Trash to treasure: What a Mediapolis assistant coach is doing with discarded helmets 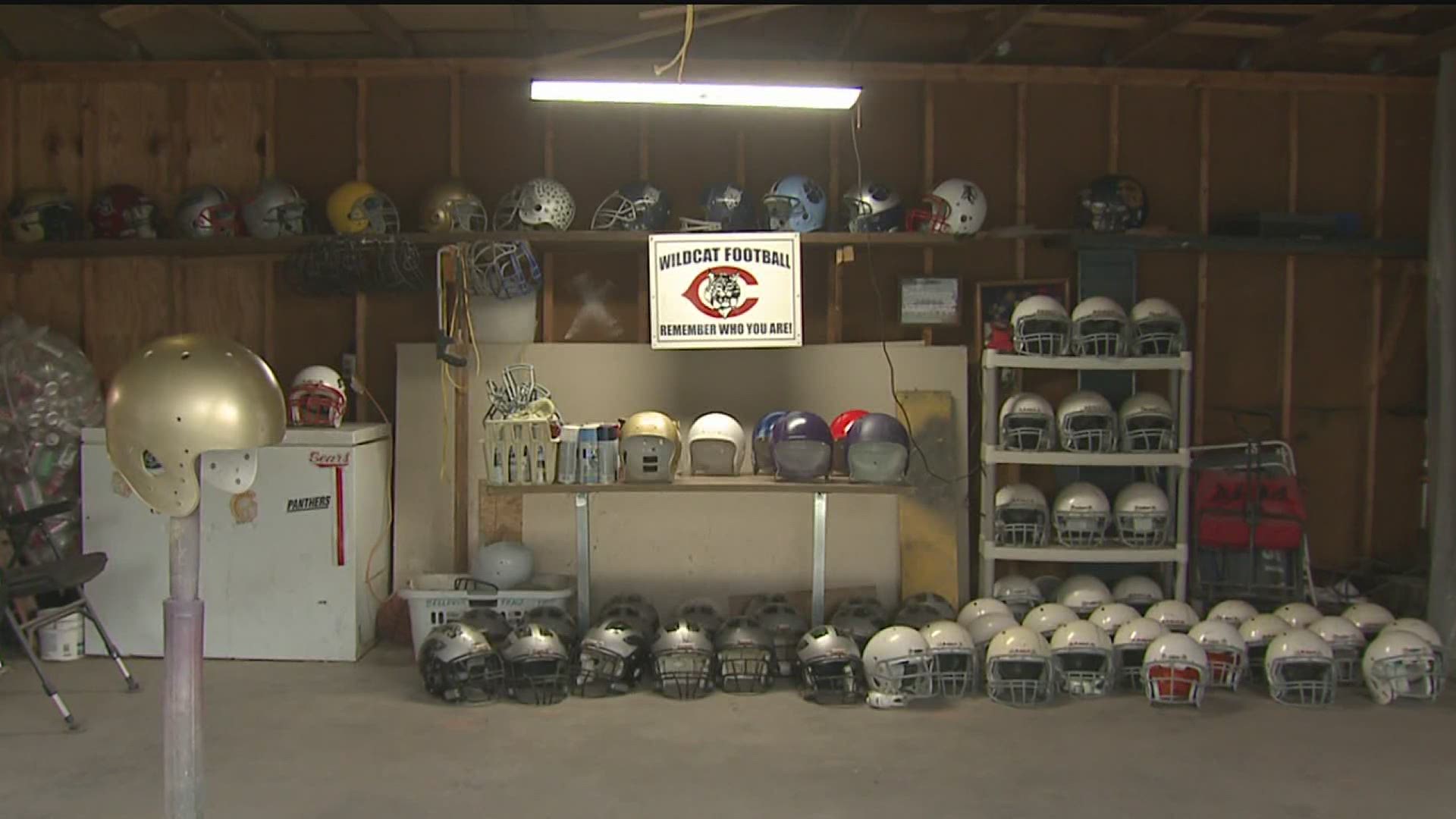 MORNING SUN, Iowa — When Mediapolis assistant coach Jeff Martin isn't on the football field coaching the Bulldogs to their next win, or workshopping players' skill, you'll find him in his garage at home, his own personal workshop.

"I've completed 66 since March," said Martin. "Helmet has an eight to ten year lifespan depending on the brand. After that it shouldn't be used for games or any sort of contact so all of them have to be thrown away. All of the ones I've had have been helmets that were headed to the junkyard."

Ankle deep in dozens of old helmets and armed with a can of spray paint, Martin's giving new life to something once headed for the trash.

"My first load was from Northeast Hamilton. They're defunct now," said Martin. "I got 33 of those helmets. They're all gone."

"This one was an Iowa State alternate type thing," said Martin. "It has an actual Iowa State decals that Coach Campbell doesn't use anymore."

And small ones, too.

But the reason why Martin started might be the most special of all.

"We got shut down March 16. Unfortunately for me and my family, that was the day my dad died. He had a massive heart attack and was gone," said Martin.

"There was nothing to do for weeks at a time. I was talking to one of my friends and I said I'd like to have an Ohio State helmet. I'll just make one. it grew from there. It keeps my mind occupied so I'm not thinking about my dad not being around anymore."

It gave him a way to cope.

"I know he would've loved this," said Martin. "But I don't know if I would be doing this if he were still alive. I don't think I would've been."

And spread joy the way his dad, Bob Martin, a coach at Columbus Community did, too.

"It makes you feel like you're Santa Clause when you see their reactions," said Martin.