Montezuma's high-octane offense propelling them to another special season

The Montezuma Braves have been in the 1A semifinals the last two seasons. This year they want that state title. 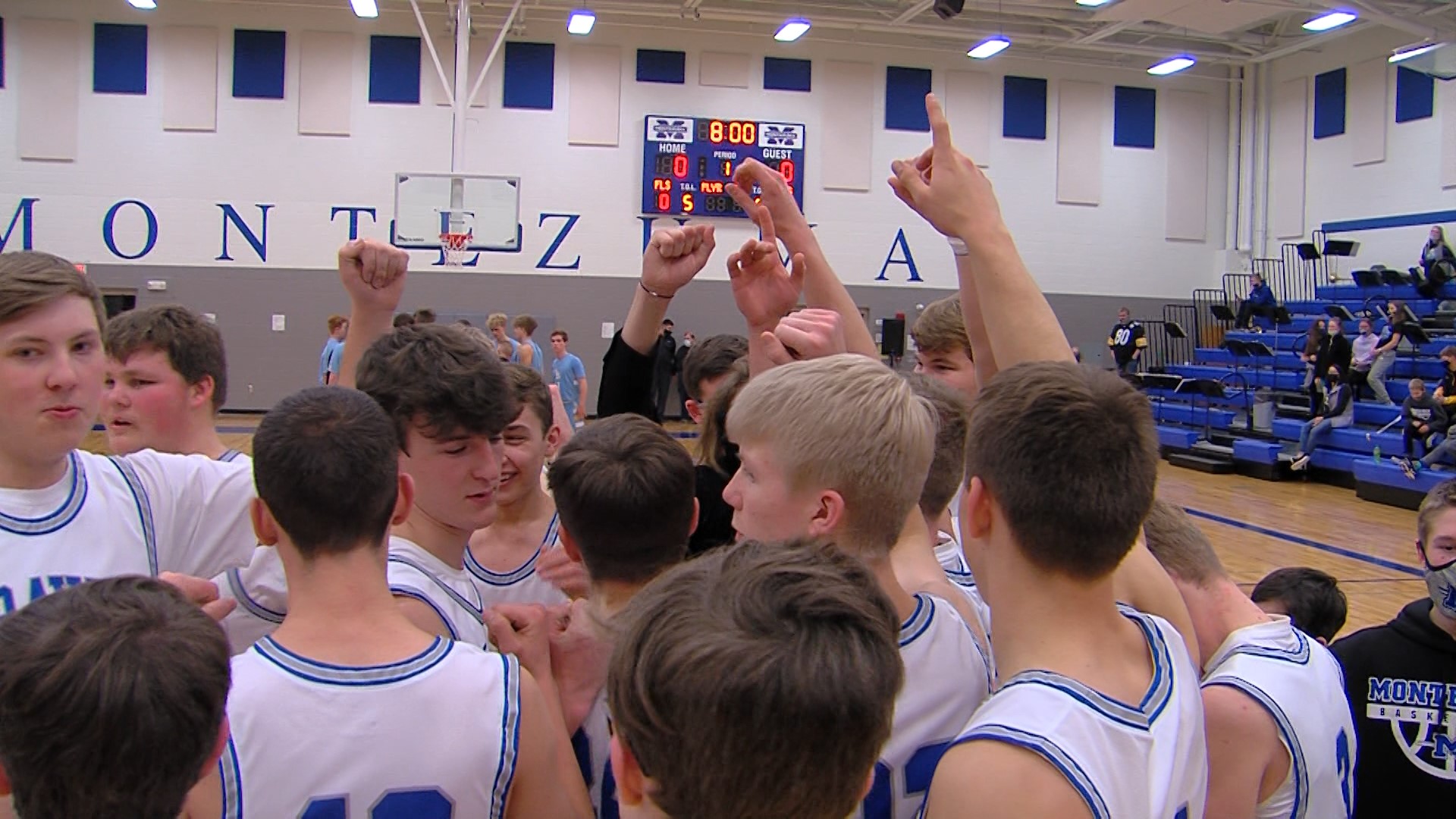 MONTEZUMA, Iowa — For Montezuma boy's basketball, points come seemingly easy. 76 points per game are what the Braves are averaging. They do that with about 10 threes per night. They're hoping that will help propel them to something not done in Montezuma since 1990.

If you're looking for one word to explain Montezuma basketball

Okay, that's more than one but you get the point, Montezuma plays fast.

“Get the ball in your hands. You can just rack up points,” said Watts.

That pace makes the Braves the third highest scoring team in the state. They have a green light from almost anywhere on the floor,

Shearer said, “I wouldn't say anywhere I think. But, you know, any good look. I get are some of these other guys are not hesitating.”

The style is nothing new, it's led them to the state semifinals back to back years. This year, it's a title, or bust.

“So just being in that semifinal game twice and not making it to the championship is motivation for sure,” said Watts.

At the top of the stat sheet Cole Watts, and Trey Shearer

Watts said, “We are pretty close. I mean, we've been playing with each other since like little league program. So, I mean, I mean we've always been there.”

Shearer followed, “Cole and I are pretty good best friends. We've been together, playing basketball since third grade, something like that second grade I don't know we've always been pretty tight. So, Cole and I have a really good relationship with each other.”

“Watching those guys grow up and then I got them in my program which is lucky me, because they've worked so hard and they've competed against each other since they were little and pushed each other to be better,” he said.

In turn, they make Montezuma basketball better, but they still have one thing left to do.

“It's always been a dream to say championship banners but hopefully we can finally do that this year. semi finals are good but they're not good enough,” said Watts.

“It'd be special you know we'd go down in the history books and that's something that we've always dreamed of, you know, winning state title would be huge for all of us. So I think, again, me being in my last year here, it'd be something that would just be awesome,” said Shearer.

RELATED: 'It's the norm': Colfax-Mingo part of Iowa wrestling evolution