ORLANDO, Fla. — The Iowa State Cyclones failed to reach the end zone on the day, as the Fighting Irish rolled over the Cyclones to a 33-9 victory. Coming into S... 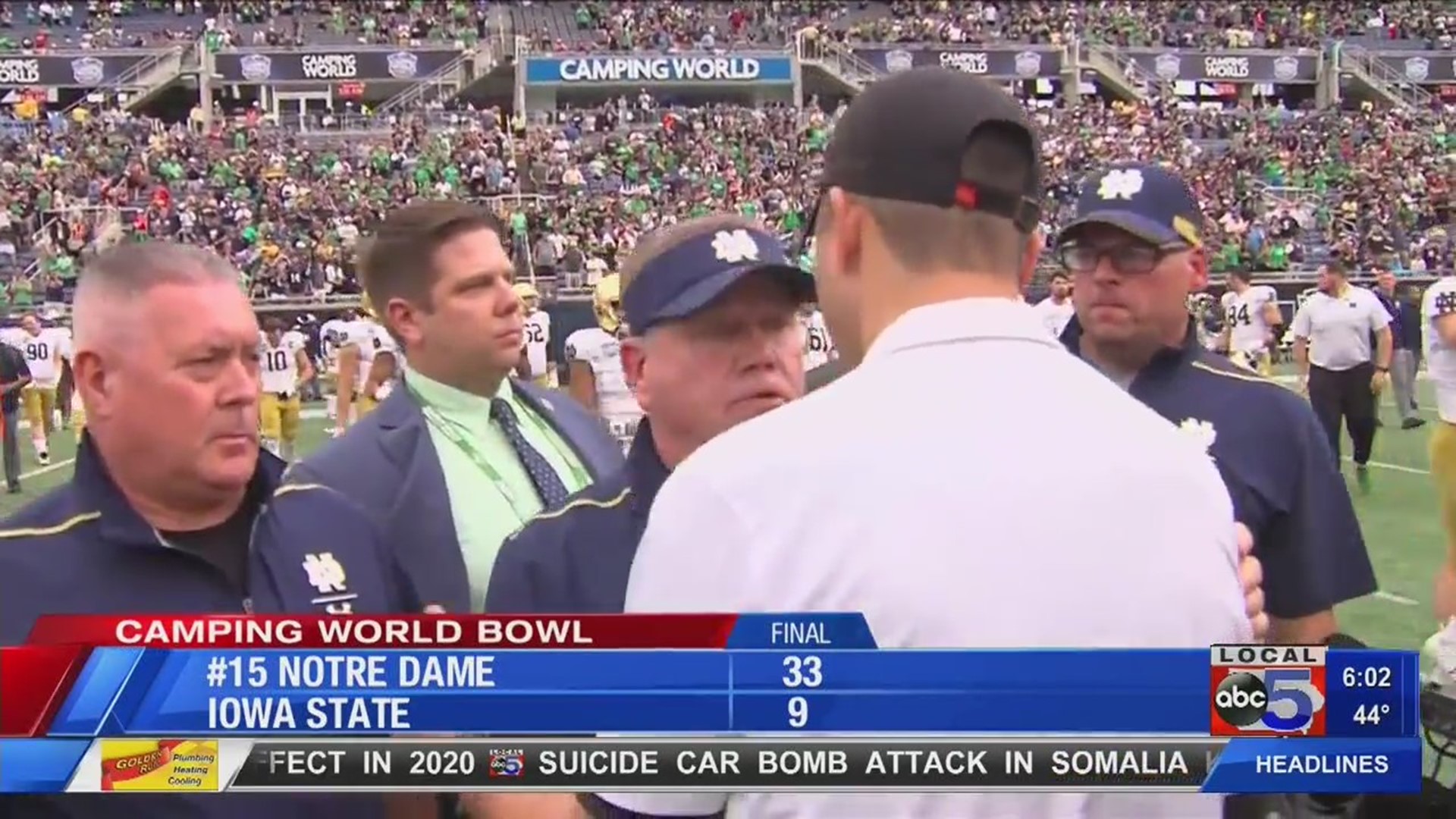 ORLANDO, Fla. — The Iowa State Cyclones failed to reach the end zone on the day, as the Fighting Irish rolled over the Cyclones to a 33-9 victory.

Coming into Saturday’s game, the Cyclones had lost five games by a combined 21 points. Today’s loss came by 24.

The first possession set the tone for the entire game. The Iowa State defense forced a three-and-out and were set to gain possession after the punt. Tarique Milton fielded the ball and ran it forward for four yards.

But the Irish would knock it out of Milton’s hand and recover the fumble, giving them a possession. The Cyclones never fully recovered.

They’d hold Notre Dame to a field goal after that, but then ISU fumbled it again the very next possession on a strip sack of Brock Purdy. ND would take it down the field the rest of the way to go up 10-0.

The Cyclones weren’t without their share of chances. In fact, there’s probably several parallel universes where the opportunities paid off and made for a much closer contest. But not in this timeline.

They made it to the red zone a total of two times in the game, each trip resulting in field goal. They turned it over on downs twice, both times stopped on fourth and one.

Notre Dame’s touchdown drives were short, sweet and to the point, with two of the three of them lasting five plays or fewer. Their three trips to the end zone took a combined five minutes and 33 seconds.

One of those touchdown drives was just one play: a record-setting 82-yard touchdown run.

Brock Purdy finished with 222 passing yards on the day – his second-lowest total behind the Cyclones’ week 14 loss to Kansas State. The running game was virtually non-existent compared to Notre Dame, with the Irish outrunning the ISU 208 yards to 45.

Kicker Connor Assalley was a bright spot for the Cyclones, as he went a perfect three-for-three on field goal attempts. His longest field goal of the day was 42 yards, a season-long.

With the loss, the Cyclones end the season at 7-6 overall. This is their second straight bowl game loss.