Ottumwa wrestler one of two girls wrestling in the state tournament

Jasmine Luedtke will wrestle at 106 pounds as just a freshman. 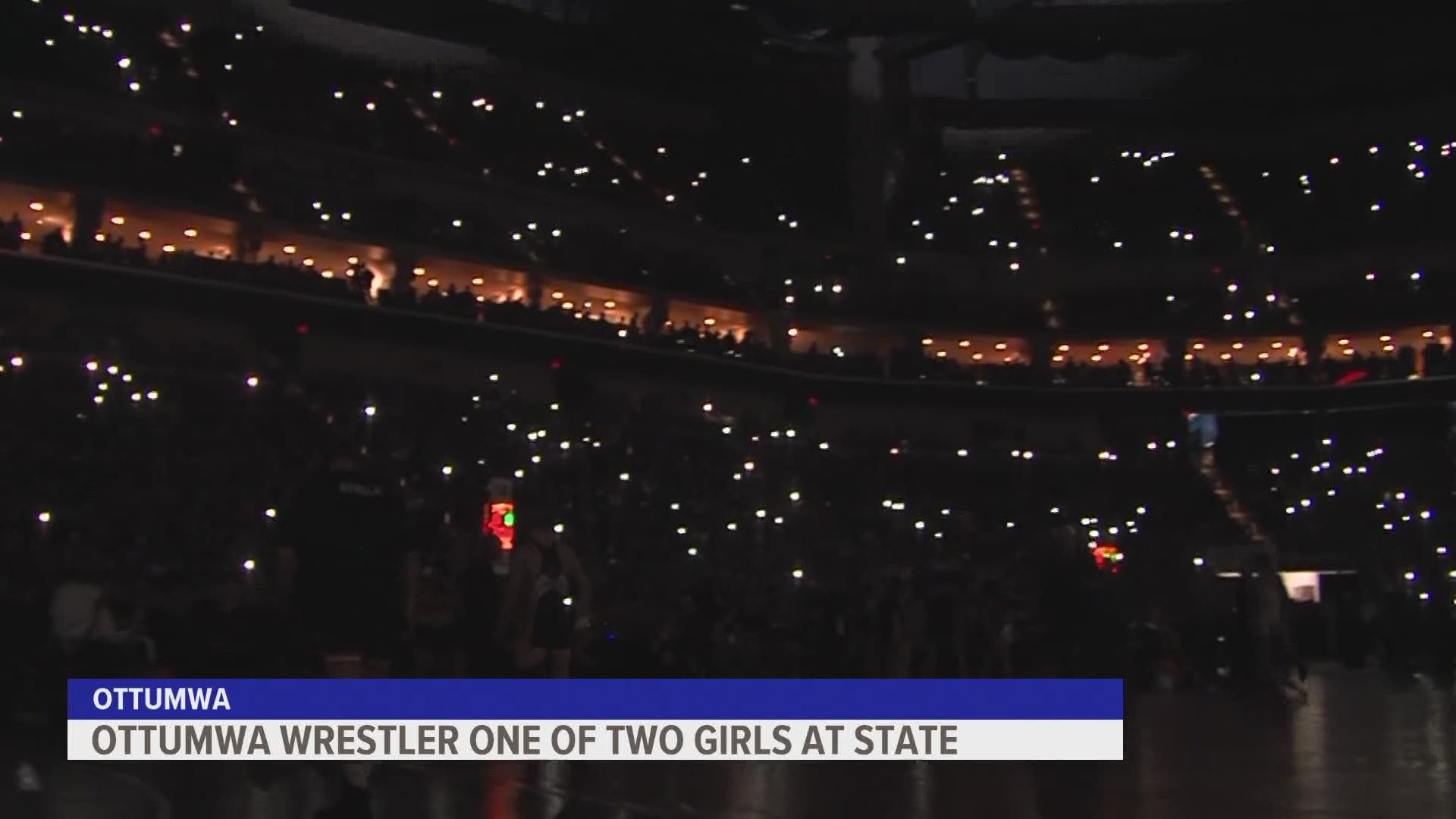 The Bulldogs have five wrestlers competing in the state tourney, which is relatively normal for the school. Jasmine Luedtke, however, will be just the third girl ever to wrestle at the state tournament.

"She's one of the hardest working wrestlers we have," Frueh said. "She busts her butt every day."

"It's pretty amazing because we are making history and [wrestling at] state is saying 'Hey, we are here. Can you sanction girls wrestling now?'" Luedtke told Local 5.

While girls in the growing sport wait for the Iowa Girls High School Athletic Union to sanction wrestling, Luedtke will also be sending another message on Thursday.

"Yeah we might be girls but we are just as good as the boys and can do anything they do."

"Not only with the growth of the girls tournament but when you have a couple girls punch their ticket in the boys side, it shows them that anything is possible," Frueh said.

Especially when you've got the drive and motivation that Luedtke contains.

"She's just never satisfied with being average," Frueh said of his freshman wrestler. "Everything she does, whether it's in the classroom, running a race or wrestling she's competitive, she wants to be the best."

That competitive nature led her to this opportunity, one that as just a freshman, she will continue to grow from.

"Even if I don't place this year I'll know what I have to work on and next year I can hopefully qualify and go further on," Luedtke said.

"They're just a tremendous inspiration for any girl that is thinking about going out for the sport. They're a great example and two great girls to be leading the cause," Frueh said.

Luedtke, along with Bettendorf's Ella Schmit, will be wrestling in the 106-pound weight class in Class 3A.