Pleasantville looking for a bounce-back win against I-35

PLEASANTVILLE — After a 4-1 start to their season, the Pleasantville Trojans have lost their last two games by a combined 61 points. They’ll look to bounc... 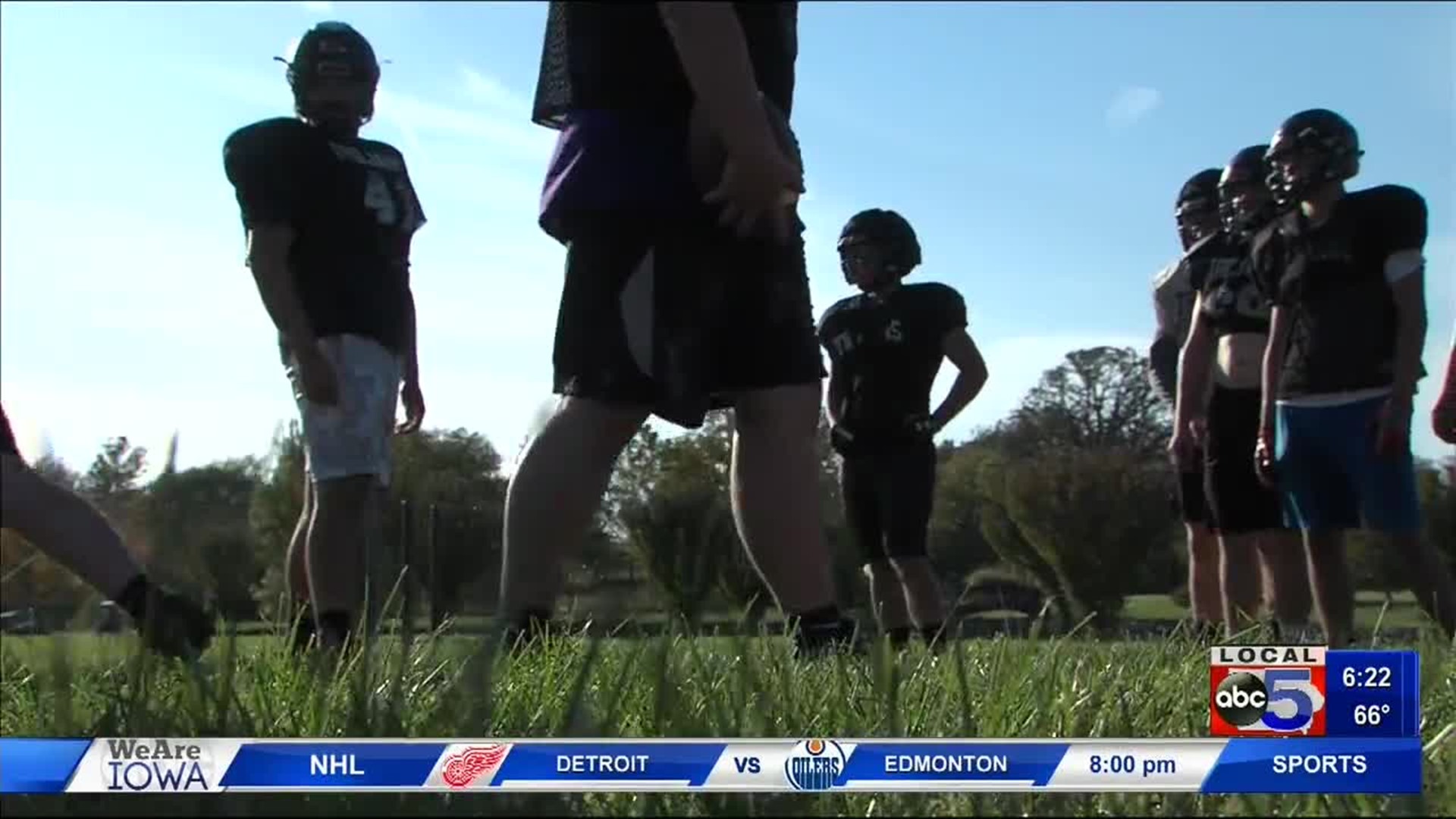 PLEASANTVILLE — After a 4-1 start to their season, the Pleasantville Trojans have lost their last two games by a combined 61 points. They’ll look to bounce back tonight at home against district foe I-35.

The Trojans lost to the Roadrunners 35-14 in Truro last season in a game which Pleasantville turned the ball over three times and allowed I-35 to rack up 332 total yards of offense. But Pleasantville junior Caylor Clark, along with the rest of the team, understands what went down that night.

“We turned the ball over too much last year,” Clark said. “It was 14-14 at the half, and then in the second half I started off with a fumble. We just got down on ourselves and couldn’t come back from that.”

This year, the Trojans seem to have a more tightly-knit group, partially due to a new tradition: Wednesday night movie nights with the whole team.

Head coach Mack Jorth has seen that, too. He thinks very highly of this year’s team, and the bond his players share.

“They’re a fantastic group of guys to coach. They’re just good dudes and they’re a lot of fun,” Jorth said.

“They’ve got a good sense of team unity. They all care about each other. They want to see each other succeed, and it’s not about them or their stat line. It’s about what they need to do to make this team the best they can be.”

After finishing last season at 3-6, the Trojans have already surpassed their win total from a year ago, and will look to tack on a fifth one Friday night.