Preseason Blitz: Kuemper Catholic looks to return to 2013 form in 2020

The Kuemper Catholic Knights have a familiar face taking over as head coach. They're looking to return the Knights to that level they reached in 2013. 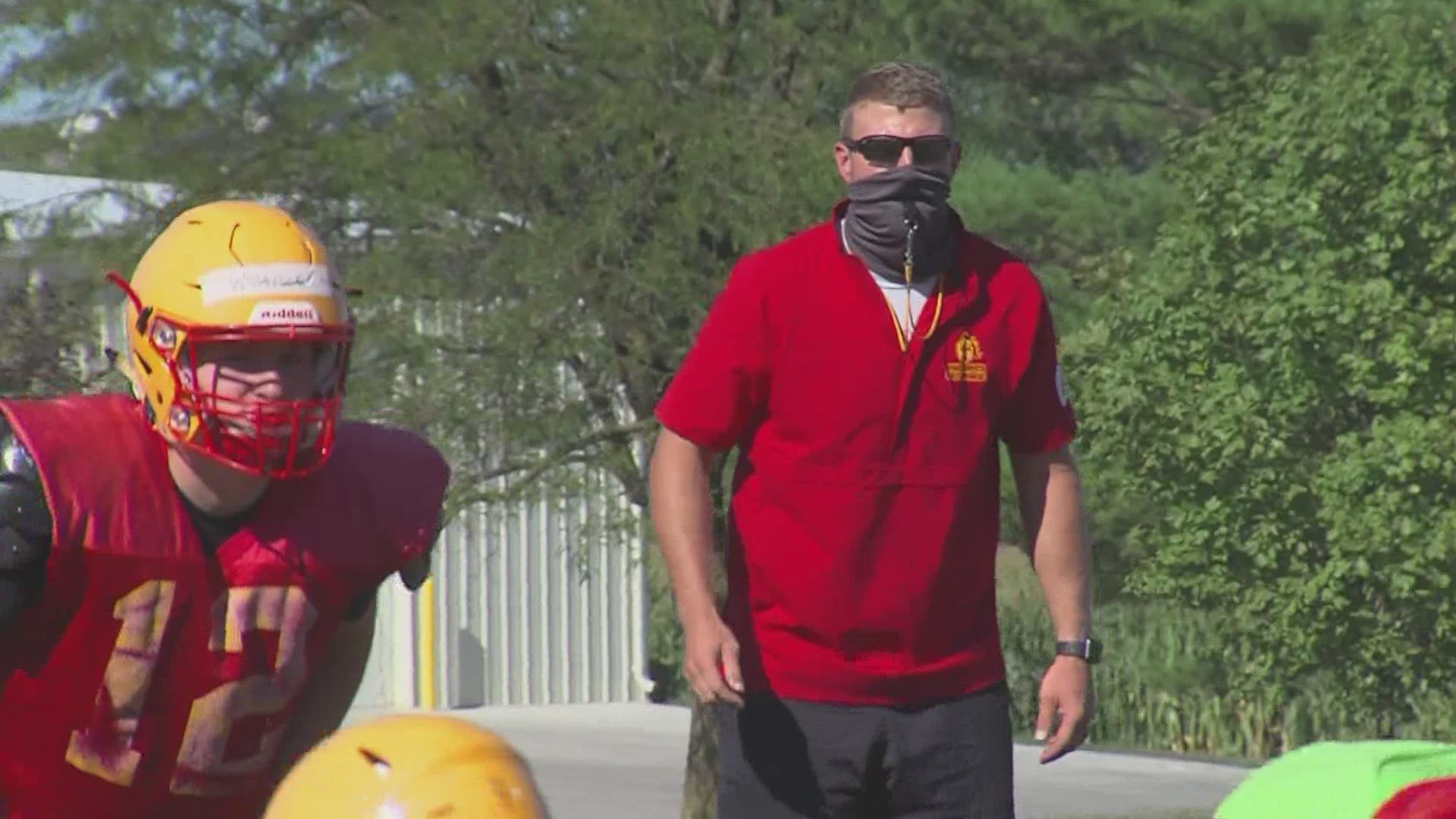 CARROLL, Iowa — 15 straight seasons the Kuemper Catholic Knights made it to the playoffs. Chad Klein was the head coach for nearly half of those appearances. Now he has moved to Boone, but a familiar face for the Kuemper squad has taken the reins.

“It’s quite a bit of change, but it’s something I’ve always wanted to do is be a head coach.”

After years as an assistant, this Kuemper Catholic team, is now Ryan Steinkamp’s to run.

“you know a lot of our philosophies are the same, kind of just changing up some alignment and technique I just think going to help them be more successful.”

The Knights know they’ll be under the radar for most opponents.

“I don’t think a lot of people are going to expect very much of us but I think we can do some damage and play really well.”

“I think we hold ourselves pretty high and our coaches hold us high so I think we’re just going to do what we can and try to fulfill what our coaches think we can do.”

Win or lose this season, Kuemper knows it’s on them.

It wasn’t that long ago, Kuemper was on top of 2A, winning a title in 2013. These seniors remember that season well.

“I remember going to almost every game going to the dome, cheering them on and I remember that kick just going just barely in that was amazing.”

That 2A title is the motivation regardless of outside expectations.

“You know we talk about that 2013 state championship team all the time, what their qualities were and how we want to match that, and I think they’re good role models for us.”

“It just kind of makes us want to strive for more and more each year just trying to repeat history.”