Former ISU quarterback Jared Barnett is now the Roosevelt Roughriders head coach, and he's looking to one of the state's best athletes to lead on the field. 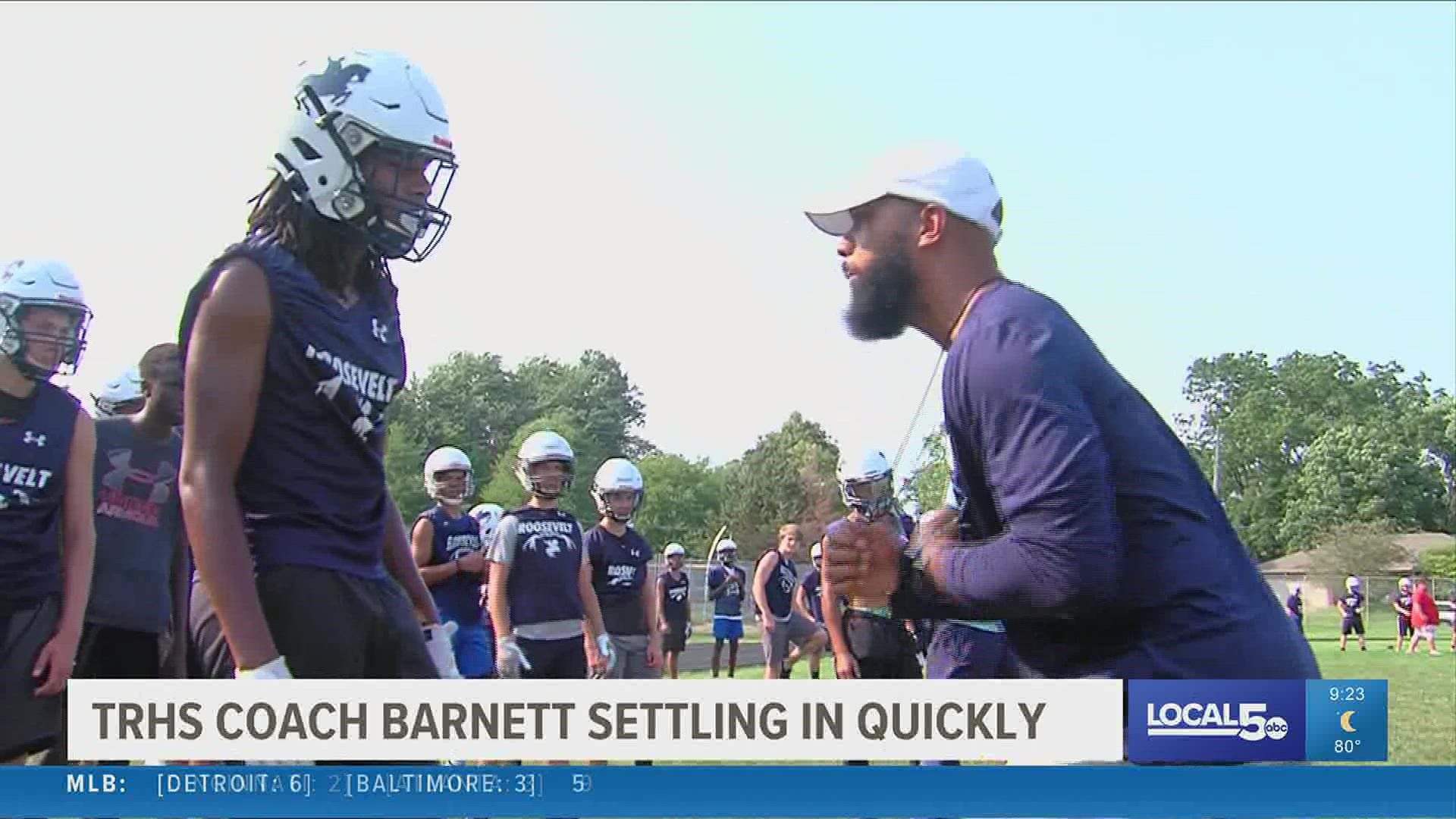 DES MOINES, Iowa — "There's really no getting back into it because I never really stopped," said Roosevelt Head Coach Jared Barnett.

He hasn't coached for awhile, but the former Cyclones quarterback hasn't quit watching film, studying the game, and  giving advice to friends who are coaching.

Now, he's back on the field every day with the Roosevelt Roughriders.

Barnett takes over as head coach for Roosevelt after the departure of Mitchell Moore, who took the head coaching job at Iowa City High. Barnett knows those are big shoes to fill.

The Roughriders made the postseason for the first time in 2 decades under Moore, now it's on Barnett to continue the success.

He said, "I know how he is as a coach, and it's really there's no difference but it's doing it in our way in my way just knowing those guys, lovin on em and doing things for them obviously outside of football and teaching them things beyond football."

Making the adjustment easier is Jamison Patton who holds an offer to Iowa State, and was a starter for the Roughriders as a freshman.

"Roosevelt has seen a lot of new coaches but this is personally my first one changing. We're all taking it in we're just going to the next and keep on fighting and trusting the process," said Patton.

He is one of the best two-way players in the state, playing both Safety and Quarterback for TRHS.

"It's good to have him on the field because he sees everything that I'm seeing now we have to get him taught our offense and our schemes," said Barnett.

Those are things Patton is picking up on quickly, along with an expanded leadership role.

"I just stay humble stay strong just try helping my guys on the way and if they need help with anything just help them and just build," said Patton.

The Roughriders are certainly looking to build off of their success from 2019,  after only getting to play two games in 2020 due to the covid-19 pandemic and DMPS choosing not to allow in person learning.

"I think we would have had a really good season and could have went far with our season that we had last year after they cut short so we're going to use it and do it this season," said Patton.

With that as motivation, you know they'll be ready week one to take on East High.

Patton said, "It's the best time of year, I'm ready to go back out there and show what our team got."