The Rams face off with Ankeny in the 4A Championship in a battle of the best two teams in the state. 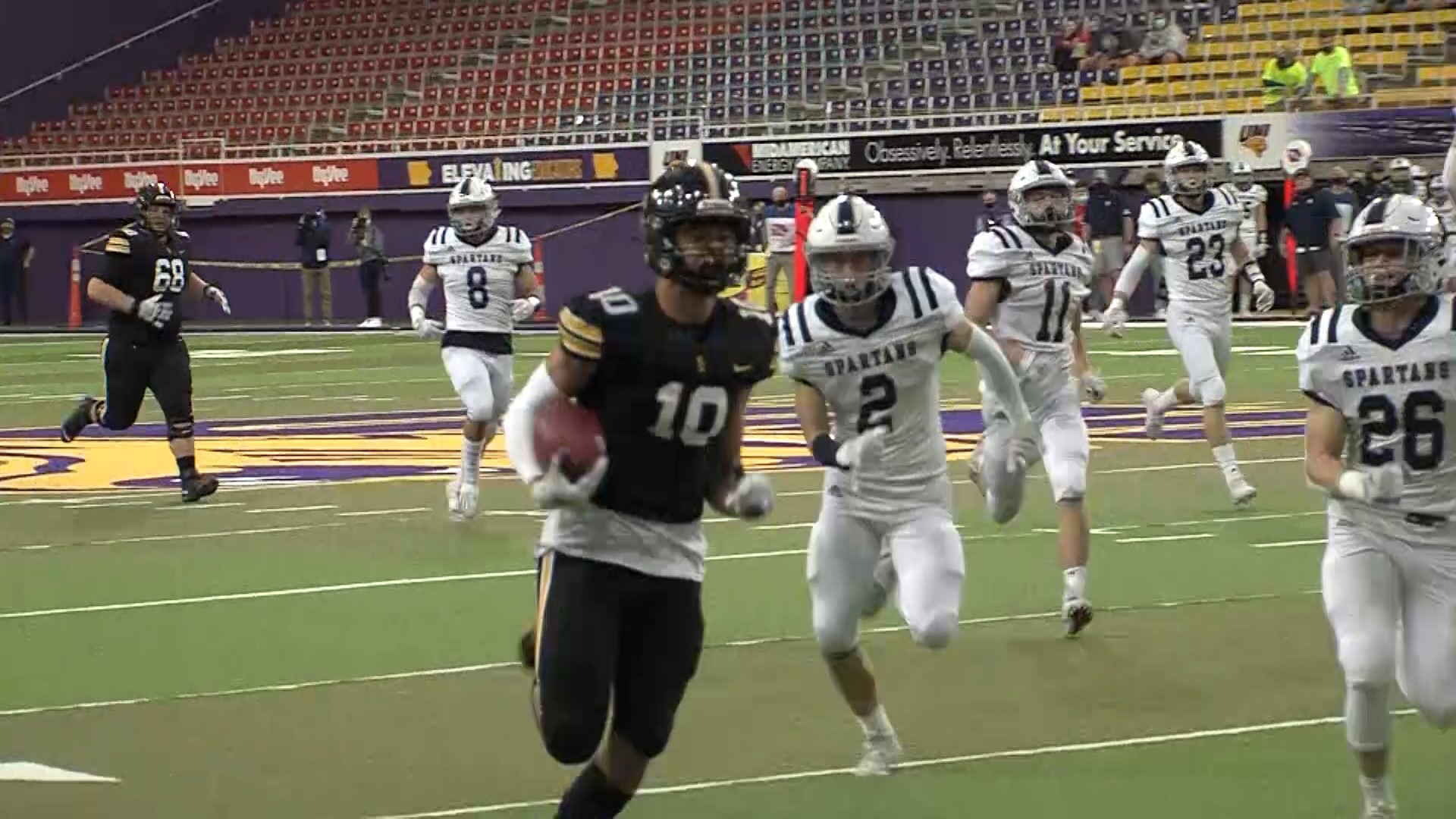 PLEASANT HILL, Iowa — The Southeast Polk Rams and Ankeny Hawks will be meeting in the Dome for the first time since 2012. That year Ankeny beat the Rams in the 4A semifinals on their way to the championship. Rams Head Coach was an assistant for SEP that season and remembers that semifinal just a little bit.

“They were a good team you know that was the year before the split and a lot of really good players led by a senior quarterback who who had a really nice career so that's all I really remember is that I was on the on the other sideline in the semis other than that I don't remember much,” said Southeast Polk Head Coach, Brad Zelenovich.

2012 seems like an eternity ago, but we have Southeast Polk taking on Ankeny in the dome once again. Titus Christiansen said, “It's gonna be game for the ages, man, great offenses going against great defenses, both sides.”

This is the moment the Rams have been waiting for.

“It's exciting, obviously. I mean, that's what you work for. all year. Obviously with an abnormal preseason and summer training and preseason camp,” said Zelenovich.

Southeast Polk has been steady as a rock this season going 10-0 on the year.

“People still still to this day, even though we're going to stay championship don't believe in us. They still think that we're not that good,” said Christiansen.

In this playoff run, the Rams have outscored their opponents by more than 42 points a game. A big part of that is the big plays from Isaiah Emanuel.

“Jaxon just been giving me opportunities as well as the rest of the coaches. And when you get opportunities, it's really easy to make plays. So I'm looking forward to doing it again this week,” said Emanuel.

Then there’s the ground attack from Titus Christiansen

Zelenovich said, “He has been consistent all year. He's a tough kid not very big, but he runs hard. He's physical. And you know he's done a nice job of create some explosive plays for us.”

But one thing that should not be overlooked. This defense is led by one of the best safeties in the state, Xavier Nwankpa, and a front that's made life a nightmare for quarterbacks. Something they'll look to do against the Hawks high octane offense.

“It will just take everyone getting in there and doing their job and, you know, make sure we get pressure on the quarterback, Don't leave the pocket, stuff like that. I think we can cover the receivers so if everyone just does their job,” said Dominic Caggiano.

That sounds simple enough, and if the Rams can do their job, they have a chance to claim the school's first football title on Friday.

“I'm so excited to compete with these guys one last time. And maybe, you know, hopefully we get a ring.” Said Emanuel.

Zelenovich added, “We're still climbing the mountain you know and feel like we're in a good spot. Obviously with one or two teams have an opportunity to compete for a state championship and we'll continue to build this thing you got to fight for it every day.”