Southeast Polk senior doing it all while learning from her past

Senior Grace Larkins is able to run just about every event from 200 to 800 meters. 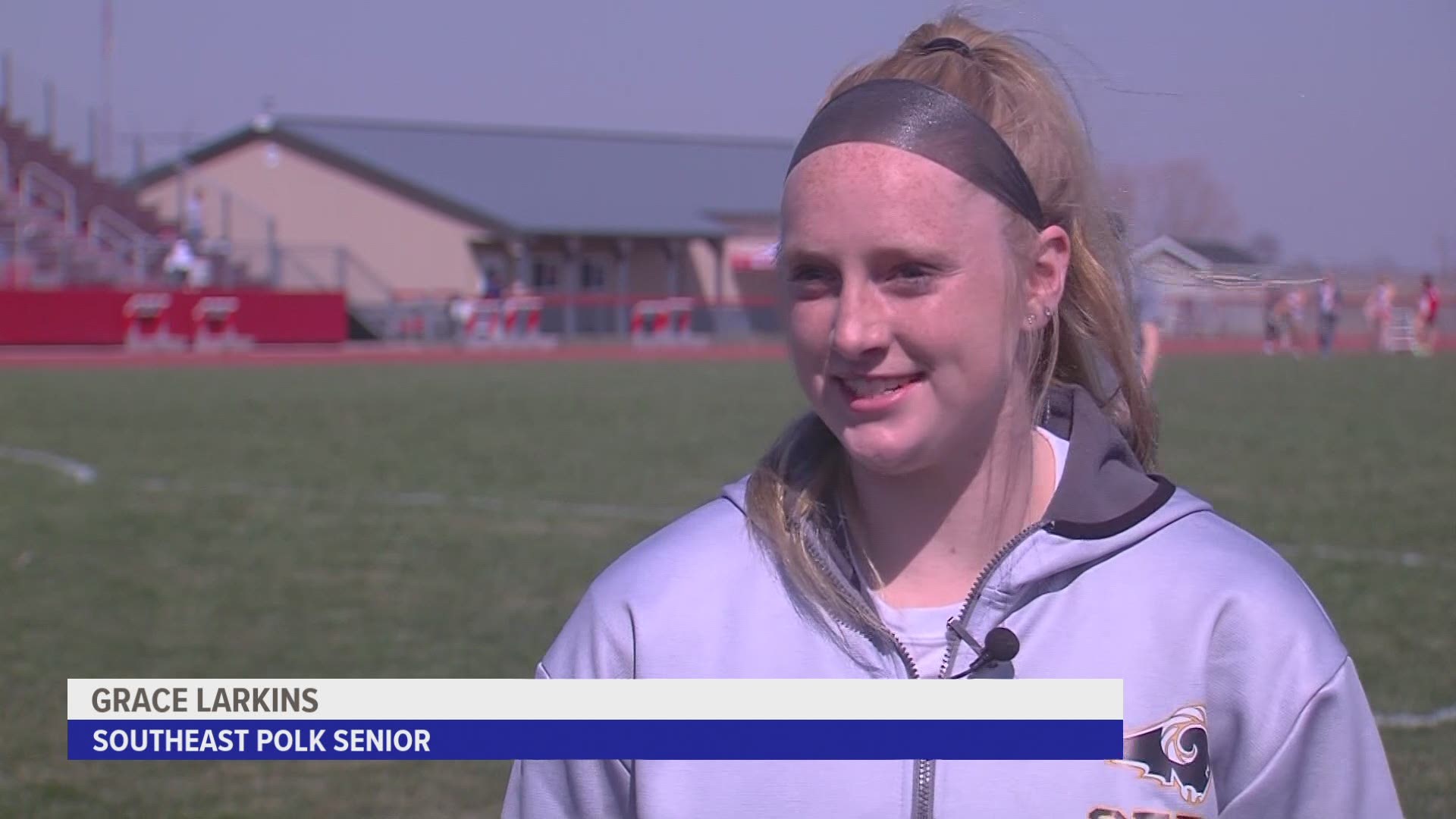 "It's not about her. She's got the least amount of ego of any top tier athlete I've seen around here in a while," Southeast Polk Girls Varsity Track and Field Coach Chad Willeford told Local 5.

Larkins does it all for the Rams.

This past weekend Larkins ran the 400-meter hurdles in just over 1:05. That is the fastest any girl in Iowa ran it so far this year.

"I've always been known as not very coordinated so it was kind of a shock when I got put into that race, but just go for it. You're going to mess up a few times," Larkins said of her mind when she started running hurdles.

Larkins knows of messing up a few times. Two years ago as a sophomore at the state meet, she messed up.

"She came across the last hurdle and she was dead even with the leader but with 20 meters left she caught a spike in the track and went down," Willeford recalled.

It is that mess up that pushes Larkins.

"There were some tears shed but, if anything, it has given her some incentive and great perspective that not everything is given," Willeford said.

A perspective that resonates after last year's lost season.

"You take for granted the opportunities that you get, especially with a season getting canceled last year," Larkins said. "We may not have even had a season this year so we are lucky to be here."

By the looks of things, though Larkins would be the last to tell you, the Rams are lucky to have her.