It came down to the second-to-last match of the dual, but SEP takes down Waukee 29-28. The Rams face Waverly-Shell Rock in Wednesday's Championship 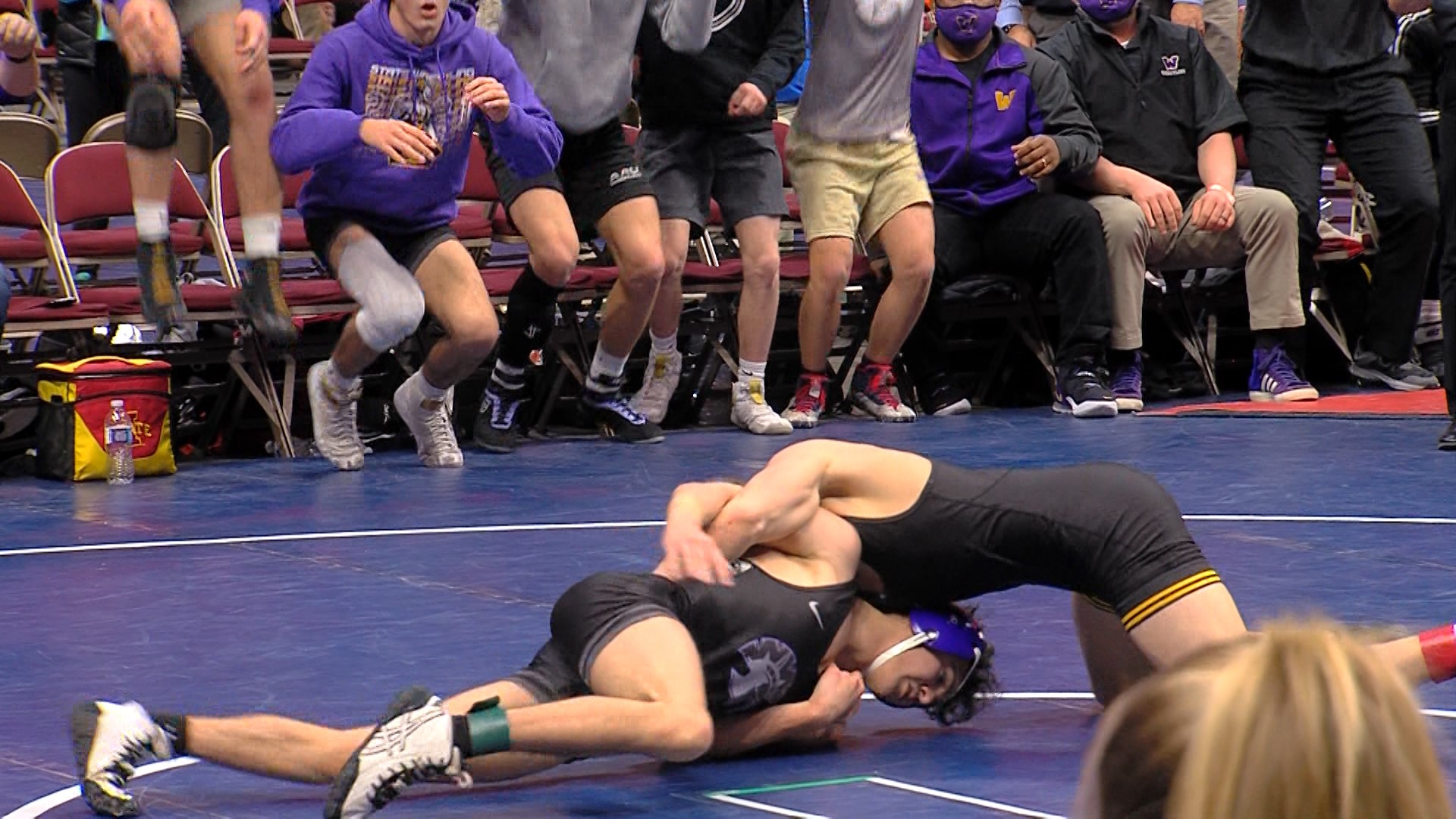 DES MOINES, Iowa — The Waukee Warriors and Southeast Polk Rams have wrestled a couple of great duals over the last couple of years, building a strong rivalry between the two. Wednesday at the State Team Dual Tournament the two met in the semifinals in a showdown that rocked back and forth before the Rams were finally able to close it out at 132 lbs.

The dual started off at 145 lbs. where the Rams built a 13-0 lead with three decisions and one major. Waukee answered back outscoring the Rams 19-6 over the next four matches tying it at 19. Nate Jesuroga and Cooper Hanson put SEP back on top at 113 and 120 lbs. The Rams sealed it up at 132 lbs. when Ayden Kingergy got a decision over Connor Kelley.

The Rams advance to Wednesday Championship dual against Waverly-Shell Rock. These two have faced off the last two years with a title on the line, SEP won both.

For a full breakdown of the matches, click this link.

RELATED: 'They own it.' Iowa girls wrestlers get their time to shine'