The SRX Series is racing's newest series, and features some of the sports' biggest names. But there's one local Knoxville driver looking to defend his home dirt. 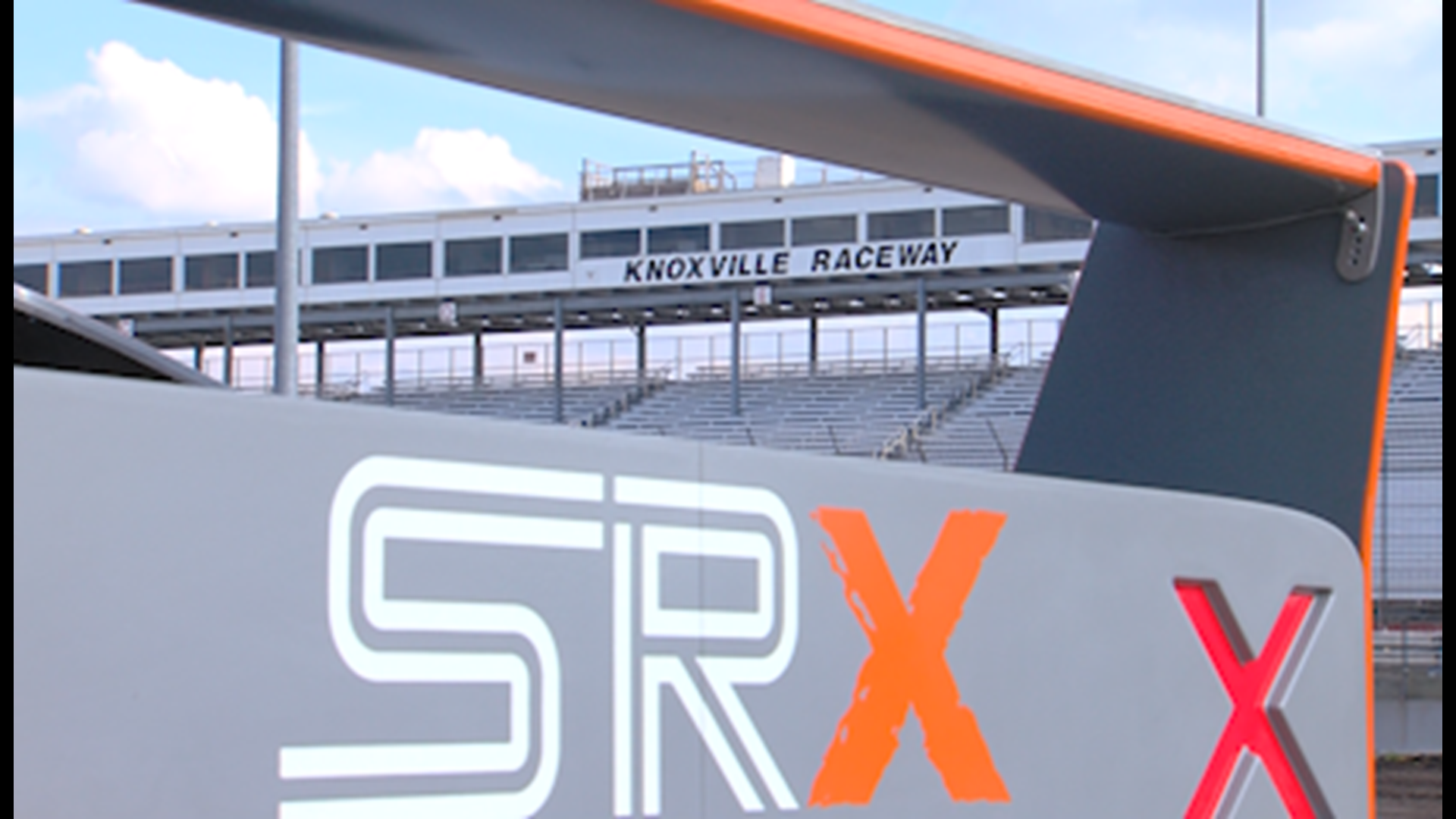 “The goal here is to find the proper gear chassis set up and balance to get all 12 cars identical so that we can have a great race for the fans when we come back,” he said.

The man behind the wheel for testing is former Sprint Cup Series driver, Ken Schrader, who says this gets  back to grass roots racing.

“We didn’t have a dirt car or an asphalt car or a road course car this is a race car a full-bodied race car. This is how it was you got a race car you go racing,” he said.

The SRX series consists of six races at tracks that reflect the same sentiment.

“These tracks are special to me Knoxville has a special place in my heart. It is one of those you just can’t beat the grass roots short track fans and we’re bringing super stars to them,” said Evernham.

“We’re taking a local hero Brian Brown he gets the rocky balboa shot here and they better watch out because Brian is liable to put the champions on their butt just like Rocky did,” said Evernham

“Obviously used to racing on wing sprint car at 150 mph and now obviously I’m going to hop into a stock car that I don’t really know anything about,” said three-time 410 class champion at Knoxville Raceway, Brian Brown.

So, for Brown, today was all about soaking up as much knowledge as he could. Still, racing is racing.

“At the end of the day it still has a couple of pedals four tires and a steering wheel you’re going to have to adapt like you would any other race track or different facility so looking forward to that and looking forward to representing all of dirt track racing and Knoxville raceway against these guys,” he said.

Don’t think Brown is just out there for show either.

He said, “My heart is once we get closer to race day the competitive juices are going to get flowing and obviously I’m going to win you just want to compete not embarrass yourself and if you can be up in that top 2-3 toward the end who knows what can happen. Might be able to pull one off for the local guys.”

GET EM WHILE THEY’RE HOT! Tickets are available:

Again, the race is set for June 19th at Knoxville. Tickets range from $30-$35 and are still available at srxracing.com.

RELATED: Carlisle's Ainsley Erzen showcases talent on the track and soccer field in the same season