State Wrestling Day 1: Class 2A with some big wins, big pins and sets the stage for the quarterfinals

Thursday night capped off the first day of the traditional state wrestling tournament at Wells Fargo Arena. Class 2A has a loaded field and it was on display. 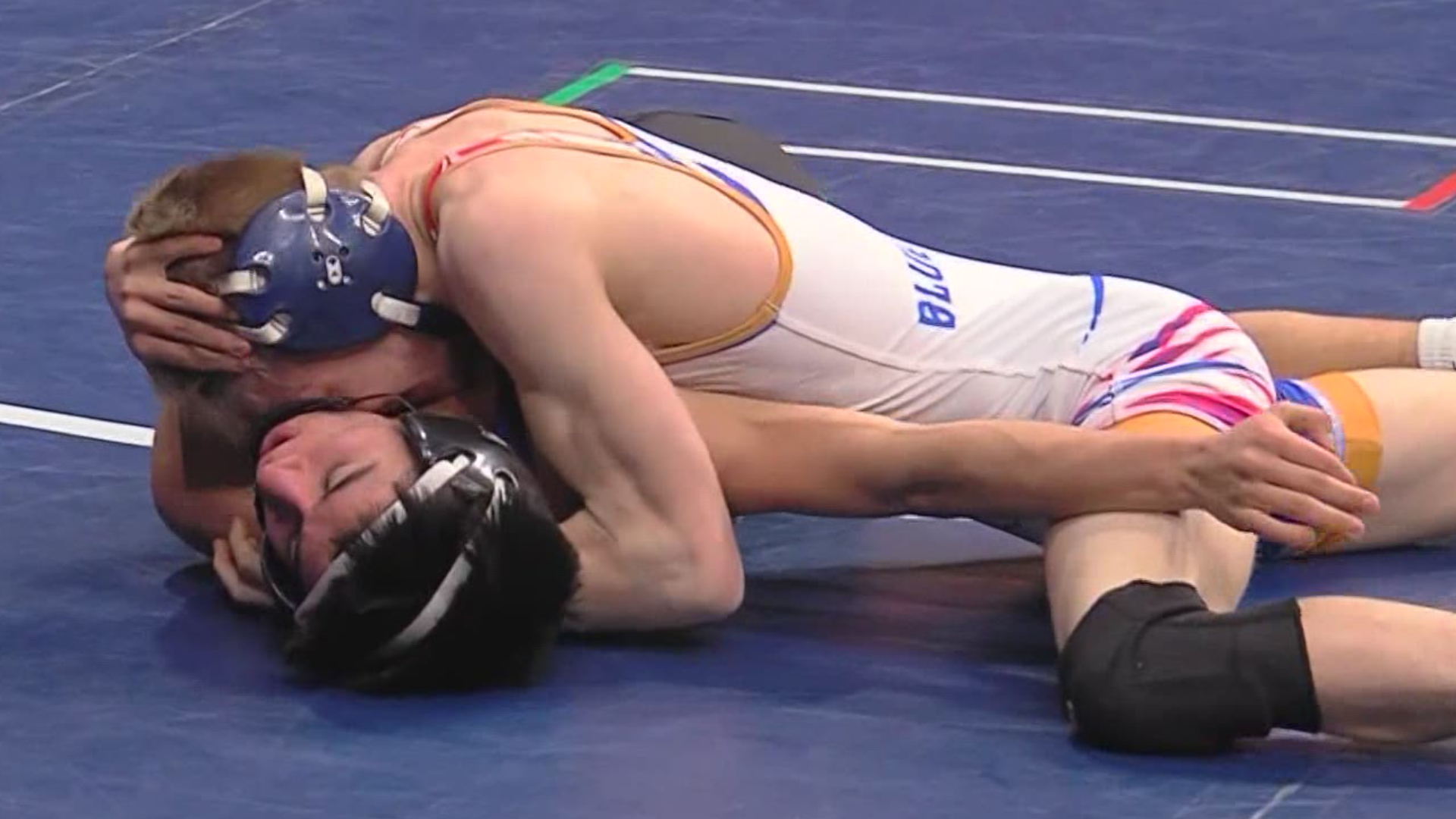 DES MOINES, Iowa — The Class 2A field is loaded with great talent from across central Iowa.

106 pounds, Albia’s Carter Anderson advances with a pin in the 2nd period for a spot in the quarterfinals.

113 pounds, Webster City has a defending champ in Cameron Phetxoumphone, and he gets this tournament started off strong with a fall in the first.

113 pounds, Dalton Rowe from Bondurant Farrar with a 5-1 decision over Harlan’s Luke Freund.

120 pounds, he’s ranked number one by predicament, Mckinley Robbins of greene county wins with a 9-4 decision.

Dominik Ridout at 126 pounds for East Marshall with a tech fall against Winterset’s Jake Porter.

Up to 145 pounds, three time champ, Matthew Lewis with a quick pin for Centerville. He’s chasing number four, and embracing his last go round.

“It’s hit me, I don’t let it get to me too much accept for after state but just going to make the best of the last few days that we have," he said.

Down to 138 pounds, Lewis’ teammate Nate Genobana with an 11-4 decision. He’s a three time finalist, looking to go out on top this year.

Genobana said, “That was one of my last times running out there for my first match so it’s good to take it in I guess, but I have one goal during this week which is a state title.”

152 pounds, North Polk’s Chance Bockenstedt wrestling well today with a 12-2 major decision. I checked with him, and he’s keeping the electric guitar at home this week.

At 182, Gilbert’s Fernando Villaescusa with a first period pin.

195 pounds, Creston's Jackson Kinsella, moves to 49-1 on his senior season with a fall in the first period of his match. He’s enjoying this one as much as his first trip to the well.

“Nah never gets old my third time to do it. It’s just fun you gotta think about where I started I mean gets a little nerve wracking but hey you live for stuff like this," said Kinsella.

Then at 285, Aaron Graves of Southeast Valley with a pin at the 1 minute mark. Keep in mind he just played basketball on Tuesday as well. The junior leading a busy life.

So @SVJags wrestler, Aaron Graves (future @HawkeyeFootball player), has a nasty cross-face. Gets a pin in the first period. Oh and he dropped double-digit points on Tuesday for the Jags basketball team. Safe to say, he's a busy man. #iahswr #Local5Sports @weareiowa5news pic.twitter.com/0USAVD2SBY

“Every week has been basketball games, wrestling meets, double practices and then come back Saturday go back to a wrestling meet then Sunday back to my workouts and then do it all over again. It’s just been a lot of fun getting to know the wrestling team then getting to balance it with basketball it’s been keeping me busy,” said Graves.

RELATED: Ottumwa wrestler one of two girls wrestling in the state tournament