DCG Boys Basketball Coach, Joel Rankin, started out by having his team share trick shots while social distancing. It grew into something much bigger 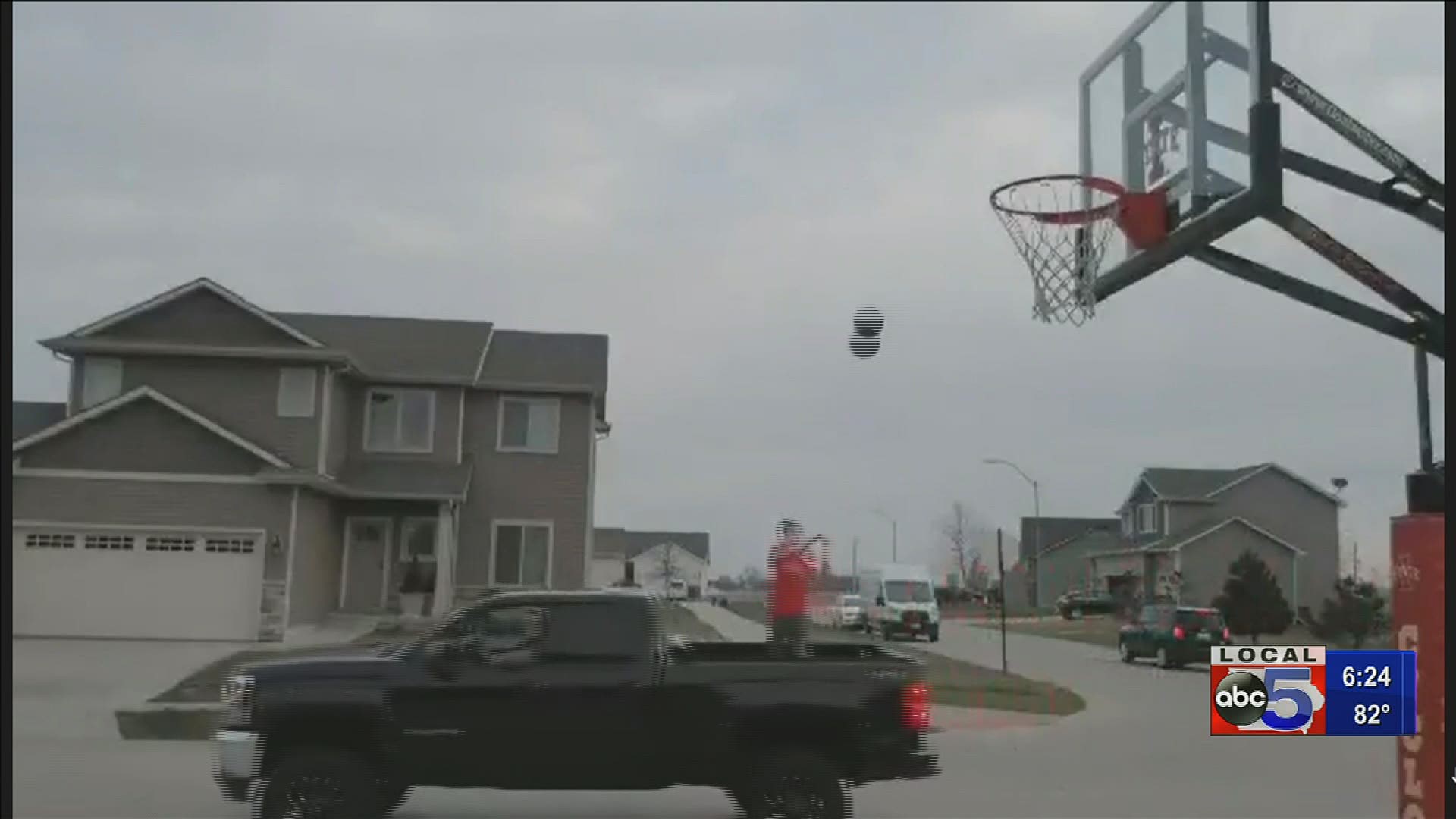 GRIMES, Iowa — Social Media has become the playground for athletes of all ages—sharing how they’re keeping up with their sports while social distancing—and here in Iowa, a lot of what we’re seeing from basketball players was sparked by a coach here Central Iowa.

"I thought lets, try this we can all go out to the driveway and just try a trick shot and send it back to me.”

For DCG boys basketball coach Joel Rankin, the trick shots were initially just for his team to stay connected.

“I was having so much fun watching them and watching their reactions—that I started challenging some that I’m friends with at other schools and then it just I just kept asking people to send me them.”

Soon the Hoops Challenge took off across Iowa.

“At first I was surprised I was getting so many that it snowballed. Winterset, Carlisle, Ballard, Grand View.”

And then it spread even further.

“I had one from Louisiana, I know Winterset is connected with Ryan Bowen from the Nuggets and he had his three kids do it so it kind of like it snowballs a little bit in a good way.”

It may take one shot, it may take hours of shots, but the pay off is what it’s all about

“Once they get it, it’s kind of cool because they persevere. They don’t quit, and they just  want to keep at it and then when they finally make it it’s like they won the lottery. It’s pretty neat to see.”

Of the many, one stands out.

“I loved our track coach Matt Priese he dressed up as forest gump running down the street- found a basketball he just shot it and kept running just like forest gump.”

The Hoops Challenge has given Rankin and so many of the DCG Boys basketball followers a relief from what’s going on, a showing of who Iowans are when things get tough.

“Iowa, they just take care of one another, have each other’s backs the response we’ve gotten from it has just been hey thank you for just doing something that puts smiles on people’s faces Iowa is definitely a place I want to be when I’m going through tough times. Because the people here are great.”

If you want to see all of the trick shots, check out DCG Boys Basketball Twiter their handle is @DCGMUSTANGBB.