The Van Meter Bulldogs' loss to OABCIG in the 2020 1A Championship has stuck with the team. They've used it as fuel for their 2021 season. 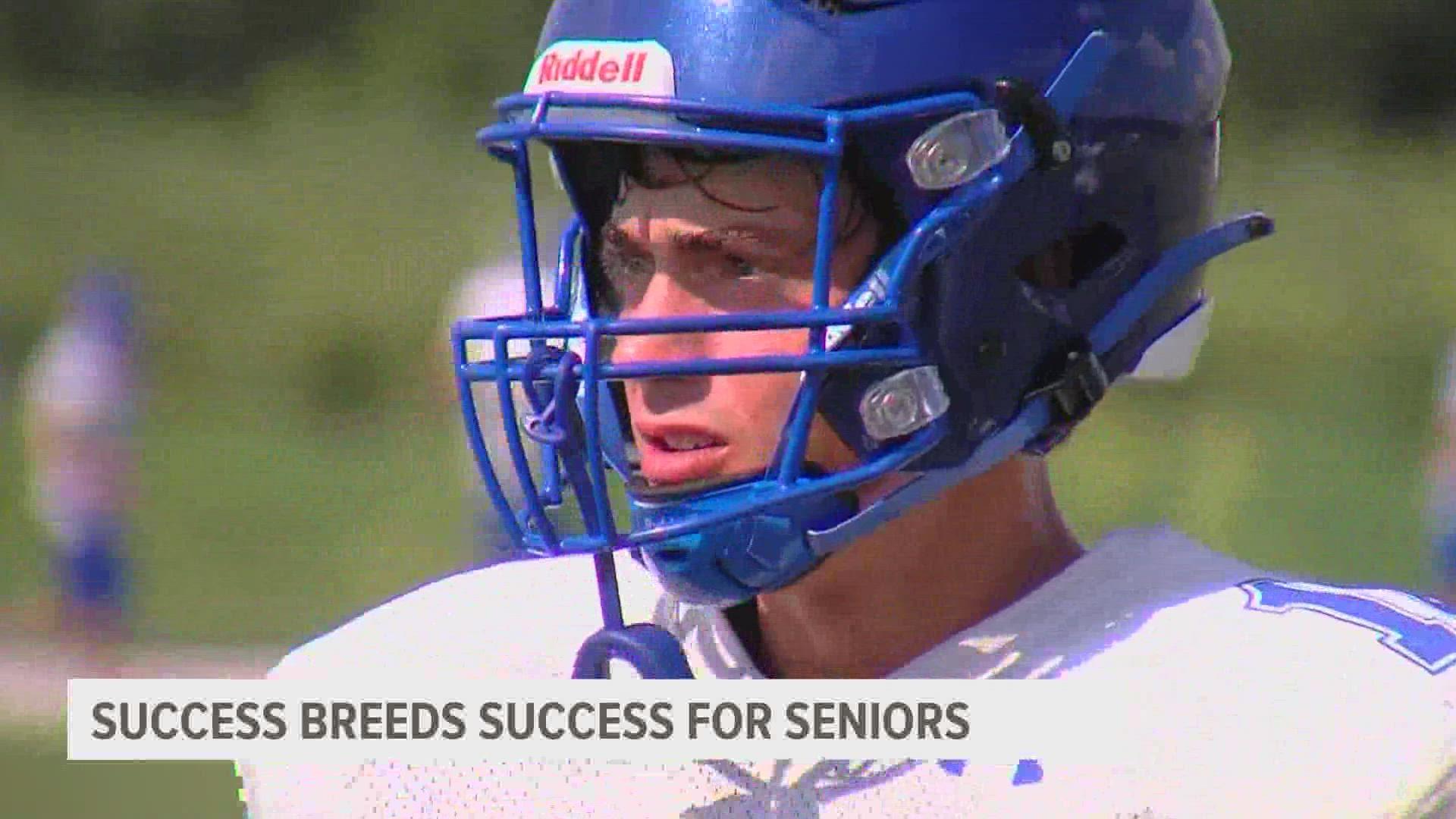 VAN METER, Iowa — "Oh, it was quiet. You didn't want to be there you can remember it just sitting down with your head down thinking about every single play every single thing you could have done different,” said senior Chris Schreck.

Last year’s championship game had a finish that could have taken Van Meter two directions. One, sulking and bitterness, or two, a new drive to be even better.

"This offseason was a lot different. Coaches said it, we said it everybody was really determined this offseason and everyone knew we had something big to work towards,” said quarterback Jack Pettit.

It's not like the Bulldogs haven't seen success before. The seniors on this team are 34-3 dating back to their freshmen year and finished runner up back-to-back seasons.

That means the Bulldogs can’t dwell on it.

Senior Corbin Barck said, "It's not the same team and we just have to work every harder and focus on week one and that's all we can really focus on right now."

Fortunately, the Bulldogs return plenty from 2020.

"There's a lot of guys that have a lot of experience playing together,” said Head Coach Eric Trudo.

Van Meter returns around 20 seniors total. Jack Pettit is back at quarterback and benefitting from a strong season of track.

"Track was huge this year getting everybody to be a lot faster, I myself made it to state and was a really cool opportunity and I think speed is one big thing that will help us this year,” he said.

Then there's the guy no one on the team likes tackling in practice, and for good reason.

"I would say Dalten, Dalten is a pretty strong runner."

"I don't know, Dalten can hit some holes pretty hard when he's at running back."

"Oh Dalten. He's a mess to bring down. You don't want to dive at his knees because you don't want to hurt him so if you go up high he can throw you to the ground pretty easily."

Spending the afternoon with @VMFootball_ As the Bulldogs get ready for another run at the 1A title. They were 3 minutes away from it a year ago. How that fueled them tonight on @weareiowa5news pic.twitter.com/DceazJ0ai2

The defense was the crux for the Bulldogs winning ways in years past, and will be again in 2021, as they chase the state title they've dreamed of since they were kids.

"We feel like we've played with this group of guys for almost ten years and we've always been successful so we feel like this is our year if any year,” said Schreck.

Barck said, "We want to be the ones to do it but we can't focus on that right now all we can do is focus on week 1 and control what we can control right now."