The Sandfort brothers are just two of the highly-touted recruits on the Waukee Warriors Basketball team. 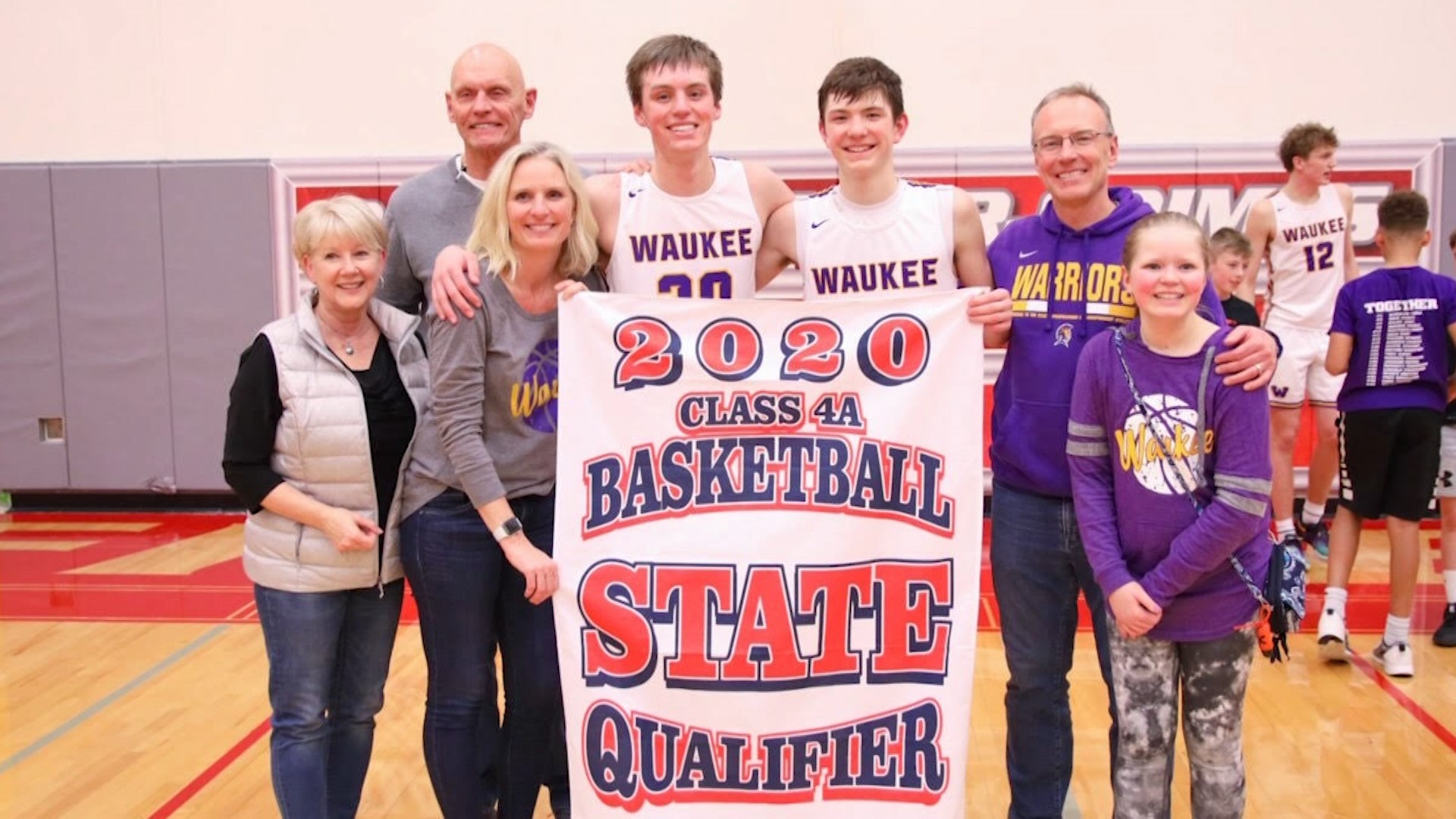 WAUKEE, Iowa — It's not very often a high school team has four Division-I talents on its roster.

"They all really push each other,” said Waukee Head Coach Justin Ohl.

"They both have really good chemistry but they both push each other to be the best players they can be,” Ohl said.

It's chemistry that started not in a gym, but as brothers on a driveway.

"It never usually ends peacefully. There's always a big fight I remember one time in specific we had the Christmas lights up. We launched the ball they came down just lots of fights,” older brother Payton said.

They are brothers after all. Now they've found a more productive outlet in the fieldhouse of the defending state runner-ups.

Payton said, "Getting to do it together and do it here is something we've dreamed about our whole lives."

The Sandfort brothers are no stranger to Waukee. Their grandpa holds the school record for single game points.

It's a Waukee family.

"My parents grew up in this district so being able to represent this community and this town has been a really cool thing,” Payton said.

“They're really happy. They were hoping we could play together our whole lives so they're really proud of us,” Pryce said.

Now the important question, who is better?

"He'll debate you about the question right now, he thinks he's got it,” Payton added.

"I gotta say me. I'm younger and I still compete with him pretty well,” Pryce said.

"I think he's going to be a great player, I'm super excited and hopefully we can get him to Iowa when it's all said and done,” Payton said.

Big brother is already recruiting, but before that, they've got some business to take care of this year, together.

All the glory to God! pic.twitter.com/BuwvGBGra7

RELATED: Berg found the road back home with the Drake Bulldogs