Woodward-Granger gets a new look for motivation

WOODWARD — The Hawks are ready for their homecoming showdown, in what will be the coldest game of the year so far. But, the Hawks have been red hot lately, fuel... 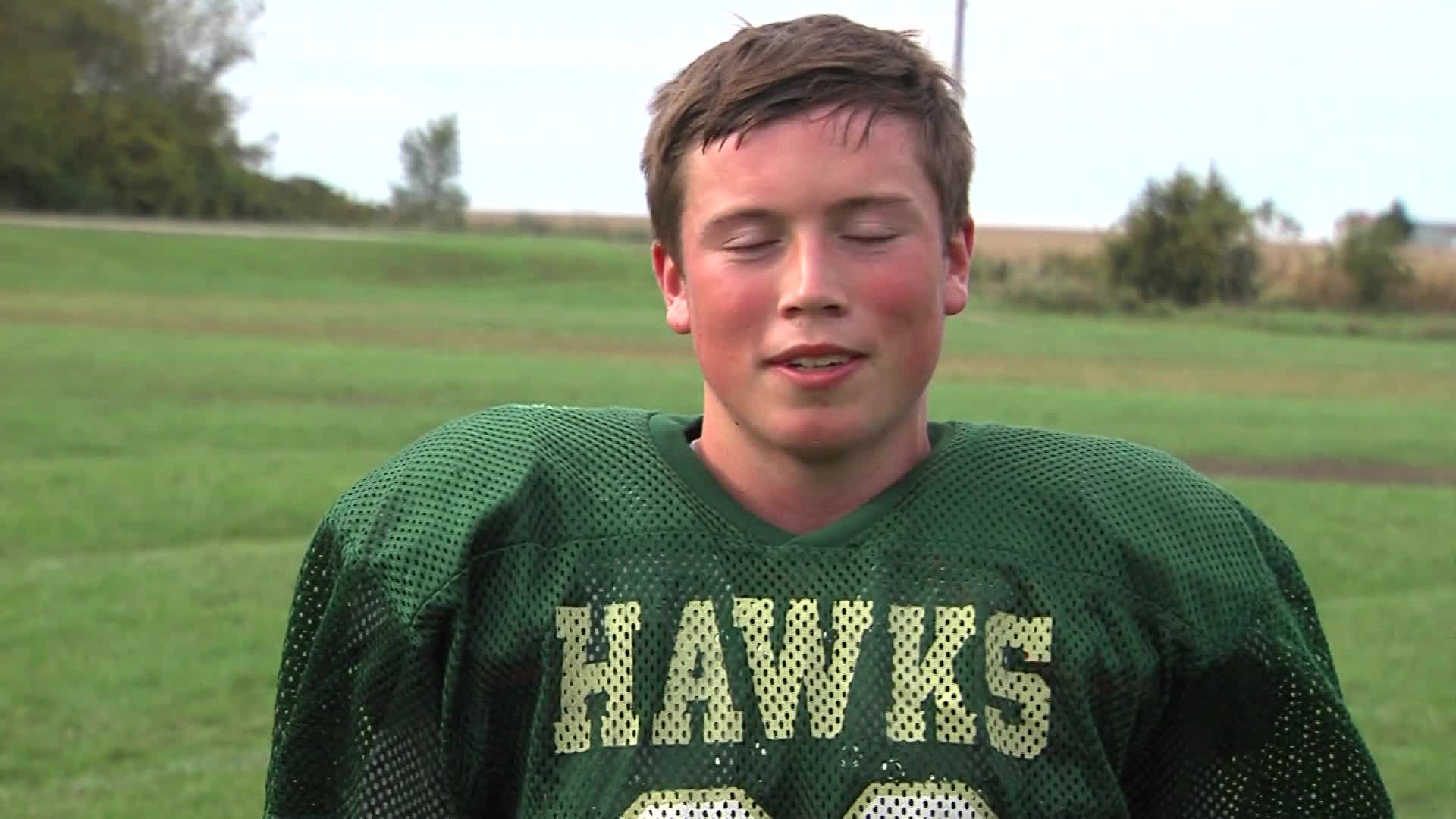 WOODWARD — The Hawks are ready for their homecoming showdown, in what will be the coldest game of the year so far. But, the Hawks have been red hot lately, fueled by the change in hair that their head coach made just a couple of weeks ago.

At 4-2, Woodward-Granger is right where they were last year. This time, with a different look.

“It was his own motivation to beat I-35. Our past couple years we haven’t been able to beat them and it kept us out of the playoffs,” senior running-back Tate Lettow said.

“We had to break that curse. So that’s how the hair change came. They said ‘coach if we beat them can you do your hair and I was like well it’s hair it doesn’t matter,” head coach George Ashman said.

The gold locks and gray beard came around two weeks ago, and stayed when Woodward-Granger thumped Woodward Academy 60-6 last week. So how do the players feel about it?

“We like it. It’s something different. It means we are winning. We are doing something right if he’s changing his appearance like that,” senior running-back Bryce Achenback said.

“Winning means a lot to him so when he does something like that it fires us up for sure.”

That’s Reese Jamison, who just so happens to be the Hawks quarterback and leading tackler.

“It’s fun to see a quarterback be the middle linebacker and be the signal caller on both sides,” Ashman said.

“No I don’t get a snap off during the game. We do a lot of conditioning during preseason,” Jamison said.

With a lot of senior leaders playing both ways, the Hawks will need that conditioning to make it three in a row. That, or some good luck from the golden hair.

“If that motivates them as long as I told them I’ll never shave it. I will never go bald,” Ashman said.

Tune in tonight at 10:35 for all your high school football news with Friday Night Blitz here on Local 5.