The Woodward-Granger Hawks haven't been to the postseason since 2014. Everyone qualified in 2020, so this team is out to prove they belong 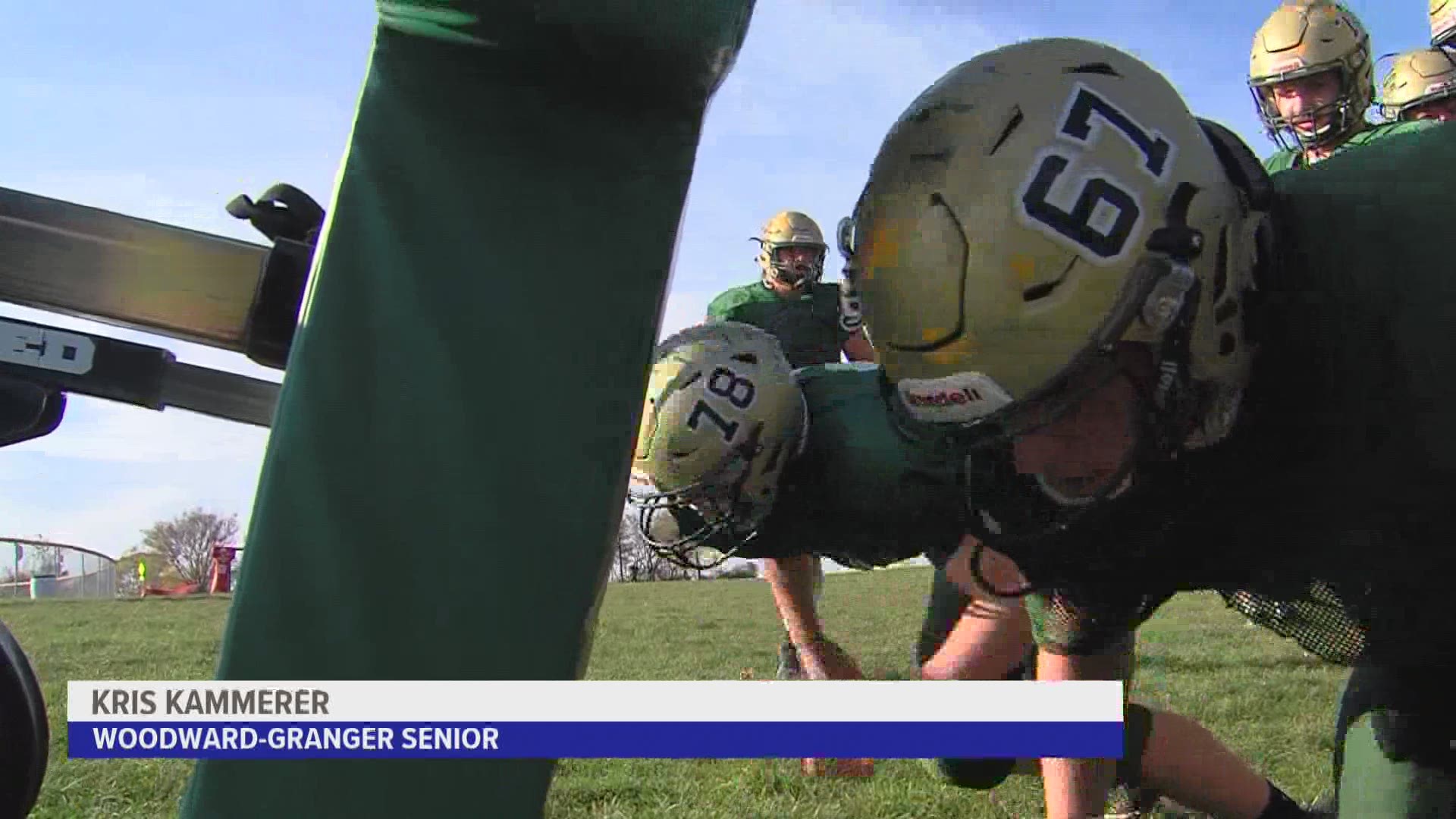 WOODWARD, Iowa — "0-0 is what we drew on the board. Last night and film and, and just said, you know, you got six to go." said Woodward-Granger head coach, George Ashman.

Something feels weird about it. But we're in week eight of the football season.

"Our seasons actually done now. We're moving straight on to playoffs and that's another interesting thing we immediately go to playoffs."

It is 2020 after all. The first trip to the postseason for Woodward-Granger since 2014.

"Especially for this week since it's also new we're just working out some kinks just gonna go play our game, everybody's excited to play in it so we're ready to go."

The Hawks are coming off of a loss that looks worse on paper than it actually was: 41-0 to Van Meter still a lot of lessons were learned.

"When you make mistakes against a good team they're gonna make you pay for it and I think they learned some of that from their having played our best game yet, you know, Coach harps on us for that."

Now, it's win or go home and the Hawks are not taking it for granted after being the first team left out of the playoff field, the last two years.

"We've always gotten so close yet so far. I mean, point, point zero something away from making it, you know, so I mean everybody makes it but after this first week we'll see you know who's who's all really proven to be in there."

If These hawks prove they belong. They'll get the swag to show it.

"They can't get one of these until they if they win this Friday so that's been kind of a push for them to they're like coach we're gonna get a shirt."

"If we would have lost the first game of playoffs we're to lose this next game. I believe I don't believe we should we should get the shirts."