After Friday's semifinals, 84 wrestlers still have State Title in sight 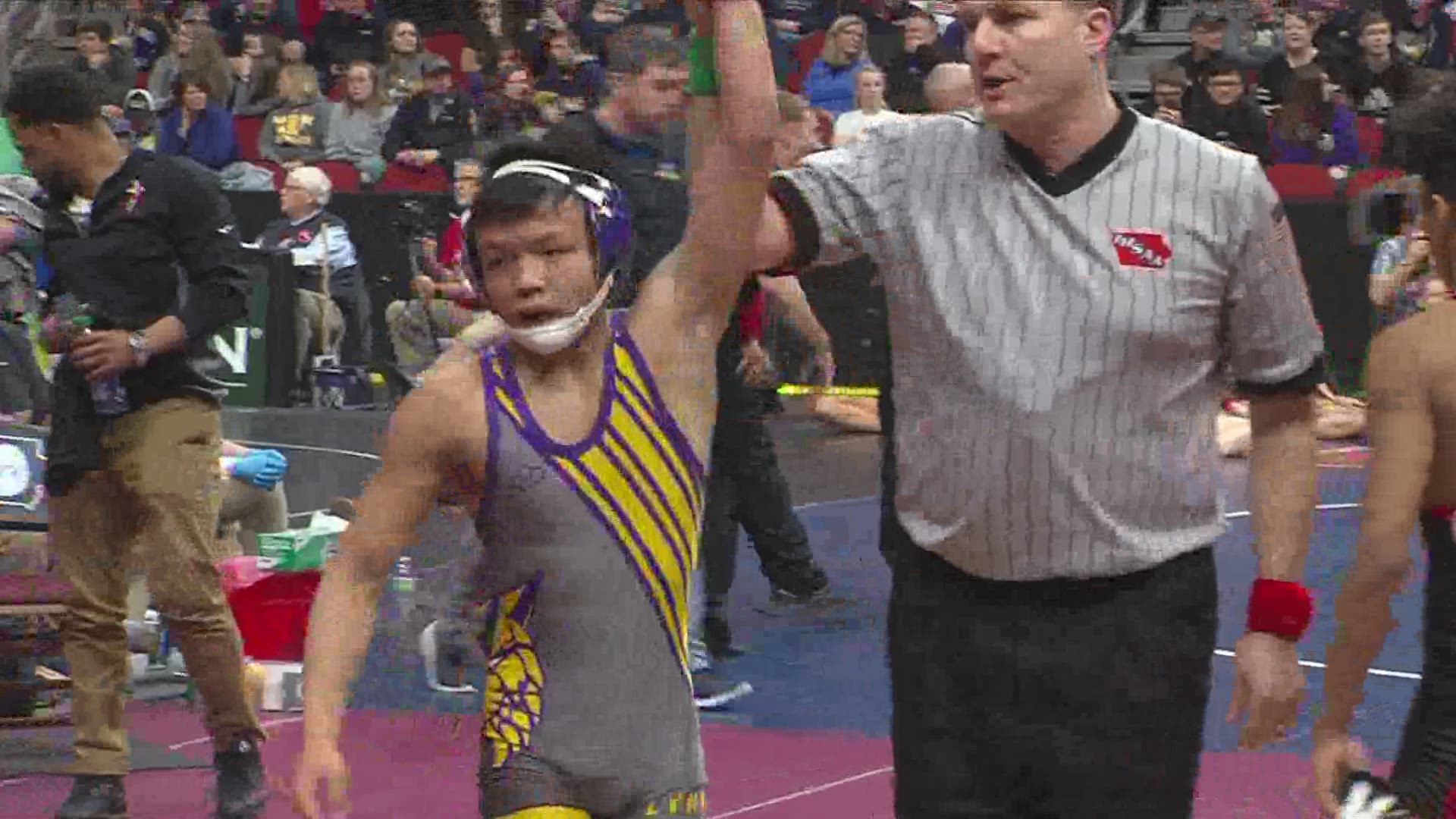 DES MOINES, Iowa — Friday at the Iowa High School State Wrestling tournament may be the craziest day of the year. With 3A,2A, and 1A Quarterfinals running through the mid-afternoon and semifinals following, it's none-stop action on the eight mats at Wells Fargo Arena.

Local 5 Sports Director, Jon Schaeffer, and Local 5's Matt McCullock, recap a busy pair of sessions for the semifinal action as wrestlers look to punch tickets into the State Finals on Saturday night.

If you missed the quarterfinal action that aired on Local 5, you can find it below.

RELATED: One step closer to the finals in State Wrestling

Among the many wrestlers competing in Friday's semifinals, Woodward-Granger's Cody Fisher who is now a 4-time finalist after winning his 220 lbs. semifinal with a major decision. He'll look to become the first Hawk to ever win two individual State Wrestling Titles. Centerville will have three wrestlers in final matches.

In 3A, Drake Ayala is also back in the finals to go with his Fort Dodge teammate Carson Taylor. Southeast Polk's Gabe Christenson is chasing back-to-back championships as well. He'll wrestle at 195 lbs.

In all, Central Iowa will have wrestlers in 22 matches on Saturday night. The Finals begin at 6 p.m. with the Grand March starting the festivities. Look for the championship highlights on Local 5 as we will have full coverage of the matches Saturday night at 10.

If you want to relive the Opening Day from the Traditional State Tournament as well, you can catch those highlights in the video tabs below. 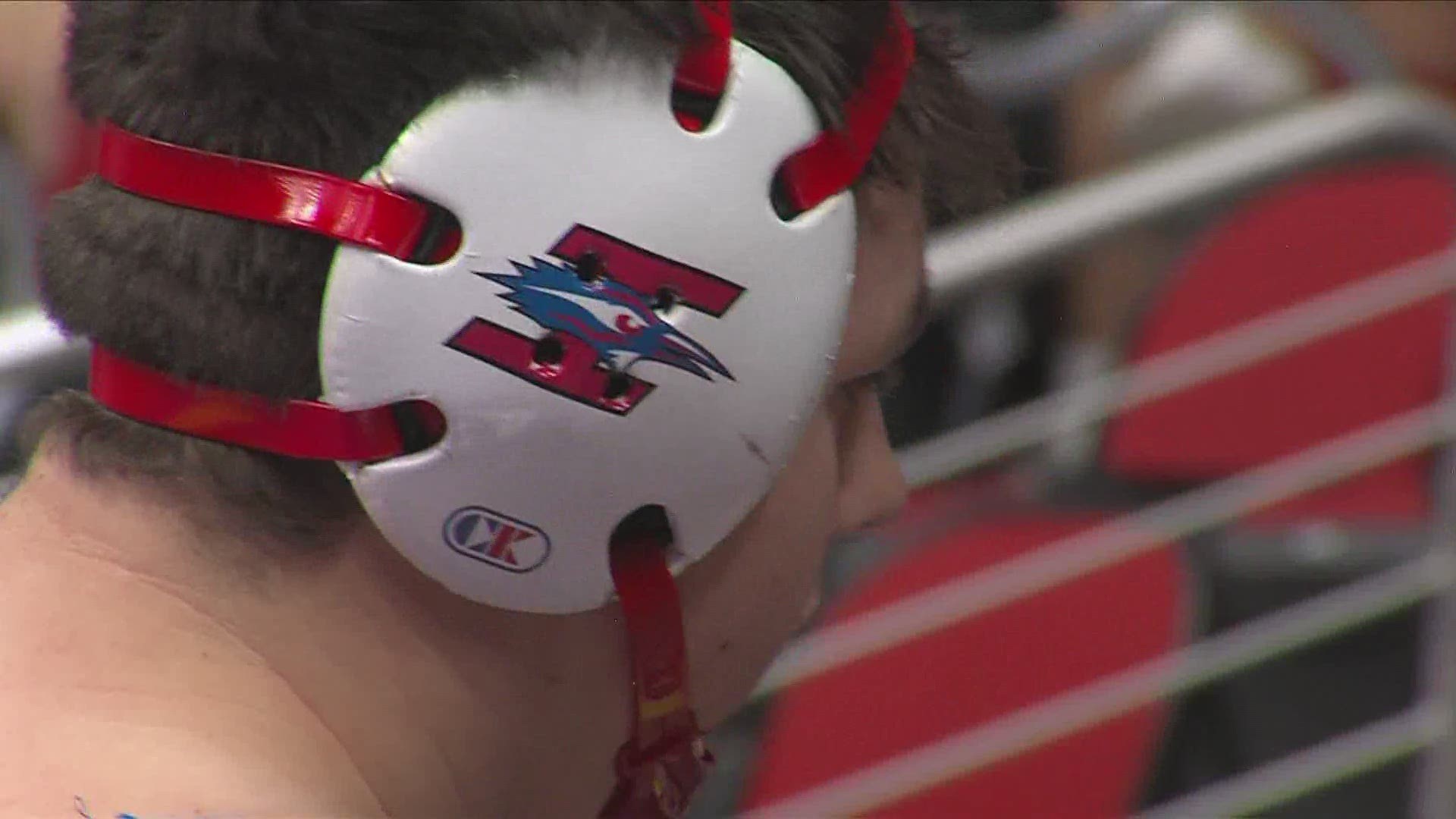 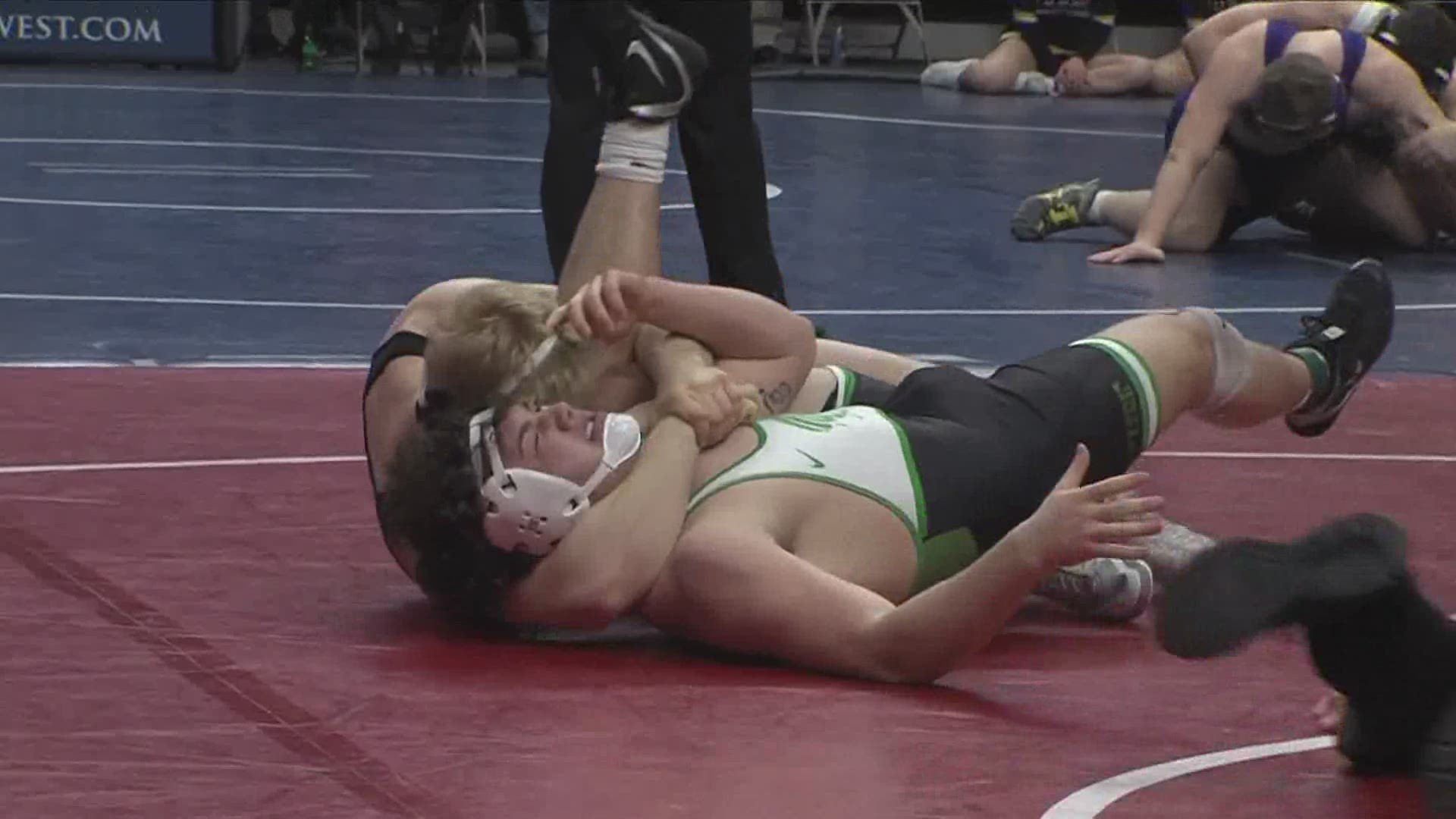