What is the next NFL quarterback domino to fall this offseason?

As the league gears up for the NFL Draft next month, there will likely be some big movements coming in the next few weeks. 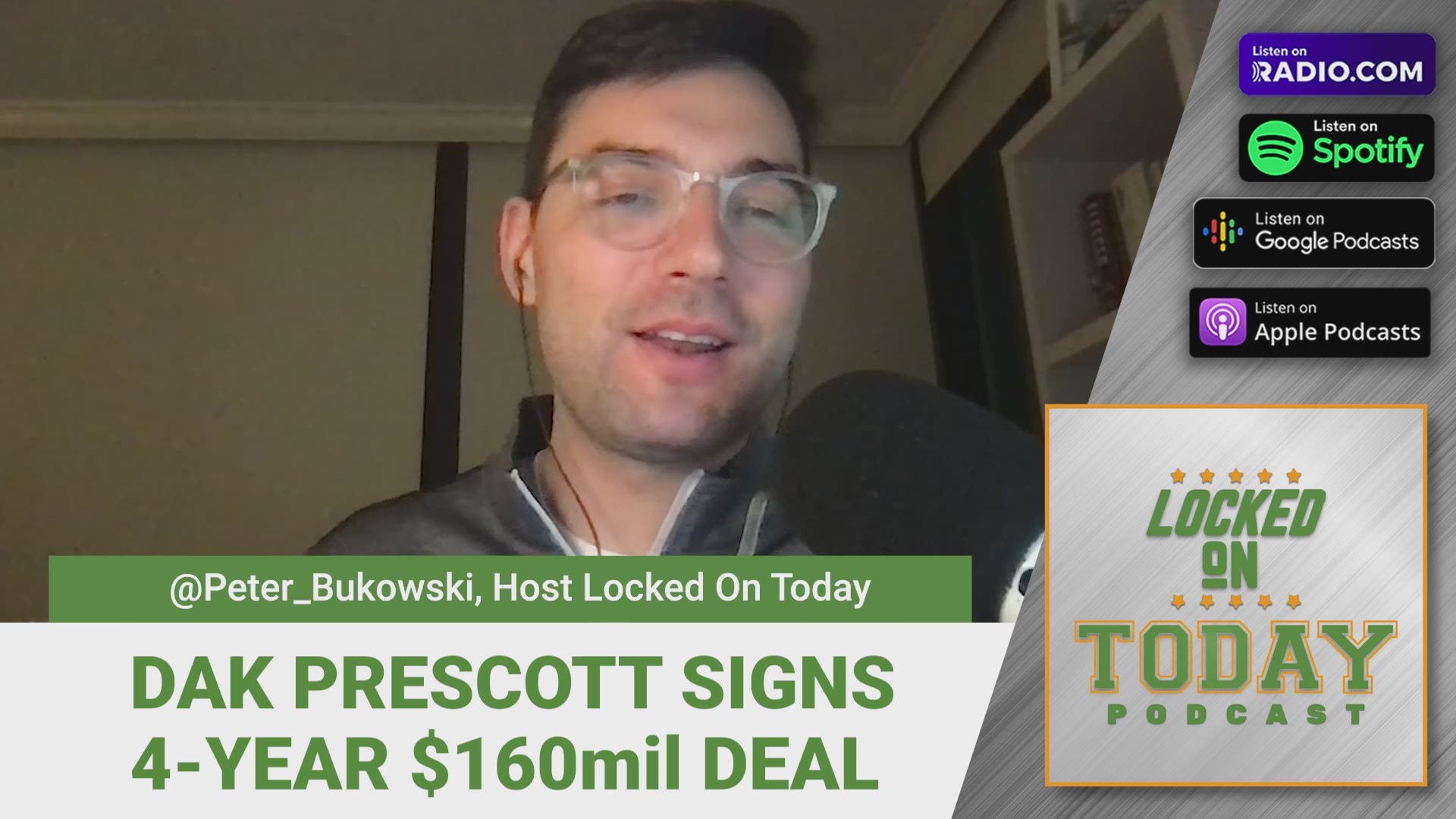 The Dallas Cowboys have signed Dak Prescott to a long-term $160 million deal after almost two years of no movement between the two sides. Dallas was one spot Seattle Seahawks quarterback Russell Wilson was reportedly okay with being traded to.

Houston Texans quarterback Deshaun Watson still wants to be on the move, but what is the next domino to fall in this historic quarterback offseason?

“The big one that I’m really interested in, is whether or not Drew Brees makes his announcement here within the next week about his retirement, or whether he’s going to remain with the New Orleans Saints,” said Ross Jackson, host of Locked On NFL and Locked On Saints.

Jackson looked at the big question mark hanging over the Saints this offseason on the latest episode of Locked On Today.

“Until [Drew Brees] makes that announcement, that team can’t really do anything at the quarterback position without signaling his retirement on his behalf," Jackson said as he discusses the position the New Orleans Saints are in right now.

Some other names we could see pop up in the coming weeks are: Marcus Mariota, Derek Carr, Alex Smith and Sam Darnold. There are going to be some movements coming in the next few weeks as the league gears up for the NFL Draft on April 23rd.

One thing that could get the ball moving for these quarterbacks is announcing the salary cap. It seems as though Dallas Cowboys owner Jerry Jones knows something about the new, reportedly astronomical, TV deal for the NFL, as he was very comfortable handing Dak Prescott a record-breaking deal.

RELATED: A look at what has happened to the ACC in 2021

RELATED: Are the Philadelphia 76ers the best team in the NBA?