The 6-foot-5, 20-year-old point guard spent two seasons with the Cyclones and averaged 15.2 points, 6.5 assists, and 5.9 rebounds per game in his sophomore season. 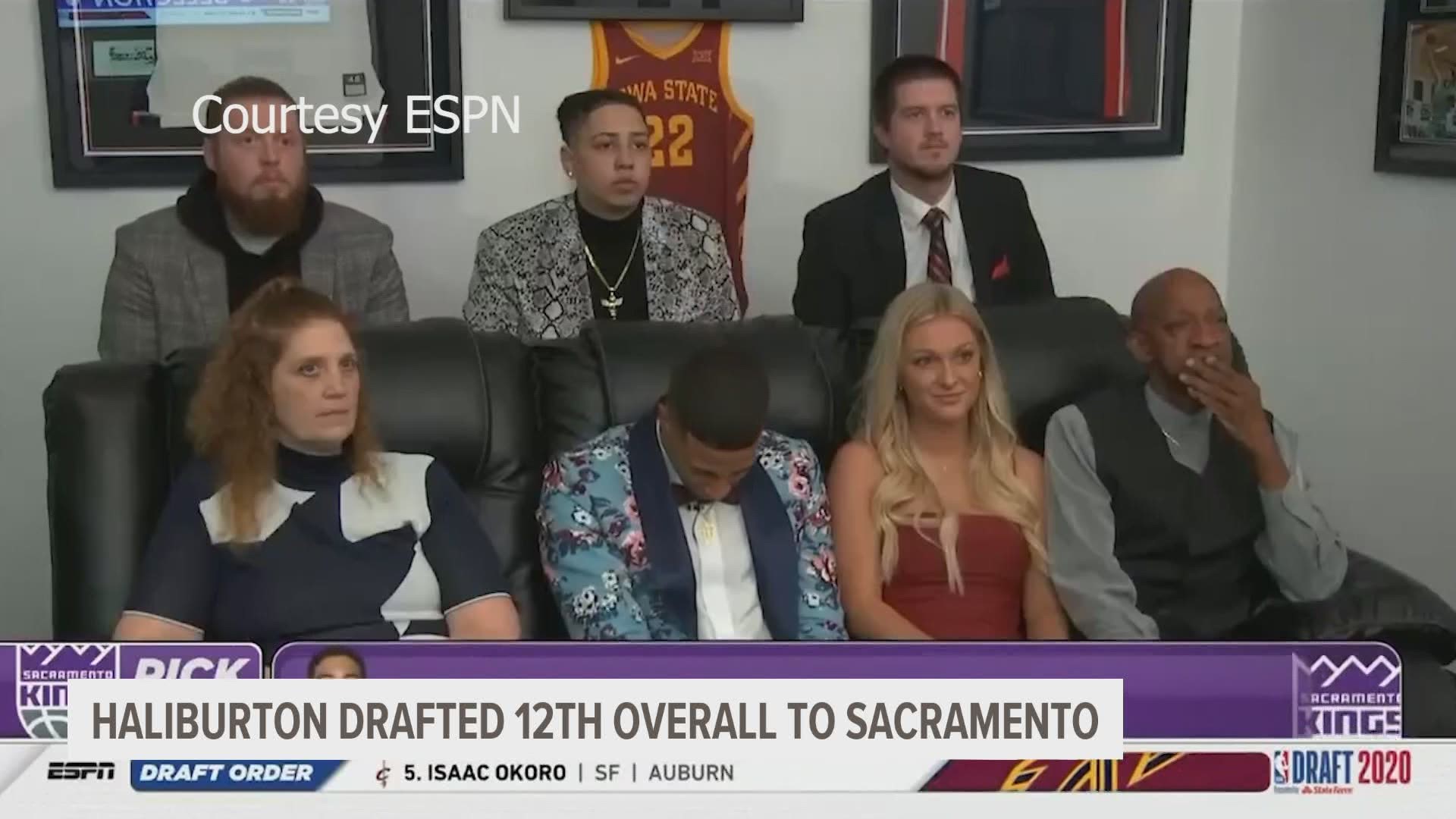 SACRAMENTO, Calif. — After a surprising slide down the draft board, the Sacramento Kings became the landing spot for Iowa State’s Tyrese Haliburton with the 12th overall pick in the 2020 NBA Draft.

Haliburton, while speaking to ESPN moments after being selected by the Kings, called Sacramento “the perfect spot.”

As one of the most efficient guards in the country, Haliburton will provide much-needed length, as well as a combination of scoring and playmaking ability for the Kings.

The Kings had just the one selection in the first round of the NBA Draft, but hold three selections in the second round, with the 35th, 43rd, and 52nd picks.

Sacramento then dropped down in the second round, moving the 35th pick to Memphis for the 40th pick and a 2022 second round pick, according to sources.

With the 40th pick, the Kings selected Mississippi State sophomore small forward Robert Woodard II. He posted per game averages of 11.4 points, 6.5 rebounds and 1.3 assists last season, while shooting almost 50 percent from the field and 43 percent from the perimeter.

Those sources spoke to ABC10 on the condition of anonymity because the deal was not yet official.

The Kings would then grab Texas Tech freshman shooting guard Jahmi'us Ramsey at No. 43. He averaged 15 points, 4.0 rebounds, 2.2 assists and 1.3 steals per game, while averaging 31.2 minutes per contest in his only season with the Red Raiders.

The 52nd draft pick, which was picked by Sacramento, was moved to Houston, in exchange for a 2021 second round pick and cash considerations, according to sources.

Southern California prep star Kenyon Martin Jr., who is the son of the former NBA All-Star, was selected for the Rockets.

Just got off the call with @TyHaliburton22 had to ask about his "drip". The suit was the sweetest of the first round IMO. He explained how it came about. More tomorrow on @weareiowa5news #Local5Sports pic.twitter.com/kV0tCRd6mx