"He is asymptomatic and will remain home until Dec. 27, 2020," the university said in a release. 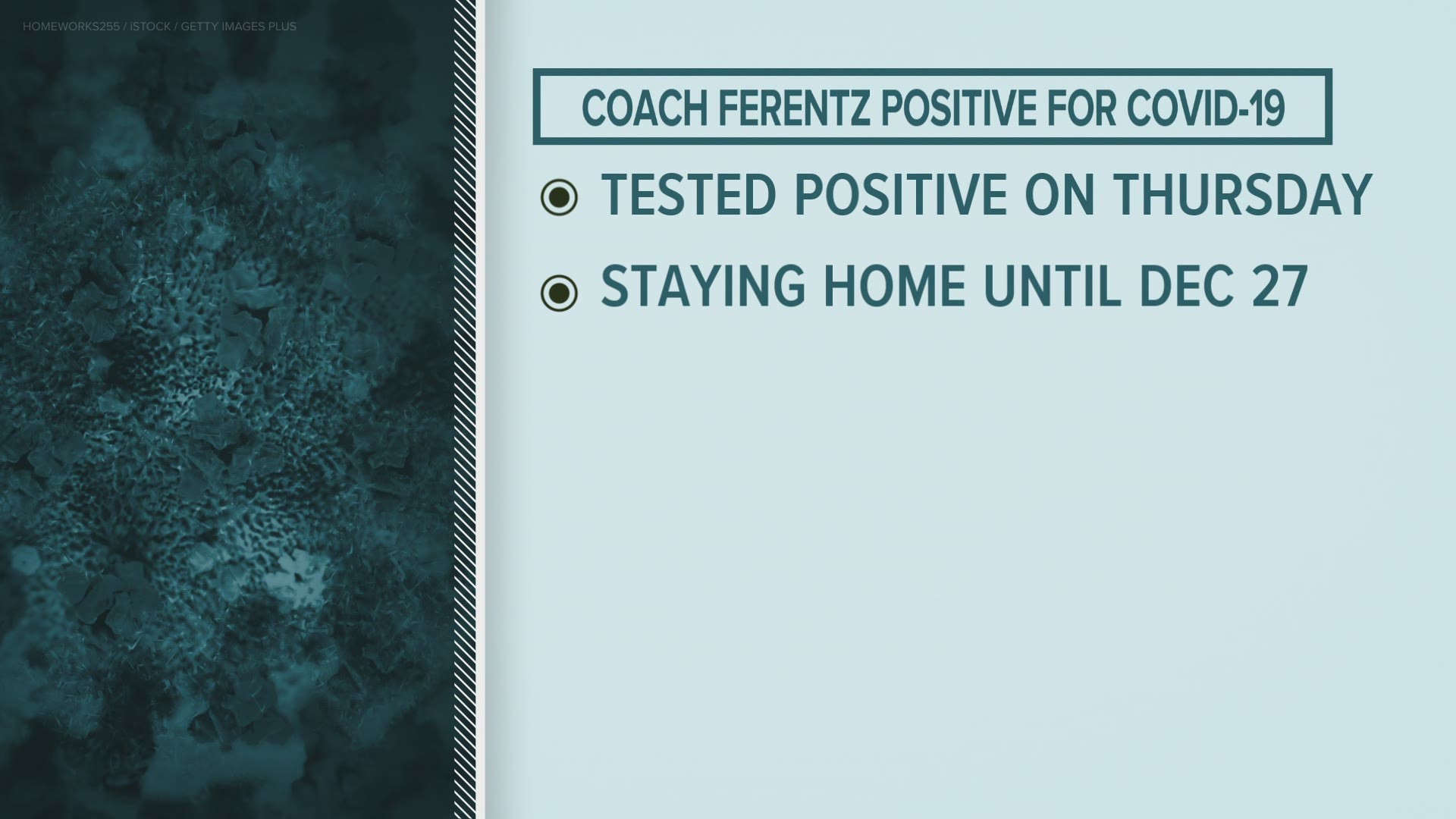 Ferentz took a scheduled rapid antigen test on Thursday morning, which resulted in a positive. That was confirmed by a positive PCR test, according to the athletic department.

"He is asymptomatic and will remain home until Dec. 27, 2020," the university said in a release. "Players, coaches, and staff members are tested daily as part of the Big Ten Conference return to play protocols."

“We have been fortunate this season to have played eight games and to have very few positive cases,“ Ferentz said in a statement. “When the team returns to practice on Tuesday, I will participate via zoom and our collective focus will be on preparing for the bowl game.”

The 16th-ranked (CFP) Hawkeyes are 6-2 on the year, and the athletic department said they will find out its bowl game destination on Sunday afternoon.

RELATED: No. 19 Iowa wins its fifth straight, tops Illinois on the road