The Hawkeyes are now 2-2 on the season. 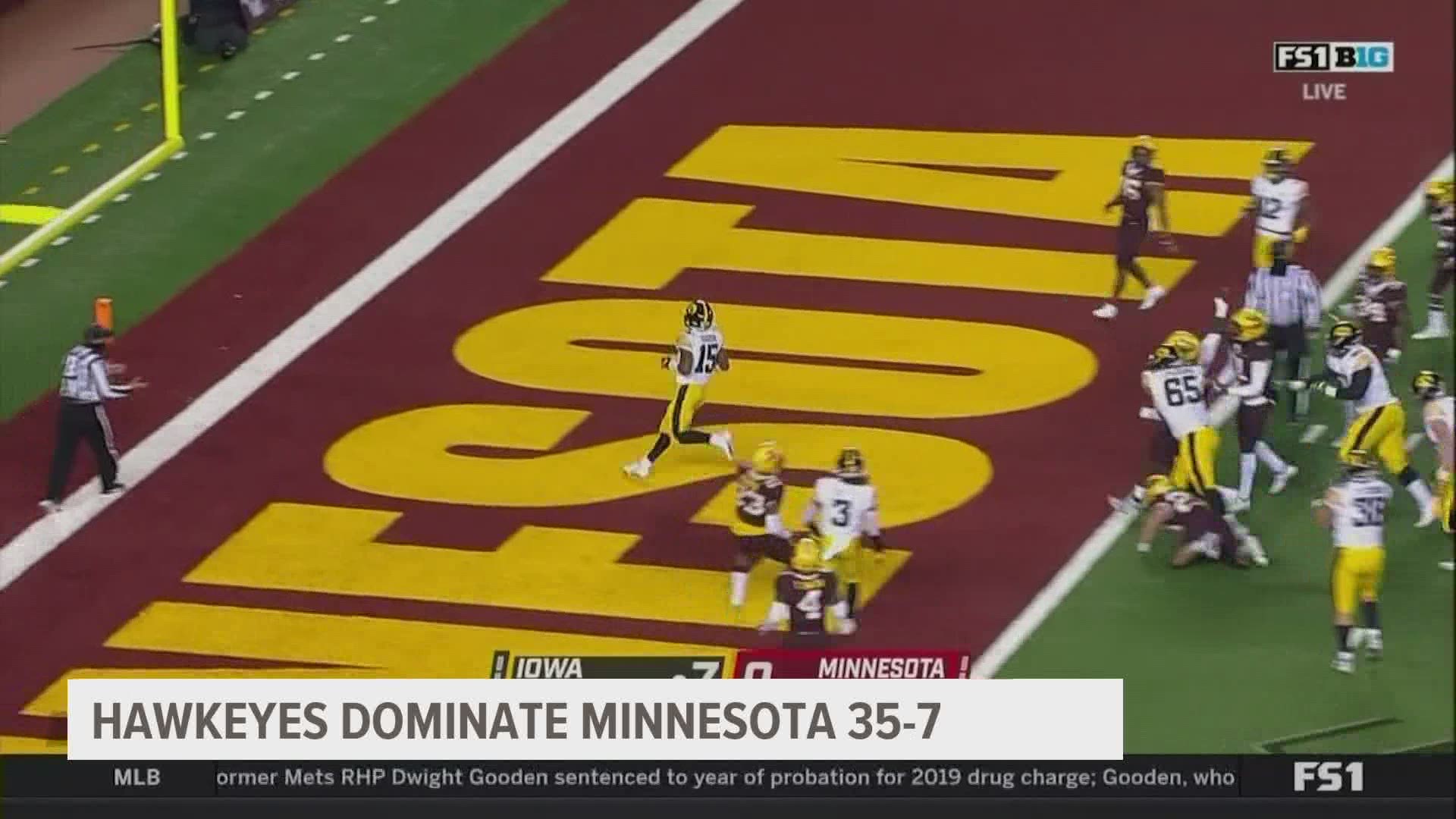 MINNEAPOLIS — Tyler Goodson rushed for a career-high 142 yards and two touchdowns on 20 carries, and Iowa’s defense clamped down hard on Minnesota for a 35-7 victory.

The Hawkeyes took possession of the Floyd of Rosedale trophy for the sixth season. Jack Koerner and Riley Moss each picked off Tanner Morgan for the Gophers quarterback’s first two-interception game in two years.

Zach VanValkenburg had three of the team’s four sacks to highlight Iowa’s first shutout of Minnesota since 2009.