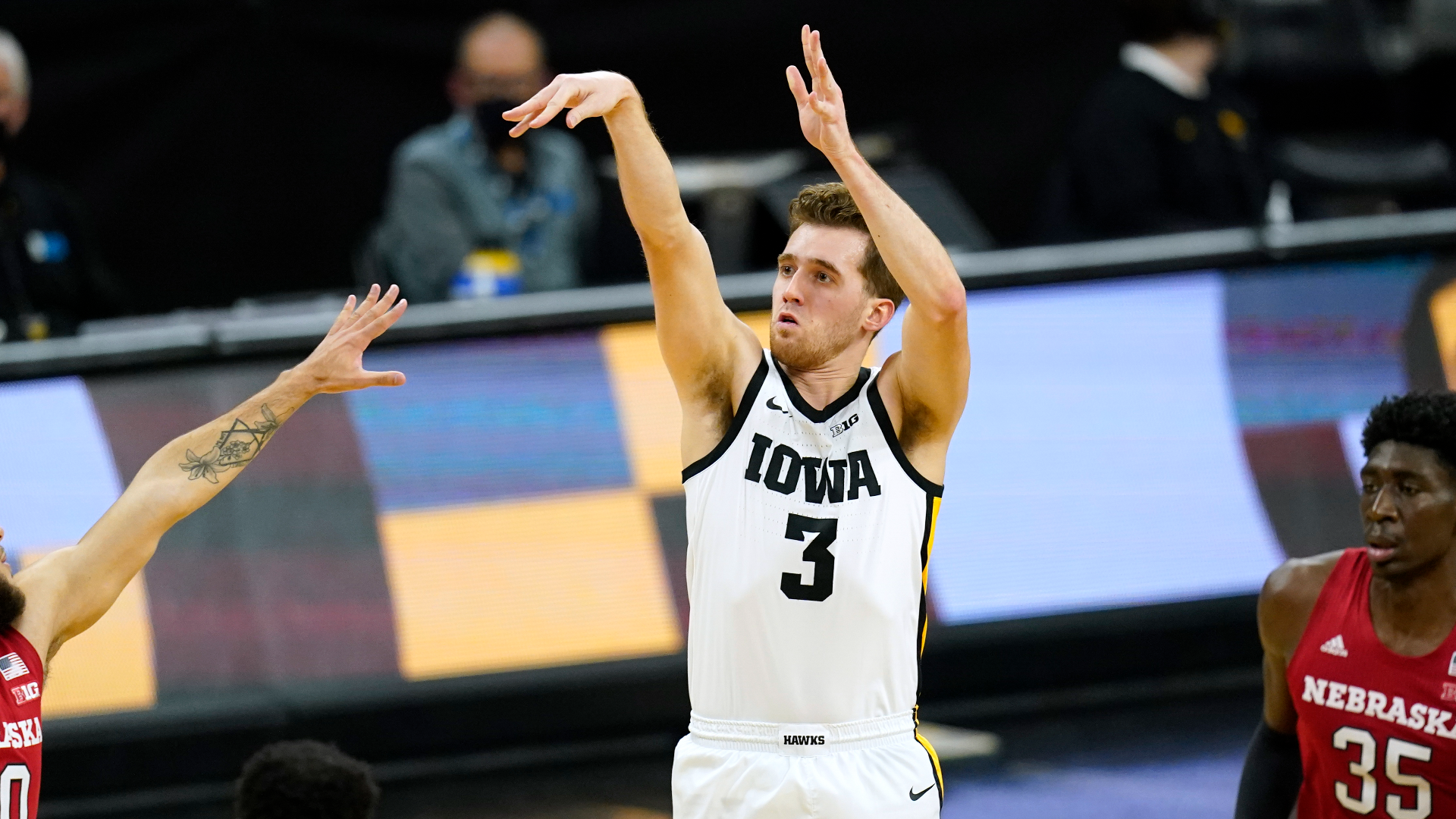 IOWA CITY, Iowa — EDITOR'S NOTE: The above video is from March 4

Iowa senior guard Jordan Bohannon announced Monday that he will return to the Hawkeyes for his sixth season in 2021-22.

The NCAA granted eligibility relief to winter sport athletes during the 2020-21 academic year due to the COVID-19 pandemic.

Bohannon, who has played four seasons and part of a fifth before medically redshirting, is Iowa’s career record holder in assists, 3-pointers made, free throw percentage and games played.

The Marion native also ranks ninth in Iowa career scoring and is, along with Dean Oliver and Jeff Horner, one of only three Hawkeyes with four 100-assist seasons.

Bohannon said he’s excited to return to Iowa City in part because it “never felt right with no fans in attendance.”