Strength and Conditioning Coach, Chris Doyle, is on paid leave while an independent investigation begins surrounding claims of racial disparities in program 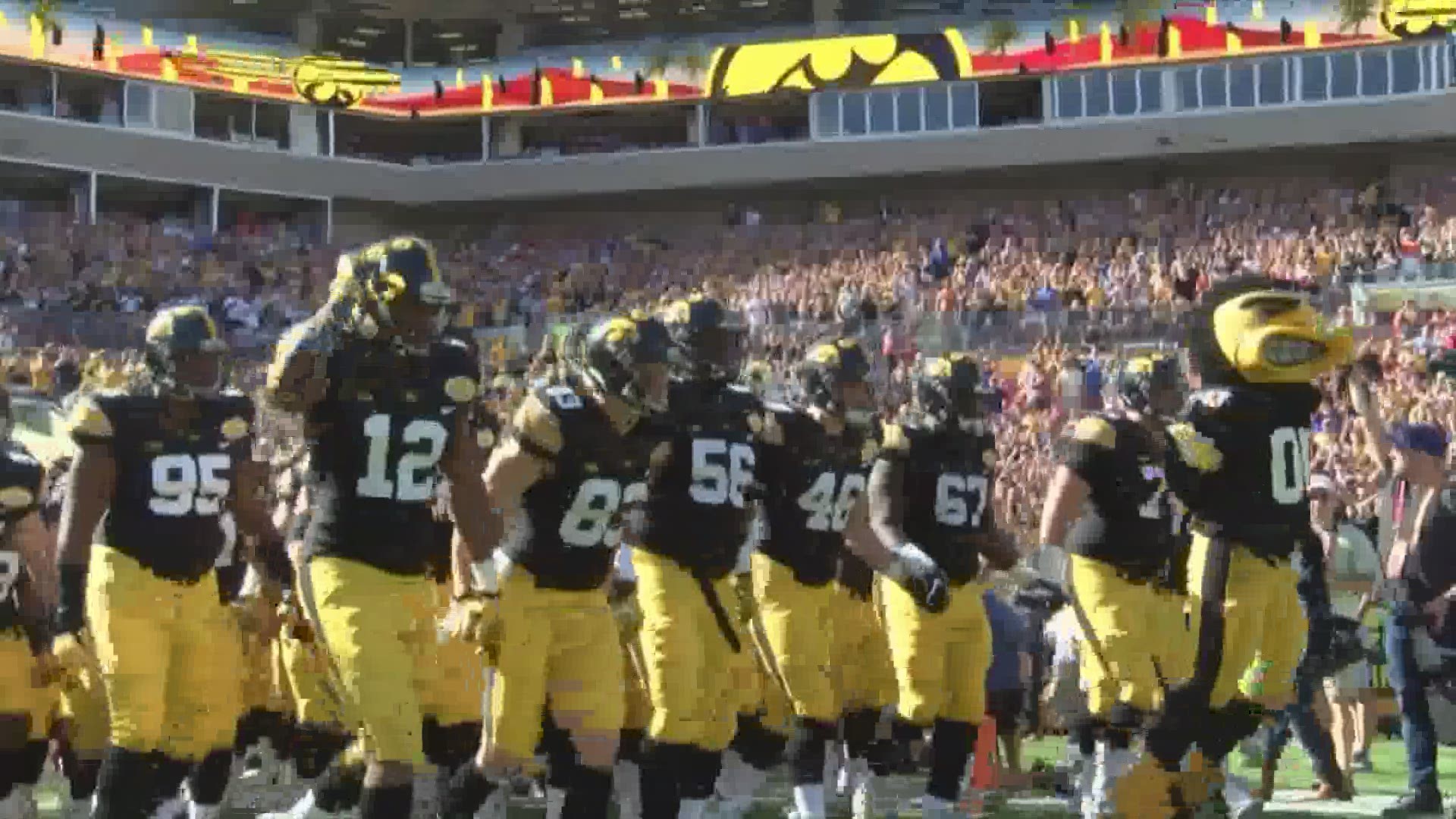 IOWA CITY, Iowa — Change is coming for Iowa Football. Wednesday when media talked to Ferentz, he spoke on change needed in society. But in the past two days the dozens of players speaking out against the way they were treated at Iowa has forced Ferentz to act quickly and get to work to change the culture of his football team.

“In the last 48 hours, I’ve had a lot of conversations with players, both black and white in an effort to see just how we can move forward.”

Those talks were not easy on Ferentz.

“I found the remarks to be extremely candid. That hit me in the face that first conversation that we got work to do.”

Ferentz started that work with an apology.

“I’m very very sorry for any hardships that any of them have endured and if they didn’t feel safe to speak freely that’s certainly something I feel really regretful about.”

Now the University of Iowa will begin an investigation into the actions of Strength and Conditioning Coach, Chris Doyle, along with a look at the program as a whole.

“I owe it to Chris and I owe it to our players to investigate as thoroughly as I possibly can and that’s what the advisory group will do too.”

Doyle, just prior to Ferentz talking with media, released a statement of his own through social media.

Ferentz is doing calls of his own to those players—but will hold his judgement until the study on the program is complete.

“I have a pretty good feel for the people involved and, you know, I'm trying to paint a picture to, that is for is encompassing. And I want to reserve judgment I think until until that process is finished.”

Ferentz is taking ownership, and for change to happen, there has to be self reflection first. Something the longest tenured FBS coach in the country says he has done.

“I've missed an opportunity here, over the last 21 years perhaps to, you know, talk to players but conversations, not just you know, how's your how's your family how your kids doing all those types of things but ask some hard questions of the players”

The Hawkeyes will also add an advisory committee made up of former players to help guide the program on issues like race.

“There's a lot of value getting guys in and out of the program for a couple years, different perspectives on the world yet. I can just share this there's a lot of commonality with all those guys in terms of their love for the program and prior to being being Hawkeyes”

As for Ferentz staying for his 22nd season as the Head coach of the Hawkeyes, he’s asked that question himself.

“I did ask multiple players, if they feel like I'm part of the problem or if they feel like you know we can't move forward with me here. Then I'd appreciate that. And, you know, that that's not what I've heard, thus far, but, you know, my commitment is us having a good program and having a healthy team.”

Players report to Iowa City beginning tomorrow. Ferentz says he will continue these conversations with his student-athletes in the coming weeks to ensure growth and change to the culture. There is no timetable for the independent investigation.