Iowa finishes the year with a 22-9 record. 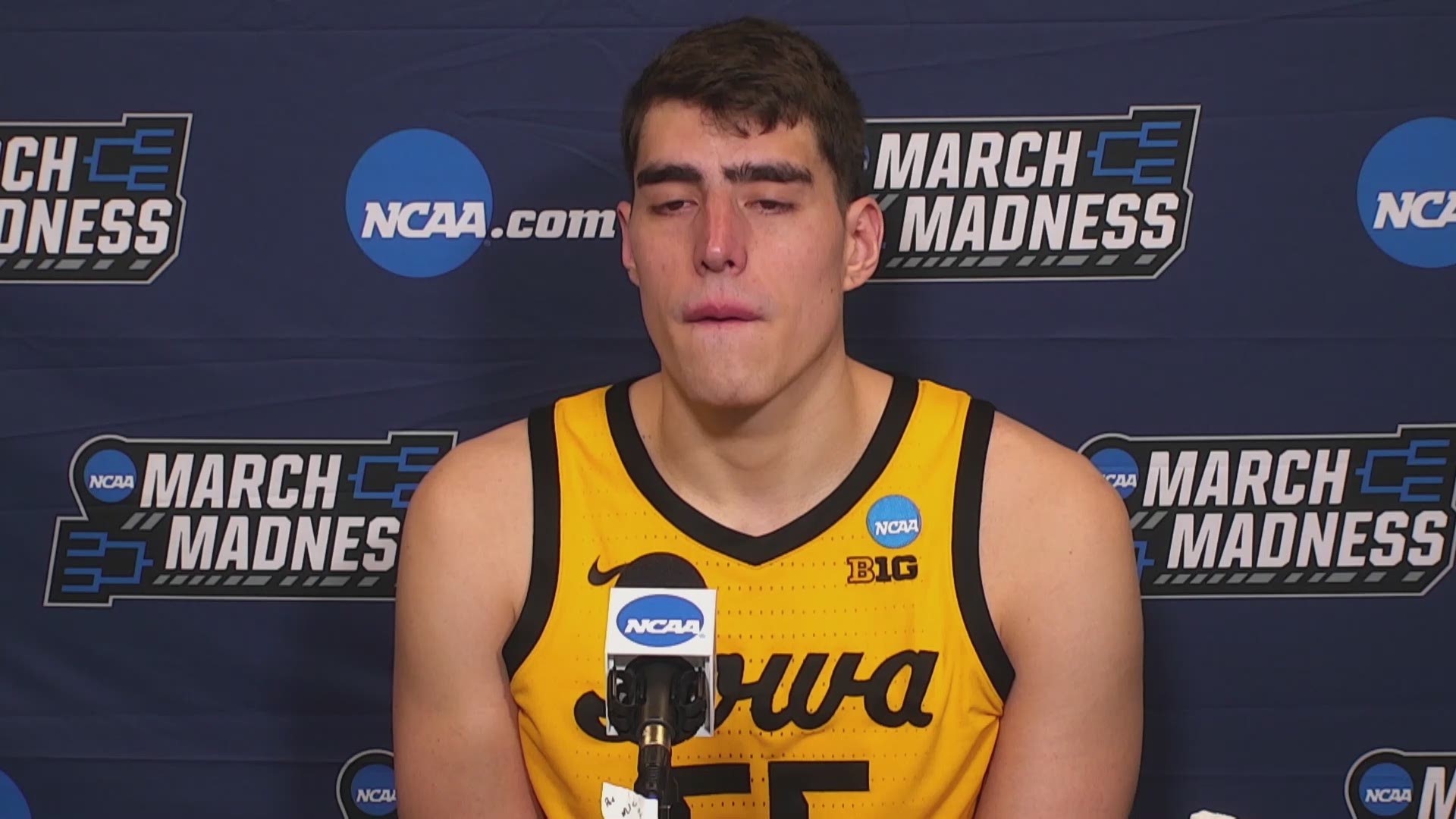 INDIANAPOLIS — The Oregon Ducks zoomed to a 56-46 halftime lead over the Iowa Hawkeyes in the second round of the 2021 NCAA Tournament Monday and never looked back in a 95-80 victory.

Led by Chris Duarte's 23 points and a team shooting 11-for-25 from three-point range, Dana Altman's squad will now face the winner of the USC (6) vs. Kansas (3) game in the bracket's West region.

Luka Garza led Iowa with 36 points, and Joe Wieskamp added 17. Patrick McCaffery was the only other Hawkeye in double-figures with 10 points.

Iowa finishes the year with a 22-9 record.

"You know, we did a lot of really, really good things this year, and it just hurts that we weren't able to, you know, be able to do it when it mattered most," Garza said postgame.

Head coach Fran McCaffery said he was "truly blessed" to have coached Luka, and that the school "may never see another like him."

Credit: AP
Oregon head coach Dana Altman talks with Iowa center Luka Garza (55) as he leaves the game during the second half of a men's college basketball game in the second round of the NCAA tournament at Bankers Life Fieldhouse in Indianapolis, Monday, March 22, 2021. (AP Photo/Paul Sancya)