Fredrick, who played high school ball in the Bluegrass State, joins the Wildcats after two seasons with the Hawkeyes 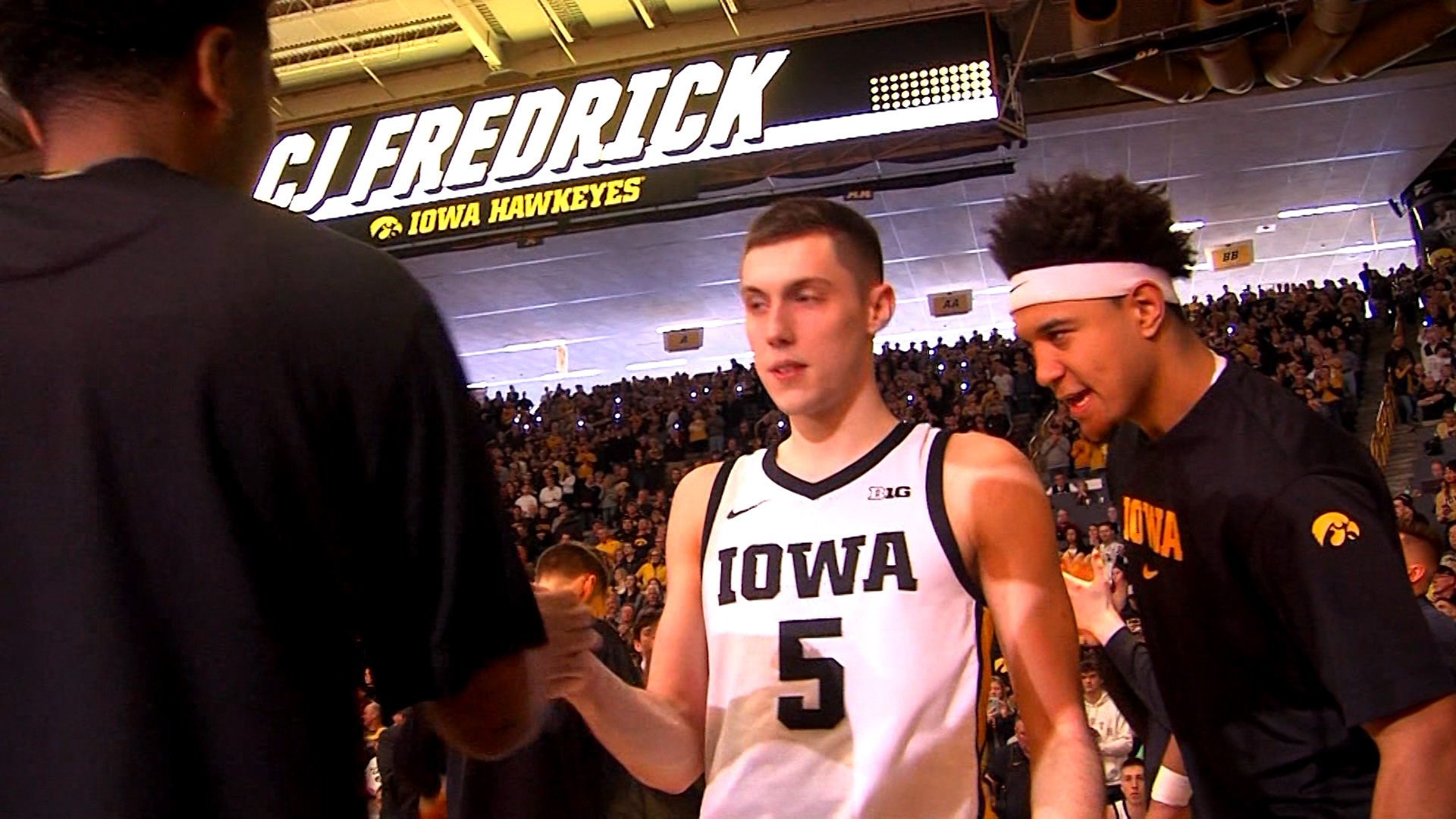 LEXINGTON, Ky. — EDITOR'S NOTE: The above video is from April 19

Former Iowa guard CJ Fredrick, who was named Kentucky's Player of the Year as a high school senior, has joined his hometown Wildcats.

Kentucky announced on Tuesday that Fredrick has signed with the Wildcats. Because of a new NCAA transfer rule _ which allows all players a one-time transfer with immediate eligibility _ Fredrick can play for the Wildcats in 2021-22.

Fredrick was expected to be a major piece in coach Fran McCaffery's rebuilding effort next year after the Hawkeyes lost National Player of the Year Luka Garza and others. But Fredrick, who averaged 8.8 points in 52 games at Iowa, instead opted for a new home in Lexington.

"CJ Fredrick is an established college player from a terrific program who has competed at the highest level and has made big shots and big plays," UK head coach John Calipari said. "As we all know, CJ is a terrific shooter, but what stuck out to make on tape is he takes care of the ball – he has an excellent assist-to-turnover ratio – and he can hold his own defensively."

Iowa did receive some good news about their backcourt earlier this month when sixth-year senior Jordan Bohannon, the school's all-time leader in made 3s, announced he was returning for a final season in Iowa City.

Part of the #NextGen of #LaFamilia 😼🏀https://t.co/58mKfnzMyr