Minnesota is now 1-3 on the year, with the Green Bay Packers set to play on Monday Night Football. 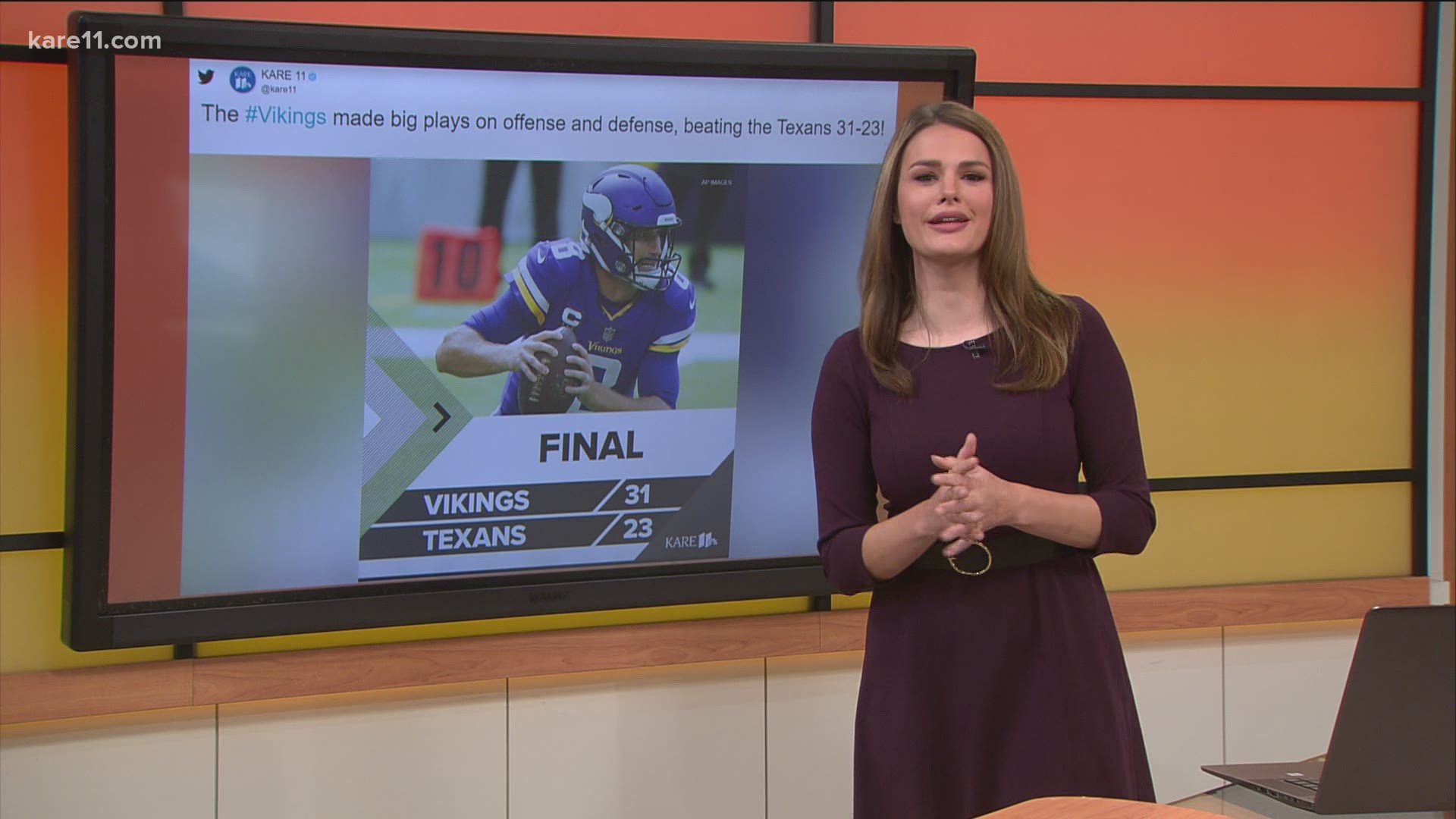 Facing a smothering defense, the Bears had difficulty coming up with yards let alone points in a 19-11 defeat. Foles led a 16-point comeback in the fourth quarter in his first appearance with the Bears after relieving Mitchell Trubisky against Atlanta the previous week.

But the Colts held him in check and came up with a key fourth-quarter interception by Julian Blackmon.

HOUSTON (AP) — Dalvin Cook ran for 130 yards and two touchdowns and the Minnesota Vikings withstood a late rally from the winless Houston Texans to get their first victory, 31-23.

The Texans cut the lead to 8 when Deshaun Watson connected with Kenny Stills on a 24-yard touchdown pass on fourth-and-10 with about six minutes remaining. Houston’s defense got a stop and Will Fuller made an acrobatic one-handed catch on fourth down for what was initially ruled a touchdown with about a minute left.

But after a review it was determined that the ball hit the ground before Fuller gained control.

New Orleans started the game without six injured starters after a short night of rest. The Saints had a player test falsely positive for the coronavirus Saturday, leading to another round of tests for players and staff overnight in the Motor City.