Johnston swimmer hoping to qualify for Summer Olympics in Tokyo

Justin Winnett has been swimming for 18 years. A Johnston High School graduate, he is hoping to land a spot on the U.S. National Swim Team. 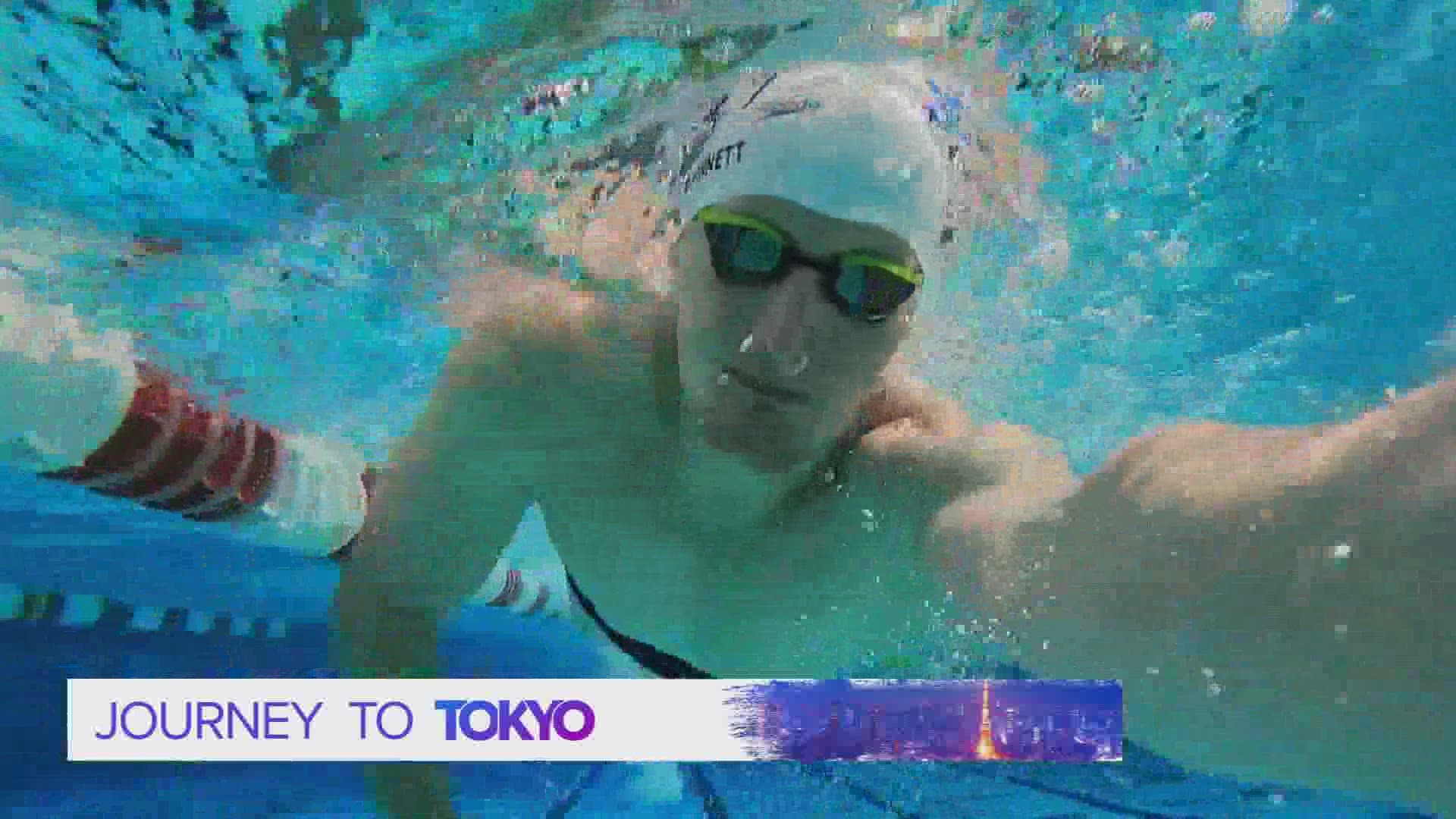 DES MOINES, Iowa — Justin Winnett has made it to the qualifying rounds for the Olympic Swim Trials.

If the Johnston High School graduate places, he will be going to the Summer Olympics in Tokyo.

"I think everybody who starts competitive swimming would love to to go the Olympics," Winnett said.

You may remember the 2020 Games were pushed back due to COVID-19, which only motivated Winnett in his training.

But pools to train in were limited.

“Like three, four months and then it was very schedule-only," Winnett added. "Thirty minutes and very just scrambling for pool time.”

His coach, Allan McCallum, has been with him since he was in high school.

“You know it’s about the top one percent of the country that gets to this level," he said. "Seeing him push for that goal and get there is pretty impressive."

"It’s been a lot of hard work," Winnett said. "It’s definitely not the easiest thing in the world, but I like to push myself.”

Winnett competes Saturday at the Olympic Trials in Omaha.