Guide to the Olympics: Tokyo 2020 athletes with Iowa ties

Here's everything you need to know about the Hawkeye State's Olympic athletes.

DES MOINES, Iowa — The postponed 2020 Summer Olympics are just around the corner with the Opening Ceremony set for Friday, July 23.

Take a look below to see athletes from Iowa competing in the games. Athletes are listed in alphabetical order.

She'll compete for her home country, Nigeria, in the mixed 4x400 relay. The mixed 4x400 is a new event, where teams will be composed of two men and two women who can run in any order. 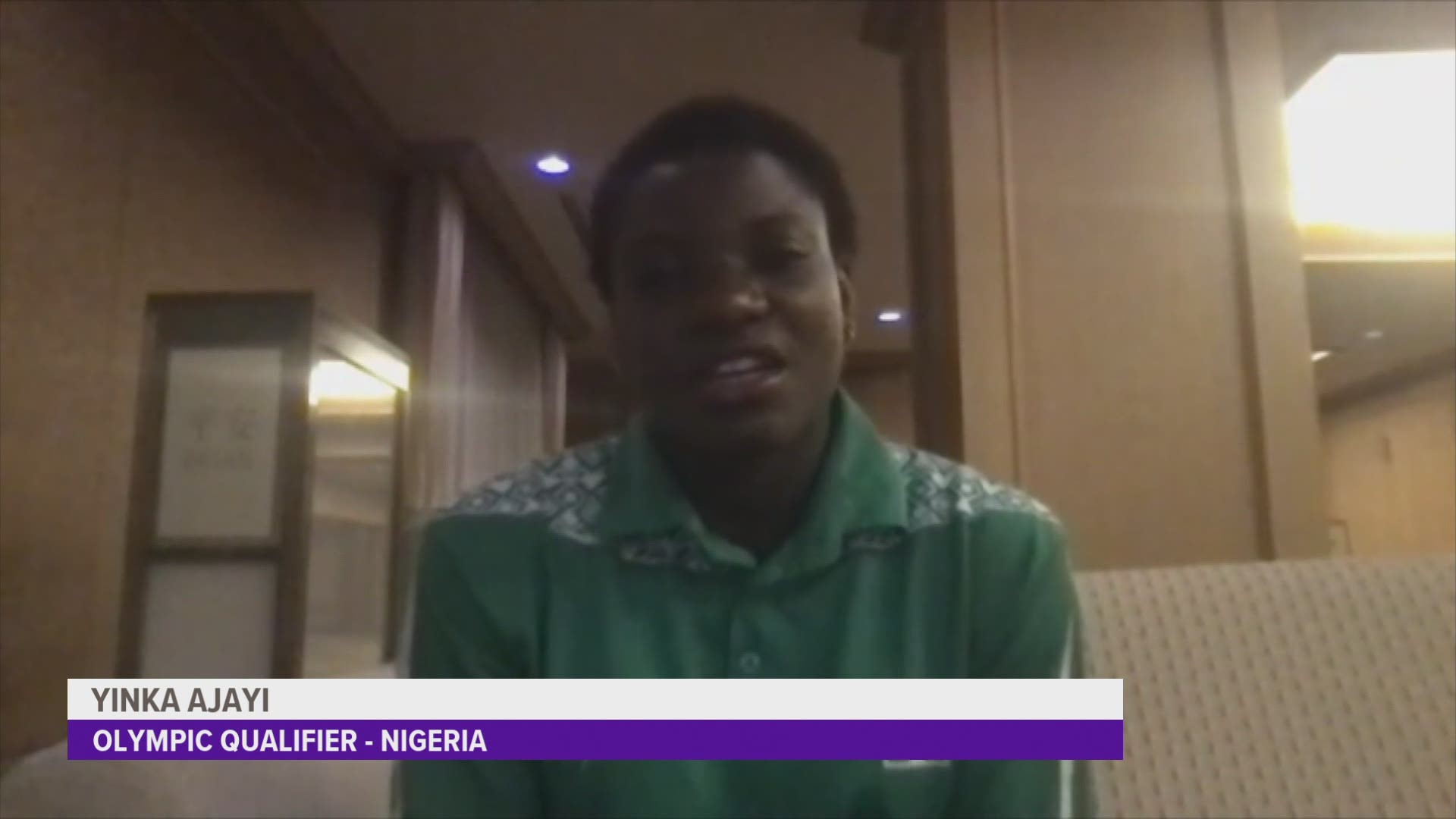 Bednarek, 22, is originally from Tulsa, Okla., but attended Indian Hills Community College in Ottumwa. He will compete in the 4x400-meter relay and 200-meter individual event.

Team USA's website notes: "[Bednarek] became the first American athlete to break 20 seconds in the 200m and 45 seconds in the 400m on the same day at the 2019 NJCAA Championships."

The Iowa State University graduate competed in the same event in Rio in 2016, finishing seventh.

Carleton put up a school record in her first game with the Cyclones, scoring 28 points. In her senior year, she broke another record, scoring 760 points in one season. That year, she also won both the Cheryl Miller Award for the NCAA's top small forward and Big 12 Women's Basketball Player of the Year.

Carleton will compete for Team Canada in Tokyo.

From March 2020: Bridget Carleton OK with waiting for Olympic Games in 2021

RELATED: Roster: Three-quarters of US Olympians have college ties

Gilman, 27, is a Council Bluffs native and University of Iowa graduate. As a Hawkeye, he went 107-12 overall and won the Big Ten championship his senior year.

Gilman won a silver medal at the 2017 World Championship, but this will be his first Olympics. He'll compete in the 57 kg weight class.

Heims, 22, is a Cedar Rapids native and University of Northern Iowa graduate. She placed 7th in the 400-meter and 8th in discus at the 2016 Paralympic games. She also won three gold medals for Team USA at the 2019 Para Athletics Grand Prix.

Heims was born with amniotic band syndrome, a condition that causes tissue from the amniotic sac to wrap around an unborn baby's limbs. Her left leg is amputated below the knee.

Herrera, 22, is an Iowa State senior and a middle blocker on Team Argentina.

Team Argentina earned their spot in the 2020 Summer Olympics with a win at the Confederation of South American Volleyball Qualification Tournament.

Kerkhoff, a UNI sophomore and Solon native, will compete in the Paralympic 400-meter dash and possibly the 100-meter dash as well.

Kerkhoff qualified for the state track meet and Drake relays all four years at Solon High School. In 2019, she was named the WaMac Female Track Athlete of the year and received the All Iowa Courage Award.

Kerkhoff has optic nerve degeneration and is legally blind.

Ohioze, 26, is a St. Ambrose University graduate, who came to the school on a soccer scholarship. He decided to take up track during the off-season to stay in shape, and excelled at the sport, becoming a 10-time NAIA All-American.

Ohioze is originally from England and will compete for the British team in the 4x400-meter relay.

Orrego is a redshirt junior on the Iowa State women's gymnastics team. She competed in four meets this year after sitting out in 2020 to prepare for Tokyo.

Orrego is the first Olympic gymnast for Peru, and will compete in the Women's Individual All-Around in a field highlighted by Simone Biles.

Schweizer was the 5,000-meter champion at the 2018 Drake relays and won multiple NCAA championship titles at the University of Missouri.