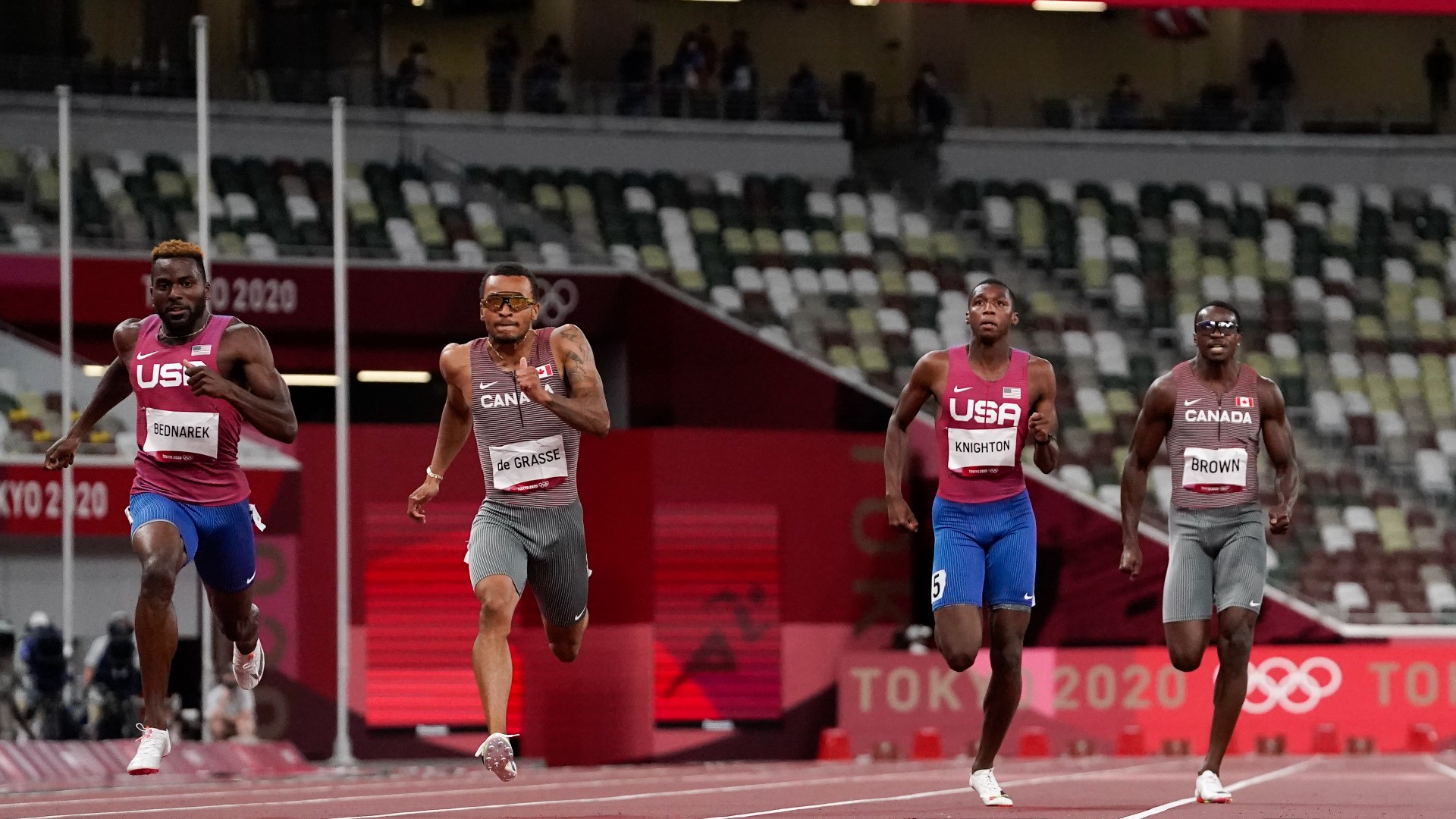 Bednarek finished with a personal best of 19.68, just behind Canada's Andre De Grasse, who set a national record at 19.62 seconds.

Bednarek runs a personal best 19.68, followed by Lyles equaling his season's best in 19.74, and HIGH SCHOOLER @ErriyonK placing just outside the top 3 in 19.93! #TeamUSATF pic.twitter.com/MoSrymx4Yi

Bednarek finished second in his 200-meter semifinal heat Tuesday evening in Tokyo with a time of 19.83 to qualify for Wednesday's final.

He was born in Tulsa, Okla. and then moved to Rice Lake, Wis. before attending Indian Hills CC.

You can find a full list of Olympic athletes with Iowa ties here.