What will Gregg Popovich's Team USA roster look like for the Tokyo Olympics?

LeBron James joked that he's saving his energy for Space Jam 2, and other stars may sit out too, but Pop still has a ton of talented players to choose from. 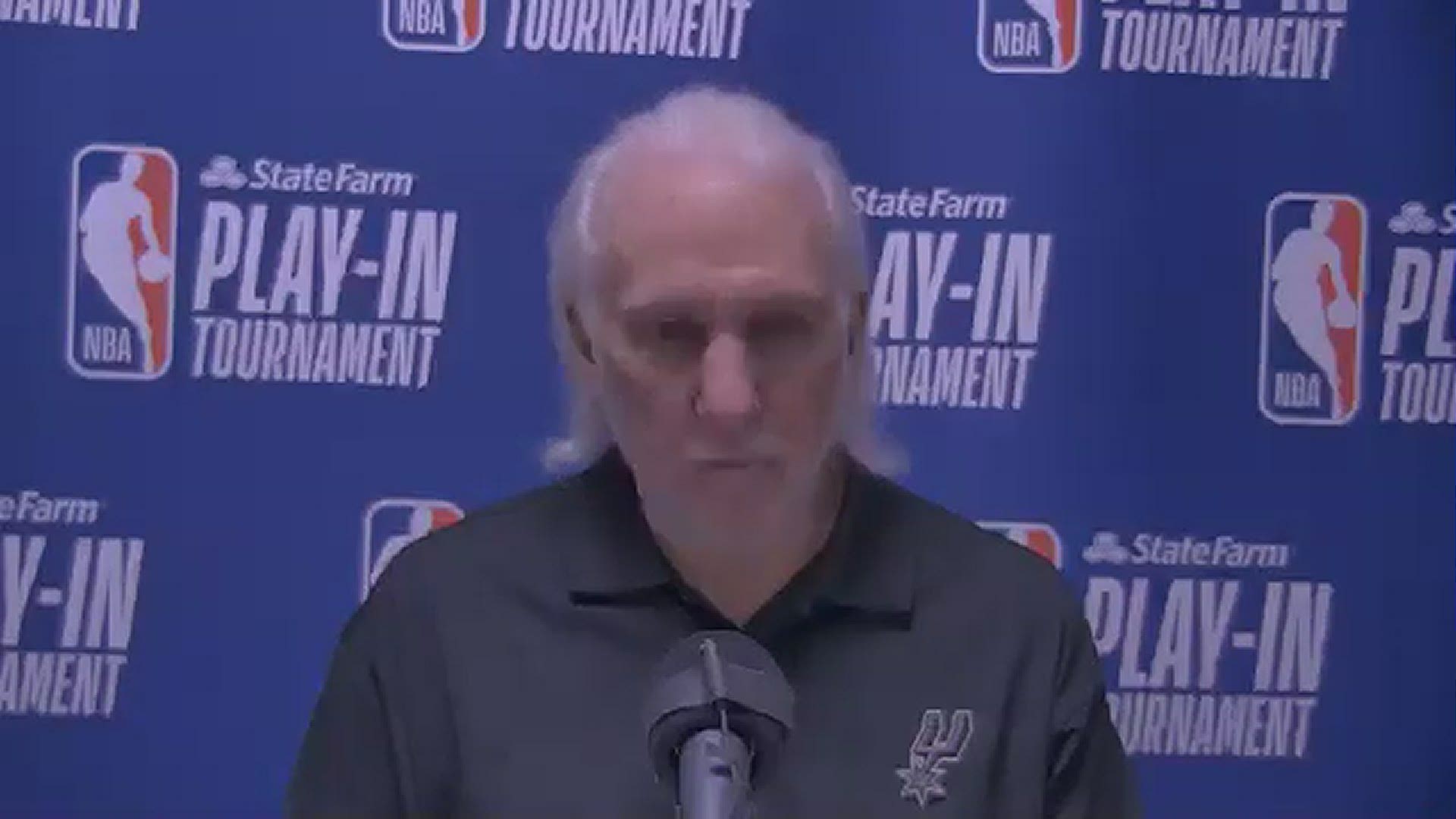 SAN ANTONIO — When Gregg Popovich fills out the USA basketball roster for the Olympics this summer, the King probably won't be on it.

Just after his first-ever first round playoff series loss, LeBron James was asked about joining the team for the delayed 2021 games in Tokyo. Understandably, the megastar will use the time to give his 36-year-old body some much needed rest, and joked that he'll try to beat the Goon Squad in Space Jam 2, out this July.

"Nah, I think I'm gonna play for the Tune Squad this summer instead of the Olympics."

LeBron had jokes to end his presser 😂 pic.twitter.com/SR7H1fF5cN

Surely James harbors no ill will toward Pop. I mean, could you imagine the conversations those two would have over a few bottles of Merlot after beating Iran by 70?

It's no surprise that LeBron is using the summer to get healthy, and it's hard to blame the guy. The talent pool is big enough that Team USA should be the overwhelming gold medal favorites regardless of who suits up, but there is a question of whether or not top-tier stars will risk injury and put additional miles on their tired bodies after a uniquely difficult pandemic season.

The games are set to begin on July 24, just two days after a potential Game 7 of the NBA Finals. It's hard to imagine that anyone playing in that series would have the legs or willingness to traverse the globe and pick up and play with a new group on the world stage. Players eliminated in the Conference Finals could be available two weeks before the Olympics, and even that's a stretch.

If you look at the full list of players below, you'd be hard pressed to assemble a 12-man roster that wouldn't be a high-level NBA team. There are a bevy of All Stars and rising stars at each position, a couple of solid role players, as well as Team USA mainstay Mason Plumlee.

It was a solid group, but with only two All Stars from the previous season, it was about as weak as a Team USA roster had been in the World Cup or Olympics since NBA players were allowed in 1992. The got bounced by France in the quarterfinals, snapping a 58-game winning streak in Olympic and World Cup play.

Popovich doesn't need LeBron or a dream team to compete for gold, but a couple of true stars could help make sure that disappointment isn't repeated. The roster should take a more clear shape in July, and we'll be here break it down then.