One local retailer is having trouble keeping bikes in stocks with more than 10,000 bikes on backorder. 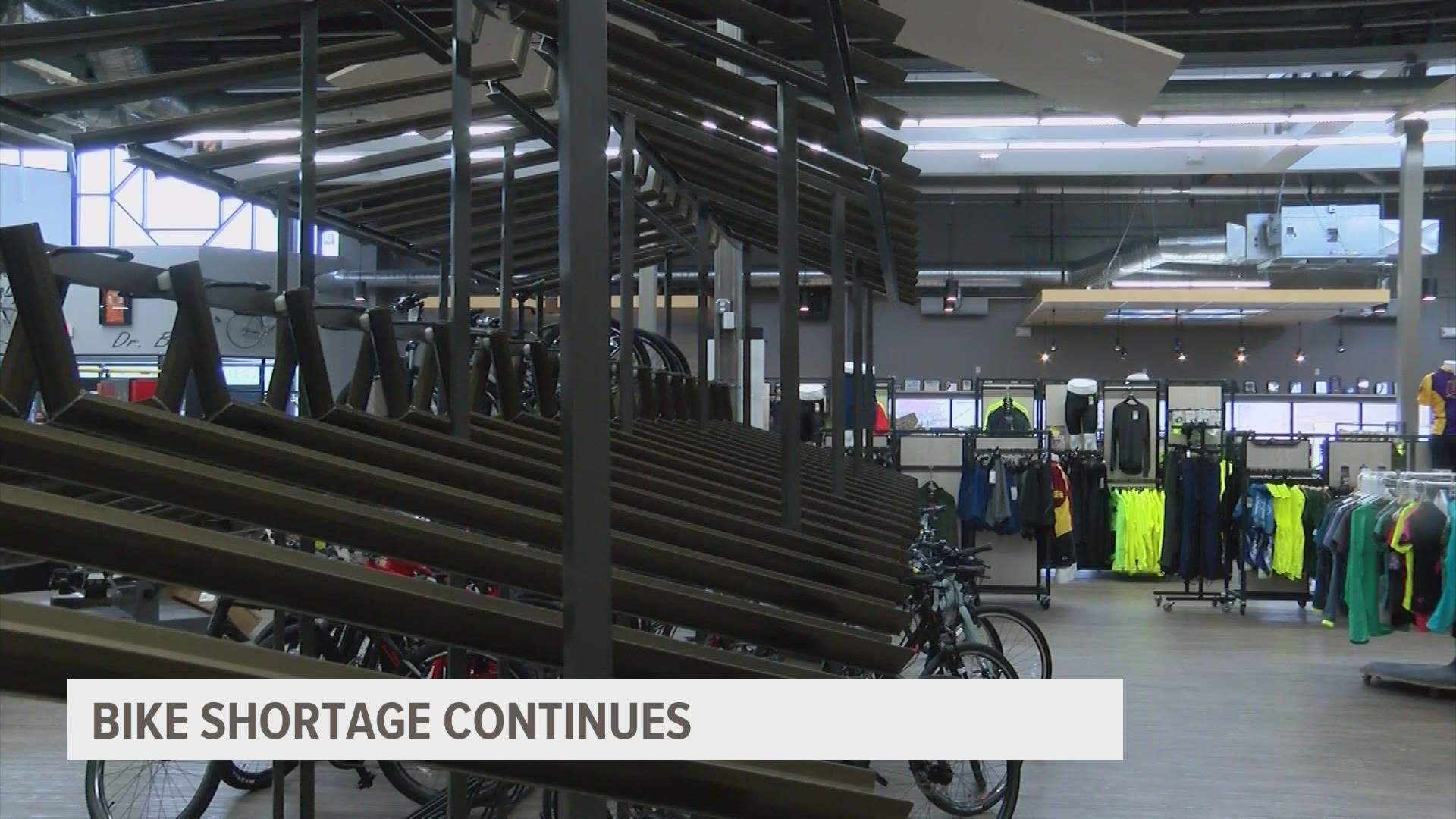 WEST DES MOINES, Iowa — With some 1,800 miles of bike trails across Iowa and spring warming up, some people are hoping to get their hands (and feet) on a new bike.

But, there's one problem.

"They're going out just as quickly as they're coming in," said Bif Ridgway. who has worked at Bike World since he was a teenager. "I've never seen anything like this in my entire life."

Shortly after the pandemic hit, bicycles sales shifted into high gear--hear in Iowa and nationwide.

According to BikeRetailer.com, Americans bought nearly 1.4 million bicycles in February of 2021.  That's nearly 75% more than the same time last year.

The growing demand is leave racks and warehouses nearly empty leaving consumers with fewer bikes to chose from.

"You might have two, three choices instead of the dozen that you maybe had before. And that's the downfall to it," said Ridgway.

Bike World, a bicycle shop with three locations in the metro, has more than 10,000 bikes on backorder, some with delivery dates scheduled for 2023.

If you're looking for a new set of wheels, there is hope.  Here are three things to keep in mind:

Start looking sooner rather than later

Be flexible when it comes to things like the color of the bike.

Be patient if you want to hold out for a bike that isn't in stock yet.

"We know every single bike that we're getting, and we know when we're going to get it. So we're able to actually pre-sell a lot of our bikes," said Ridgway.