Bjorkgren was born in Storm Lake and played basketball at Buena Vista University. 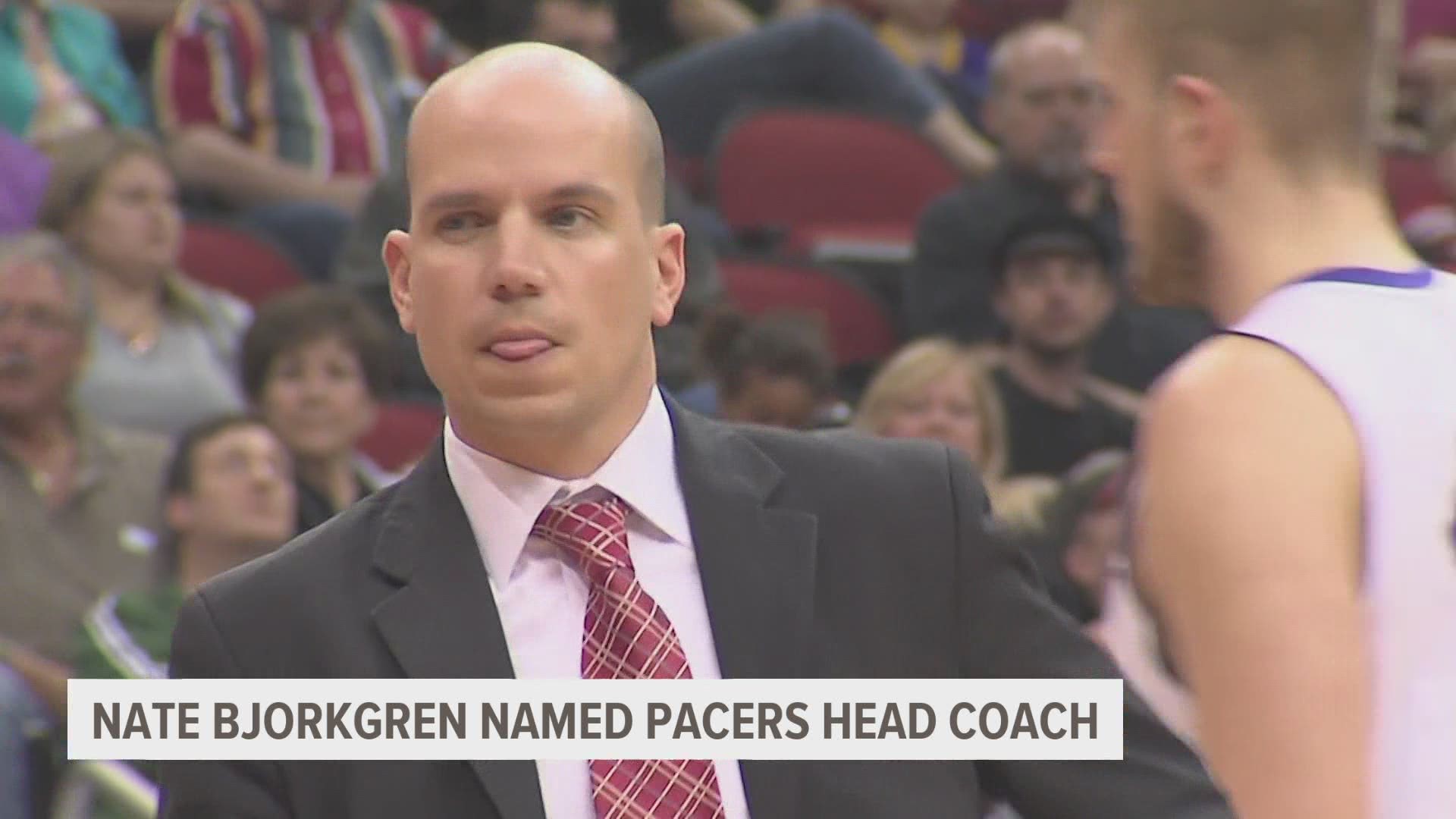 INDIANAPOLIS — The Pacers have hired a new head coach.

Shams Charania of The Athletic first reported the news, tweeting on Tuesday that the Pacers have decided to hire Toronto Raptors' assistant coach Nate Bjorkgren.

The Pacers confirmed the hire Tuesday afternoon. They did not disclose the terms of Bjorkgren's contract.

Bjorkgren, who is an Iowa native, has been assistant coach for the Raptors since 2018, helping to lead the team to an NBA Championship during the 2018-19 season. He has been coaching in the NBA since 2015.

Prior to his time with the Raptors, he was a player development coordinator and assistant coach for the Phoenix Suns.

OFFICIAL: We have hired Nate Bjorkgren as our new head coach. Bjorkgren most recently served as an assistant on the Toronto Raptors, who won the NBA Championship during the 2018-19 season. Welcome to Indiana, Coach Bjorkgren!

Bjorkgren is replacing the Pacers' former head coach Nate McMillan, who was let go from his head coaching position in August 2020 after the team got swept in the first round of the playoffs.

"I am honored to take on the role as head coach of the Indiana Pacers," Bjorkgren said in a press release. "This is something I have prepared for during my career. I want to thank Kevin (Pritchard), Chad (Buchanan), Kelly (Krauskopf), Larry Bird, Donnie Walsh and Herb and Steve Simon for this opportunity."

Bjorkgren said he is looking forward to working with the team to become NBA champions.