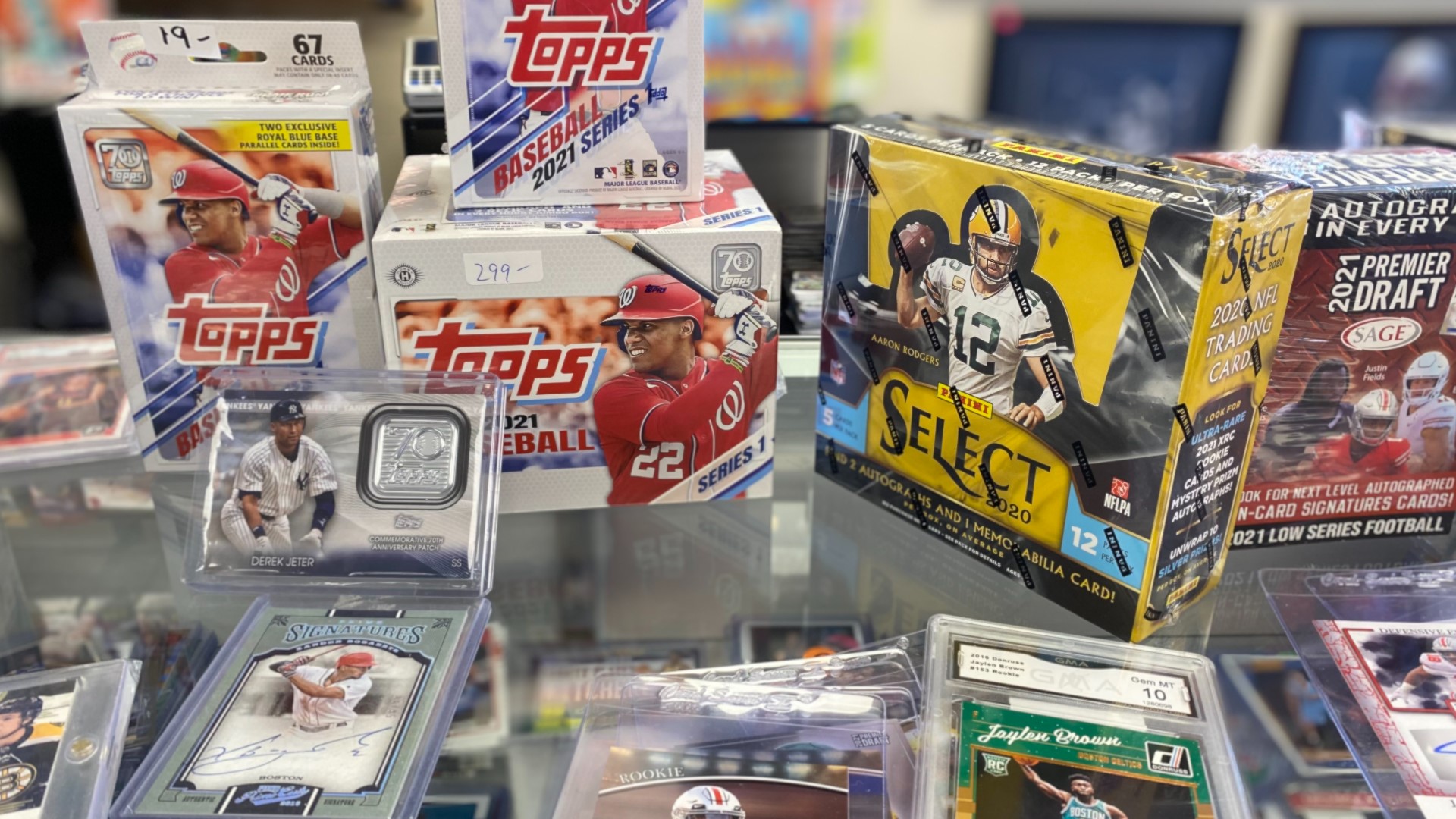 MAINE, USA — With more and more Americans staying at home during the pandemic, it's helped fuel the reemergence of a trend not seen on this scale since the 1990s: sports card collecting.

"The 90s, there was a little craze, but nothing like this," said owner of Maineiac Collectibles Aaron Werner.

Werner said he's been collecting cards since he was a teenager, and has never seen the industry as hot as it is right now.

"Some of the stuff has doubled, tripled in value," said Werner.

Werner said he had noticed a slow resurgence over the last few years but said when the pandemic hit was the real start to the current craze.

Early Tuesday morning, police said roughly $20,000 worth of sports cards were stolen out of J&R Cards in Brunswick. According to a Facebook post from the card shop, the items stolen were full boxes of cards.

Aaron Werner is the owner of Maineiacs Collectibles in Kennebunkport. He says some boxes, like the 2020 @PaniniAmerica Select Hobby Box (with Aaron Rogers) is worth $1500-$1600. And that's without knowing what may be inside pic.twitter.com/mY2sqaDDqn

RELATED: $20K worth of sports trading cards stolen from store in Brunswick

Some of them are hobby boxes, which are much harder to come by according to Werner, and can often contain rare cards.

Fairbanks said he's also seen a major surge in interest in sports cards over the last years. Fairbanks said it's not just one sport, either. Football, basketball, and baseball are all in high demand.

"A-rated rookie, even a couple years ago, a good player might've been $150, $250. Now graded, thousands of dollars," said Fairbanks when asked what the increase in value looks like among top cards.

Both Fairbanks and Werner said the increased interest in sports cards has helped keep businesses strong during a year many struggled.