Patience and resiliency: Tamin Lipsey's journey to the next level

Ames' Tamin Lipsey is one of the best basketball players in the state of Iowa, but his high school journey has not been easy. 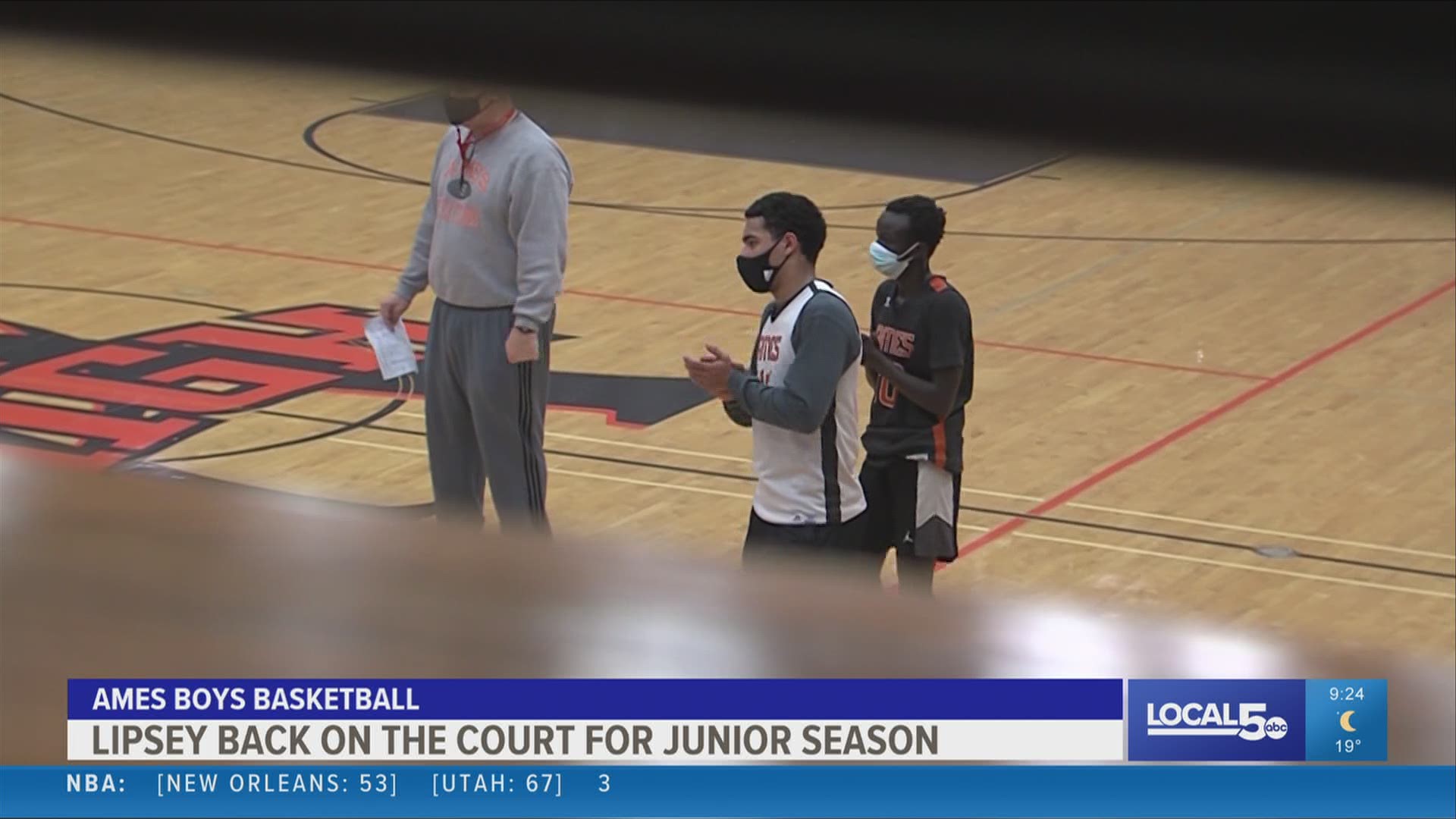 AMES, Iowa — In the past 10 months, many people learned a lesson in resiliency. Meanwhile, up in Ames, a junior guard was eight months ahead of everybody else.

"It was hard just watching, so that really built my patience up a lot," Ames junior Tamin Lipsey said.

Lipsey was not used to looking at the floor from the bench. Two years ago, he led the Little Cyclones in scoring as a freshman.

It is that competitor attitude that made Lipsey's Sophomore year difficult. Lipsey tore his ACL back in July of 2019. He missed his entire sophomore season and went almost two years without playing basketball for Ames High School.

"It helped me become a better teammate. I couldn't play with them but I would still be able to talk with them, help teach them," Lipsey said of his time recovering.

That's a long time on the sidelines for a competitor who was already receiving college offers.

"Tamin competes on everything and that's a quality you see out of those tremendous players over the years," Downs said.

Downs has certainly seen some of those players. Ames has a history of moving players up to college and the NBA.

"A lot of those guys went through Coach Downs. We know he's a great coach and he knows what it takes to get to the next level," Lipsey said. "The work pays off."

That is something Lipsey is familiar with after rehabbing his knee.

"All that work that I went through to get back out there paid off and now you just can't take anything for granted," Lipsey told Local 5.

Patience and resiliency, as Lipsey works to become another in the line of successful Ames alumni.

"I don't know where his ceiling is right now. He's one of those talents when they start talking about the league, it's a strong consideration," Downs said.