Rico Gafford is putting in the work to battle for a spot with the Raiders this season, and also just opened a new restaurant in the Drake Neighborhood. 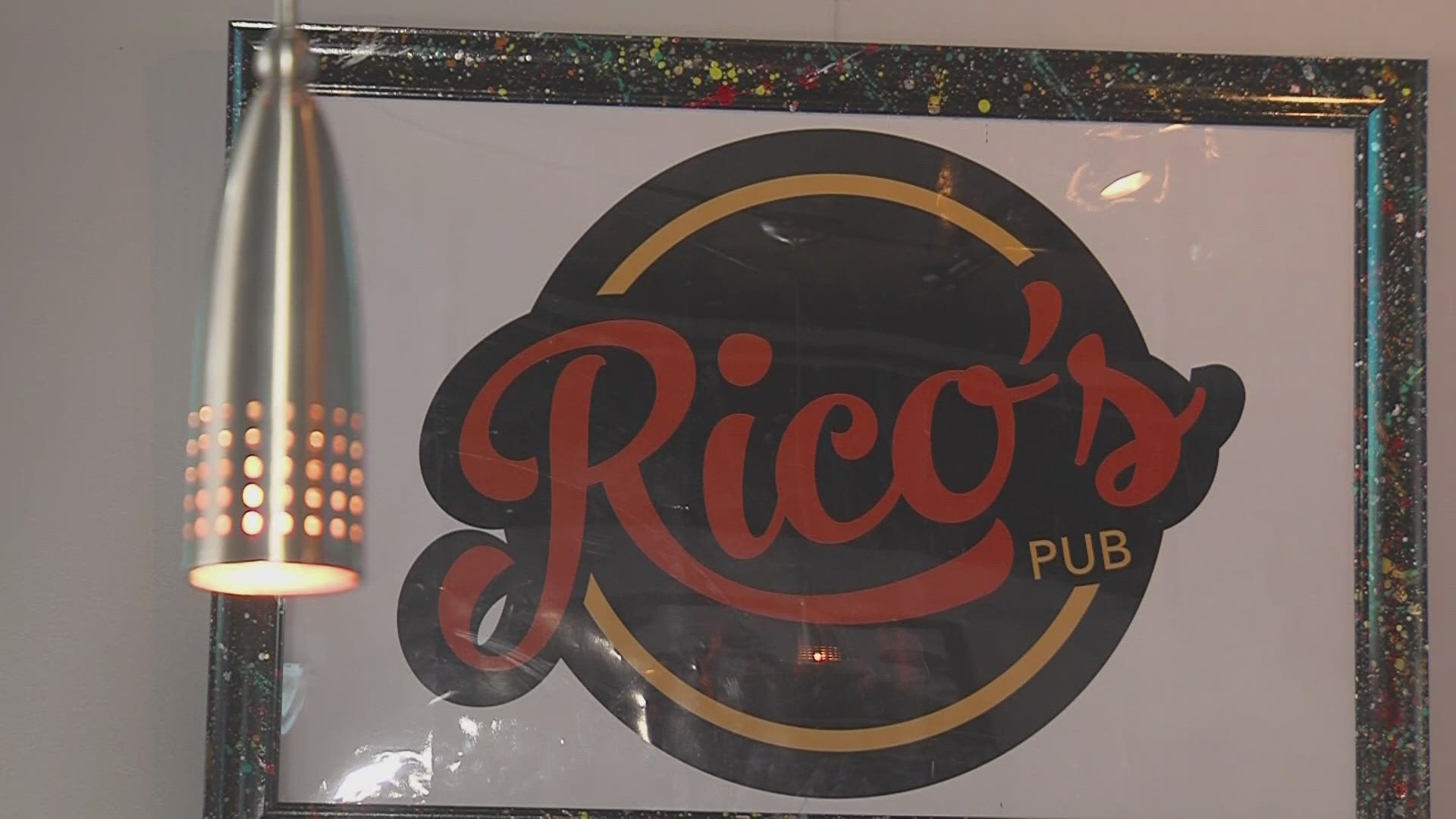 DES MOINES, Iowa — Making it to the NFL is tough enough—keeping your spot is even tougher.

But Des Moines native Rico Gafford is working hard for the Las Vegas Raiders ahead of the 2020 season. But he’s also found a new endeavor right here in his home town.

2019 was a big year for Gafford. He played in four games for the Raiders, catching his first career touchdown in Week 14.

“It was life-changing for me honestly. Just to see the black hole light up like that and just see the fans light up I honestly blacked out for a second.”

That one score has been a big part of the motivation for Gafford to continue to work at his craft this off season.

“My routes, my different little techniques ... just the small things that will help me in the future."

But when he’s not working out, you’ll likely find him at his new restaurant: Rico’s Pub.

“It’s crazy to think of I went to [Boy's and Girls' Club] when I was younger and one of the employees that worked there, helped me and bring me up through the years when I was young," Gafford said. "He came in here and was just like, wow you’ve done it. You made it to the NFL, you have a bar now it’s crazy to see.”

Gafford admits the bar idea wasn’t his. The thought came from his dad’s business partner.

“I’m giving her all credit for this she’s done a great job with this. I didn’t think of this but I’m happy and ecstatic for where it’s gone.”

In a little more than a week of being open, Rico’s has been plenty busy serving up wings, burgers, and something you are less likely to find at most places in town.

“Our catfish is doing really well as well because not a lot of bars sell catfish. So you can come in and have a drink and have catfish and shrimp. That’s a different type of vibe right there.”

The choice to put it in the heart of Des Moines’ Drake neighborhood was the other part of the vibe Gafford wanted.

“Being in a spot to where okay the eastsiders can come west Des Moines-ers come. Anybody can come to this point and you know come together and have a bite to eat enjoy time and spend time with me.”

That is the goal after all for Gafford. Be impactful within the community that shaped him.

Gafford says once we get back to a sense of normal, his goal is to start up a couple of nonprofits helping kids with school supplies. He hopes to help take care of 10 families for Christmas as well.

RELATED: Allen Lazard working hard to expand his role with the Green Bay Packers in 2020