The 2021 season will be the Warriors' final as one high school before splitting. 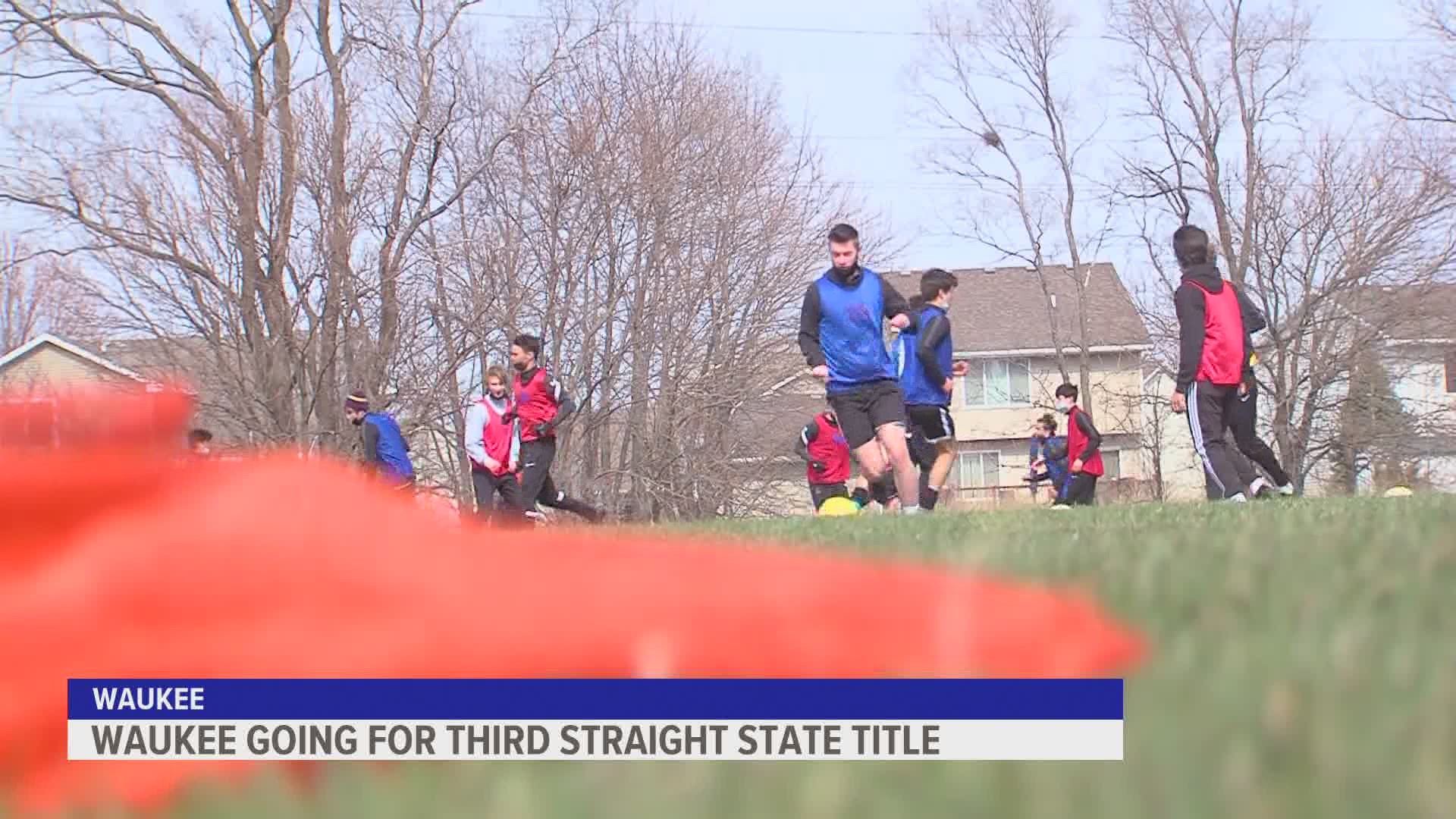 WAUKEE, Iowa — The Waukee Warriors spent their final week of practice before the regular season practicing through intense winds. That does not make for ideal practice conditions, but at least spring sports are able to practice.

"I'm not really a person that enjoys cold and wind and rain but at this point I'm just happy to be out here," Waukee Head Coach Carlos Acebey said.

High school soccer teams across the country know that well after their 2020 season was wiped out.

"We were all super frustrated. It was disappointing to miss out on a whole season because we were prepared to go for that third in a row," Senior Blake Jones told Local 5.

Jones was referencing three straight state titles. Waukee won back-to-back state titles in 2018 and 2019, but their run, like everybody else, was put on hold last season.

"It definitely changed what it means to us because we realize how quickly those things that mean so much to us, like playing soccer, can be taken away," Jones added.

But now spring sports are back and so are the Warriors.

"It has just made it worth even more, especially for me as a Senior," Jones said. "I know it's my last chance before I move on."

For the 2021 season, Waukee is loaded with depth. For proof just look at the more than 100 players in the program.

"It's a first time for us, even with our state championship teams we weren't nearly as deep," Acebey said.

"I definitely think our potential is up there with some of the past years that won championships," Jones added.

The team must get to the title game first and it all started Friday night with a 3-0 win over Roosevelt.