"Who's got two thumbs and is the celebrity guest picker tomorrow morning on ESPN for College GameDay? This guy," the Iowa native said on social media. 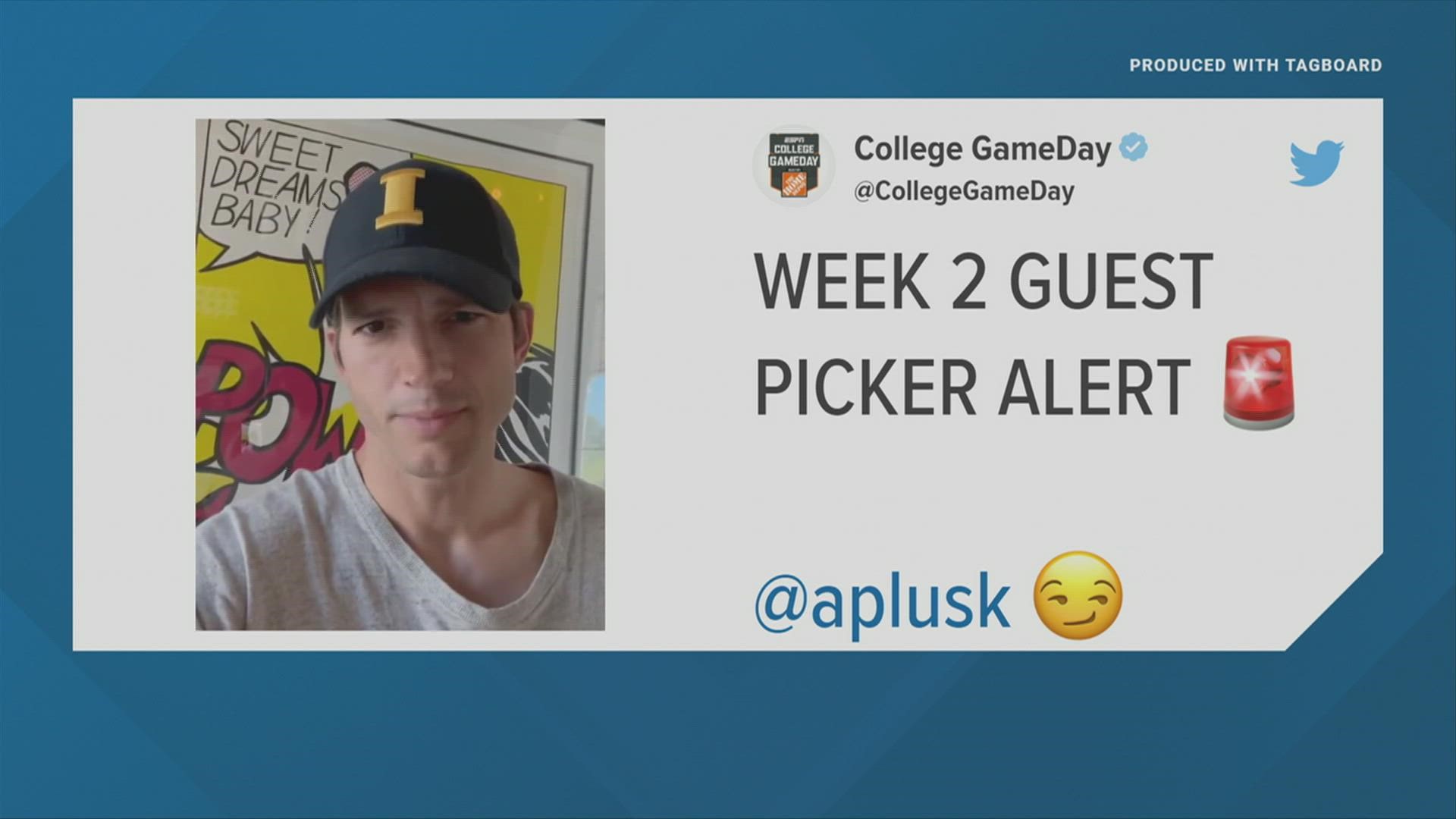 DES MOINES, Iowa — Cyclone and Hawkeye fans have been waiting to find out who the celebrity guest picker for ESPN's "College GameDay" will be for the Cy-Hawk game this year.

Friday night, the ESPN college football show tweeted a video of none other than Ashton Kutcher wearing a University of Iowa hat.

"Who's got two thumbs and is the celebrity guest picker tomorrow morning on ESPN for 'College GameDay'? This guy," the Iowa native said.

"College GameDay" will broadcast from 8-11 a.m. from outside Jack Trice Stadium in Ames. Kutcher's Instagram post says he will be on TV at 10:30 a.m.

It is Kutcher's job to predict the winner of the Iowa-Iowa State game, though it isn't hard to guess who the actor is rooting for.

Kutcher was born in Cedar Rapids and briefly attended the University of Iowa before moving to Los Angeles.

The last time "College GameDay" broadcasted from Ames was for the same rivalry game on Sept. 14, 2019. It was the first time broadcasting from ISU's campus.

RELATED: 5 things you should know before heading to the Cy-Hawk showdown Saturday