Sixteen-year-old Josh Ternyak designed online game to spread awareness of the benefits of the COVID-19 vaccines. 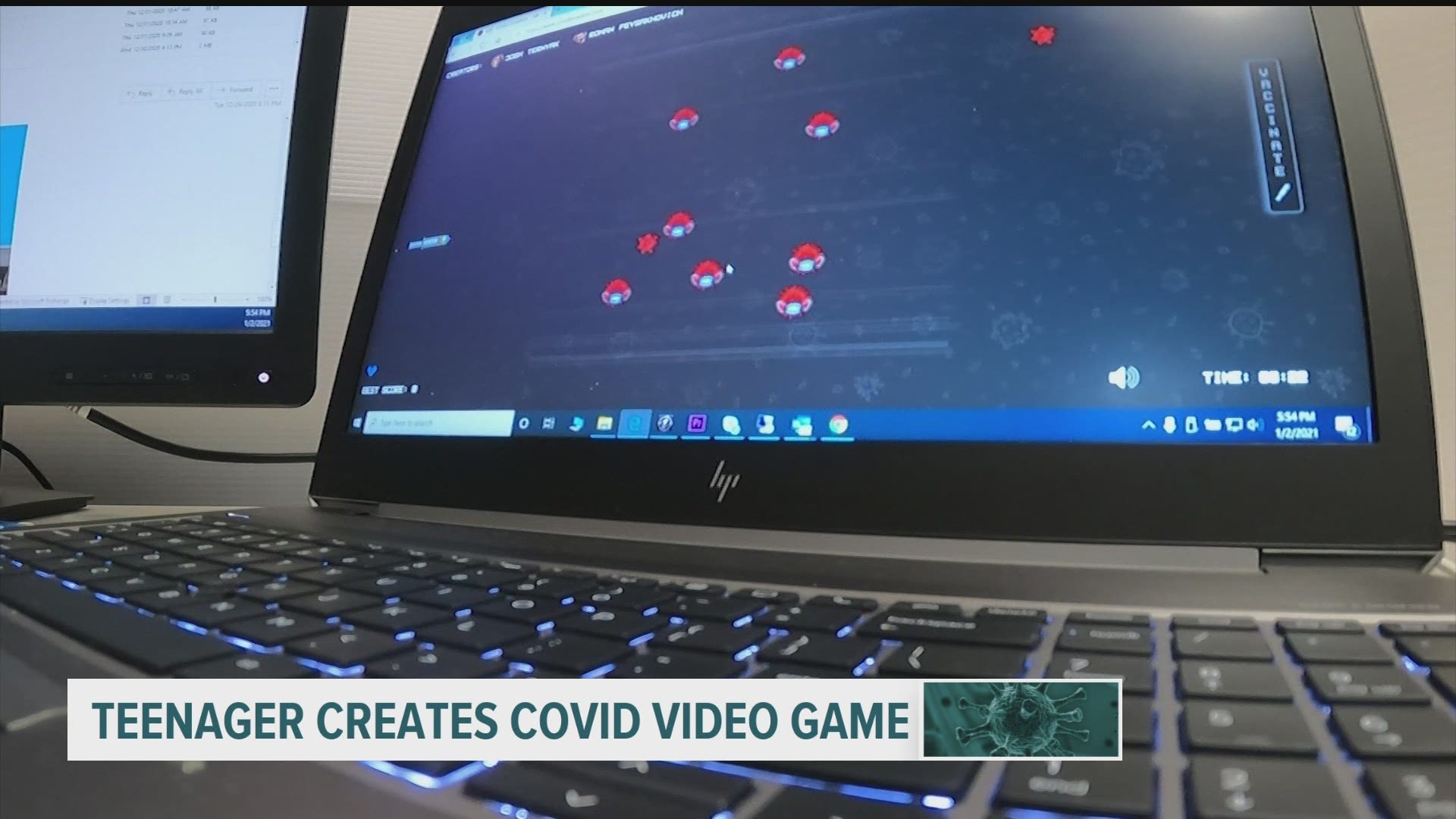 MINNESOTA, USA — Josh Ternyak is a 16-year-old computer wiz.  He learned how to write computer code when he was just 11 years old, but he didn't really get into it until a couple years later. Three years in, Ternyak's friend, Roman Peysakhovich, made a suggestion.

"He told me I should build something that would help illustrate what the vaccine is, so it can help kids really understand what it is and what it does against the virus," Ternyak recalls.

So, he started think. And then it hit him.

"I thought to myself, 'Why not build a video game that you can play online really easily,' and then COVID Invaders came to mind," he said.

COVID Invaders is a web-based video game people can play on their computers or phones.  The player controls a syringe and shoots the vaccine at the oncoming virus.

He also said that he is able to track where the game is being played.  He said he has seen people play it not only across the country, but even in Europe.

And while Ternyak created a game, he said he knows the coronavirus and the vaccine are not. He said his goal is "to spread awareness about the vaccine and to shed the vaccine in a positive light because many people online are saying negative things about it, and i just want to do something that's positive."

The musical track of the game, which Ternyak voices himself, includes familiar safety reminders like social distancing.  He also includes information from the CDC about the benefits of vaccination.