A diesel spill occurred Friday at a Pilot truck stop on Douglas Avenue. 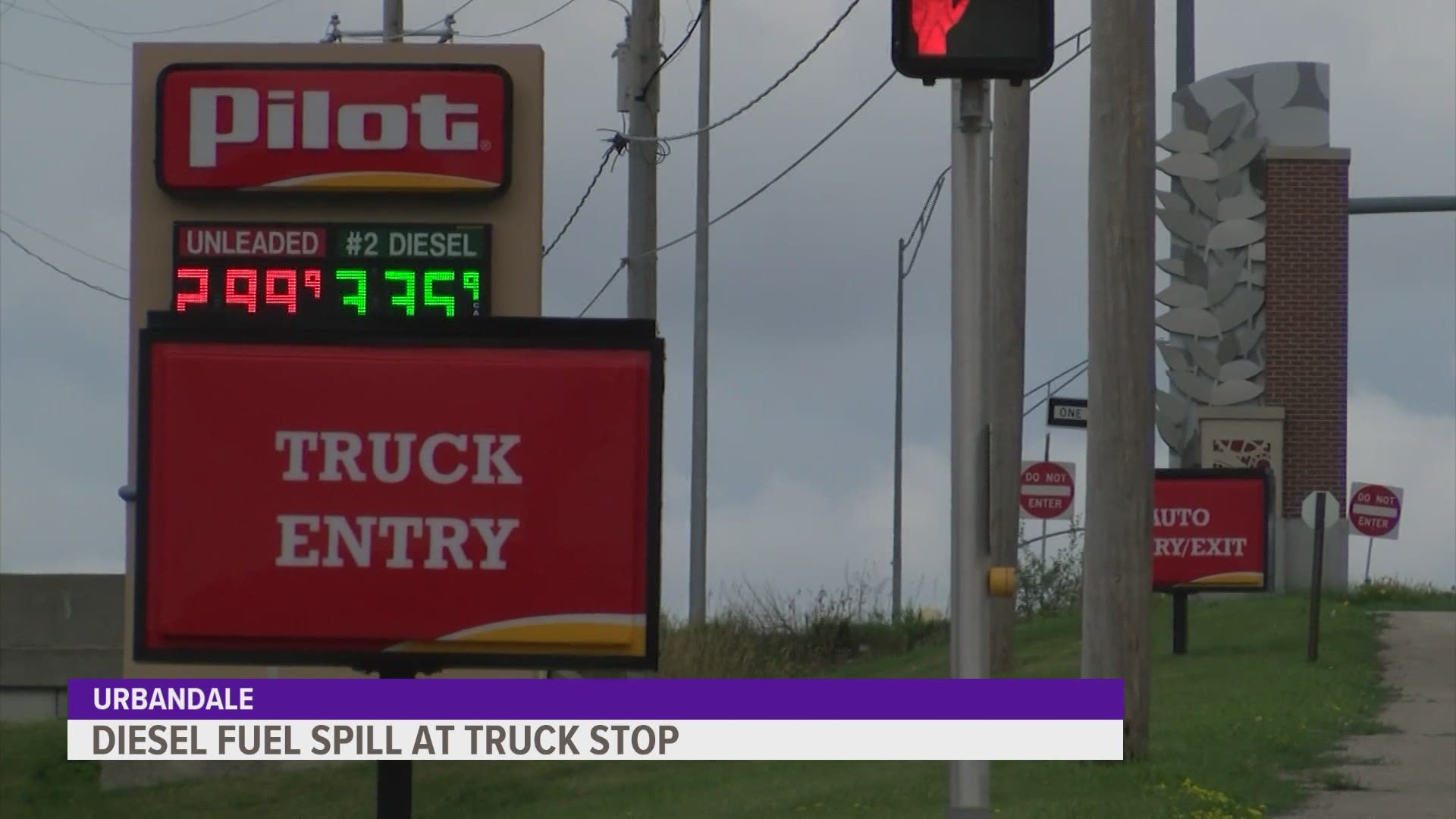 URBANDALE, Ill. — A diesel spill occurred Friday at a Pilot truck stop on Douglas Avenue according to the Iowa Department of Natural Resources (DNR).

Leaders said a truck reportedly hit a diesel fuel dispenser and knocked it off its base around 2:30 p.m. Friday. The fuel spilled out onto the pavement during a severe storm, which caused some of it to bypass the mechanisms in the storm sewer drains that are intended to separate oil from water. The DNR said they believe some of the fuel leaked into Walnut Creek from the storm sewers, but investigators didn't see any diesel sheen at checkpoints downstream.

The fuel on the pavement at the truck stop has been cleaned up, and an environmental contractor will be flushing any remaining fuel from the sewer drains. The contractor will also clean up as necessary in Walnut Creek and the wetland that flows into it.

The DNR does not know how much fuel was spilled.