This was Michael Regan's first visit to Iowa since being confirmed by the Senate in March. 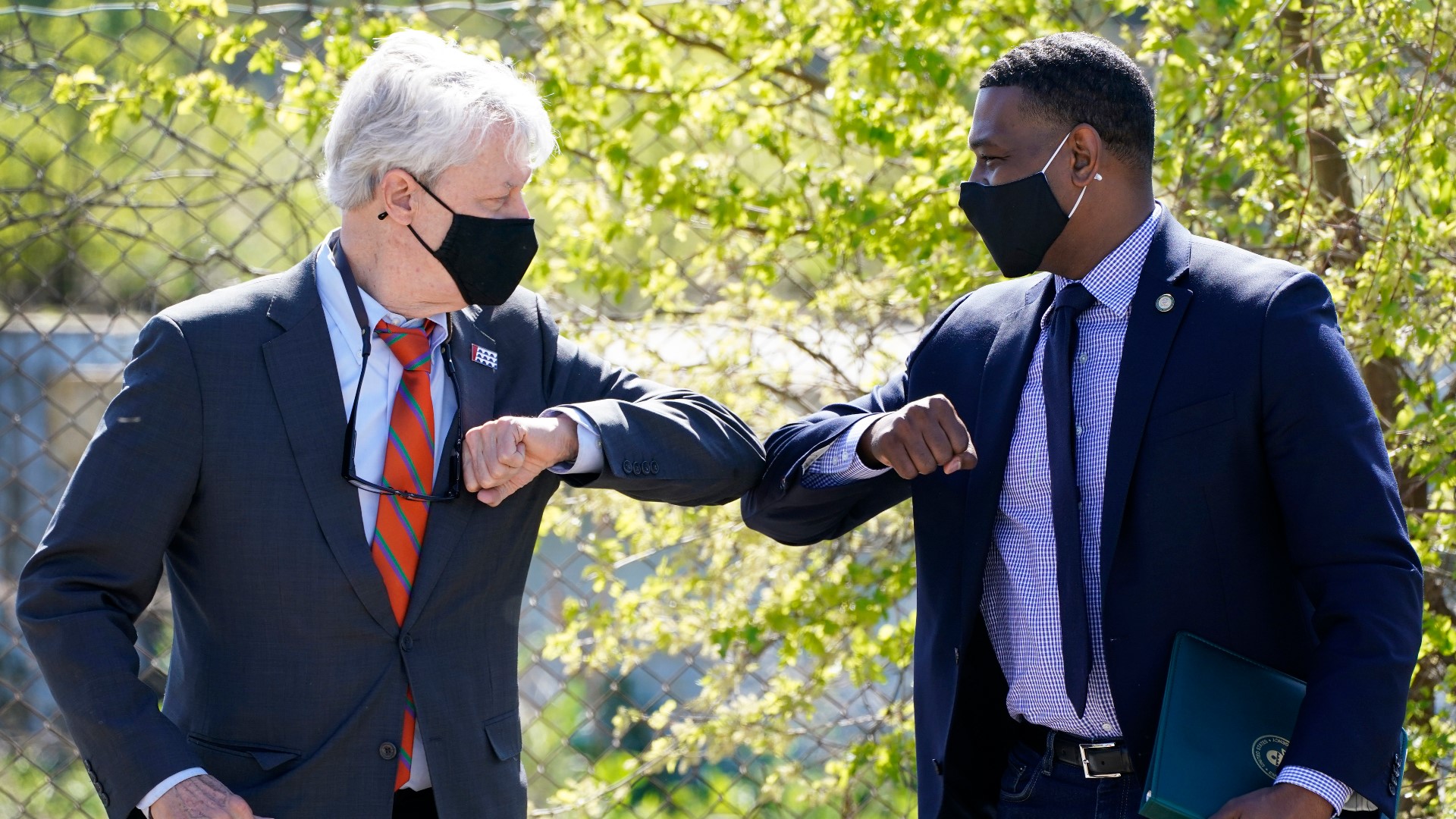 DES MOINES, Iowa — It's been an eyesore in Des Moines for nearly four decades, and now the former Dico site is one step closer to being safely redeveloped.

Tuesday, the Environmental Protection Agency (EPA) held the first public event at the site since a February court settlement determined the City would now be able to take over the 43 acres of land from its previous owner, Titan Tire.

The site, a hub of toxic chemicals and pollutants, has been on EPA's Superfund National Priorities List of hazardous areas needing response since 1983. Mayor Frank Cownie said the City had to go through a lot of "red tape" to finally acquire the land and safely demolish it.

To mark the occasion, EPA Administrator Michael S. Regan made his first visit to Iowa since being confirmed by the Senate in March.

"The city has been suffering with this blight for decades, and at EPA, we know that it's not just about the clean-up," said Regan. "It's about what to come after."

.@EPAMichaelRegan visits Iowa for the first time as EPA Administrator. He says returning toxic sites like this to productive use are a top priority for the EPA. “The City of Des Moines has had ample time to imagine the possibilities, and I believe you’re ready for development.” pic.twitter.com/kv4o8cYgx6

Before any of the new developments can get underway, the EPA and the City of Des Moines will get to work demolishing several buildings on site.

The EPA will demolish the area's most toxic parts, which will cost around $3 million, according to an EPA District 7 spokesperson. The costs will be paid for by Titan Tire, the previous owner and 'Potentially Responsible Party' (PRP).

The site, placed on the national superfund list in 1983, has sat unused for decades. Now, Mayor Cownie calls this 43-acre location “a doorstep to greatness and growth in the City of Des Moines.” pic.twitter.com/LarnwsEtwQ

"A massive and long-awaited clean-up will get underway," said Mayor Cownie.

"[It will open] the door to unique ideas and new development opportunities, creating a vibrant vista on these 43 acres of potential."