Polk City leaders are easing the process of securing a contractor while sharing the cost of soil quality restoration. 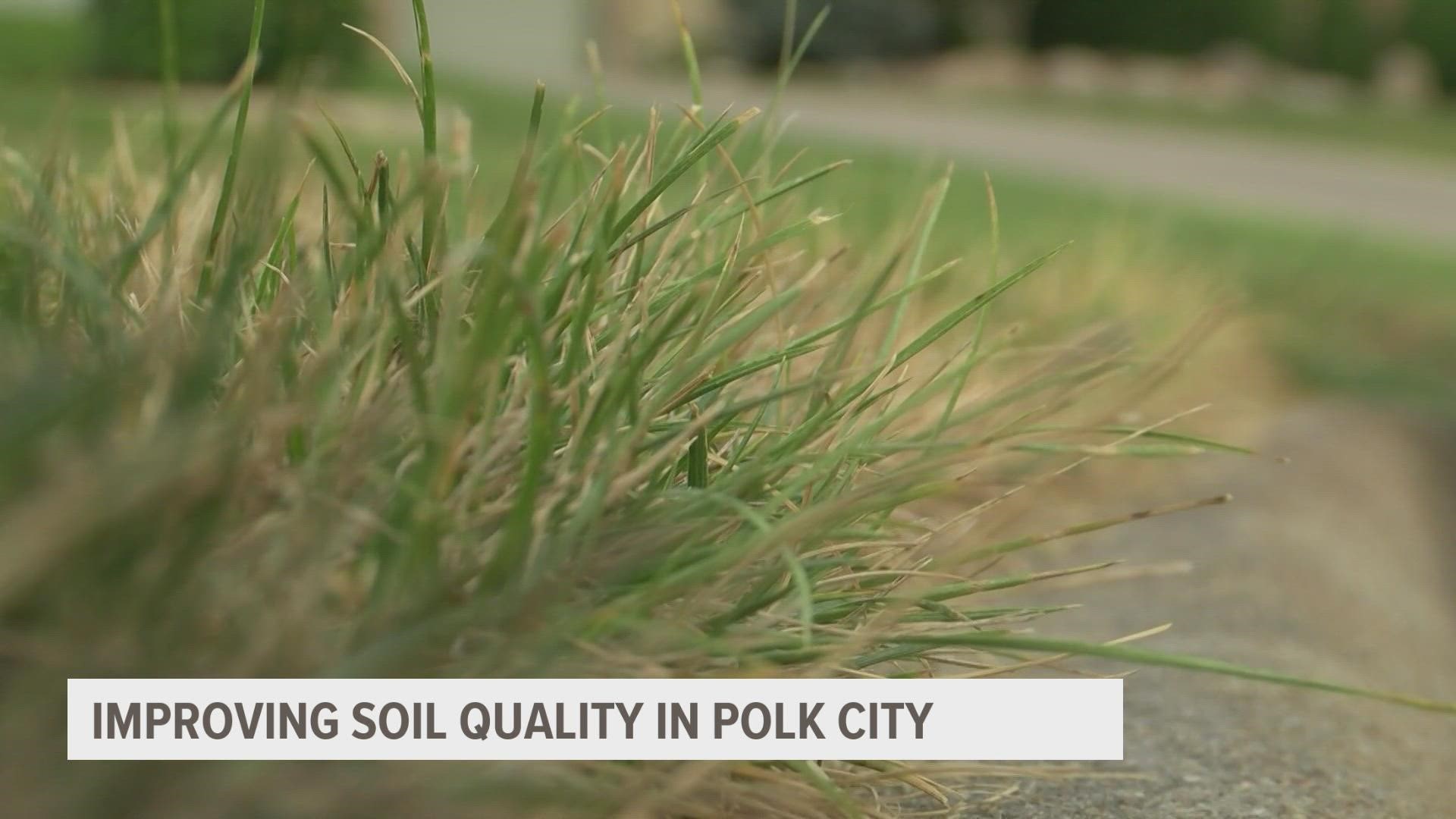 POLK CITY, Iowa — Growing a green lawn can be a challenge during a drought and a heatwave. It can be even tougher when your property's soil quality is less than ideal.

Her soil quality problems, according to Turner, started even before her home was built.

"I know that the developers tend to remove all the topsoil. [There's] machinery on here, so they're just compacting the clay. Then they just lay the rows of sod on top," she said.

Jeff Walters, Polk City resident and city councilman, has had similar issues. He and a few neighbors got together to try to build up their soil.

"We had a very labor-intensive weekend of wheelbarrowing around compost and raking it out across the yard in an effort to build that topsoil level and increase the overall soil quality health," said Councilman Walters.

Polk City leaders are trying to change that. But instead of doing it one house at time, they're trying something different.

"It's not easy to line up a contractor for them to come do one property," said Chelsea Huisman, city manager for Polk City.

So, instead of leaving that to resident and then offering to reimburse them. The city is making all the arrangements.

"We are the first community in the state of Iowa that is trying this approach," Huisman said.

The city has contracted with Lewis Lawn & Labor, LLC to complete the work, which is set to begin in September.

"They're excited that we are out there getting ready to address those issues. They have a lot of good questions," said Justyn Lewis, owner of the lawn company.

The city is covering 50% of the cost of the work for each property, up to $1000. According to city leader, once applications to participate became available, slots filled up fast.

"We have enough funding to do approximately 50 homes in town.  We've received 87 applications to date.," said Huisman.

Leaders say the city will reap some benefits, too.

"The benefit to the city is hopefully we're impacting our storm sewers less; we're not paying as much for sanitary fees," said Councilman Walters.