The motorcyclist was taken to the hospital Sunday. 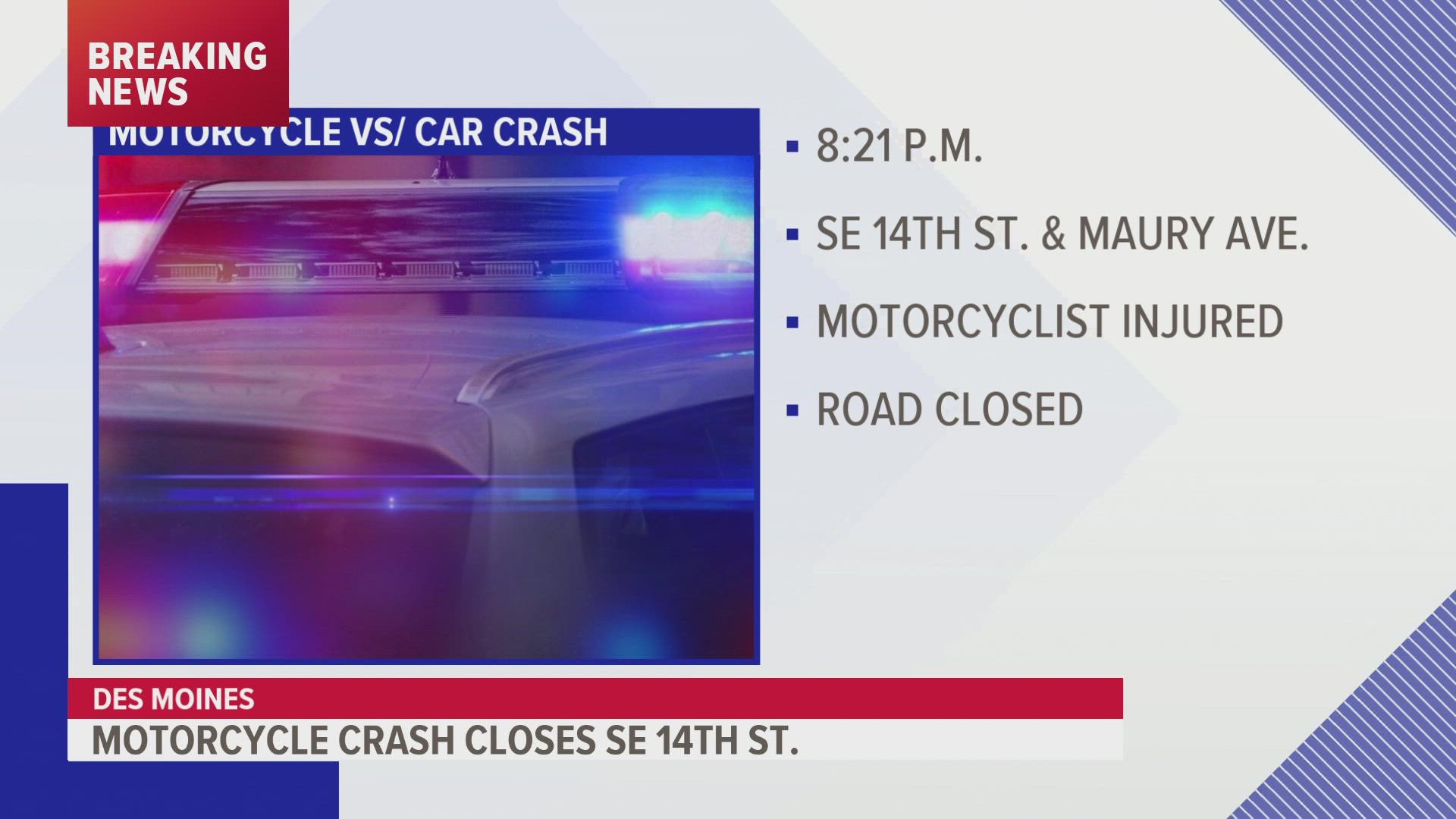 DES MOINES, Iowa — EDITOR'S NOTE: The above video is from Aug. 22

One person was taken to the hospital with serious injuries after a collision between a motorcycle and car Sunday night, according to the Des Moines Police Department.

The crash occurred at 8:21 p.m. at the intersection of SE 14th Street and Maury Avenue.

That's when DMPD says the car tried to make a left turn onto Maury St when the two vehicles collided.

"Witnesses reported that both vehicles appeared to be attempting to pass through the intersection on a 'yellow' light," a release says.

The motorcycle driver remains hospitalized in critical condition. The driver of the car was not injured.

Local 5 will update this story with more information as it becomes available.