Police said a 45-year-old West Des Moines resident died shortly after being taken to the hospital. 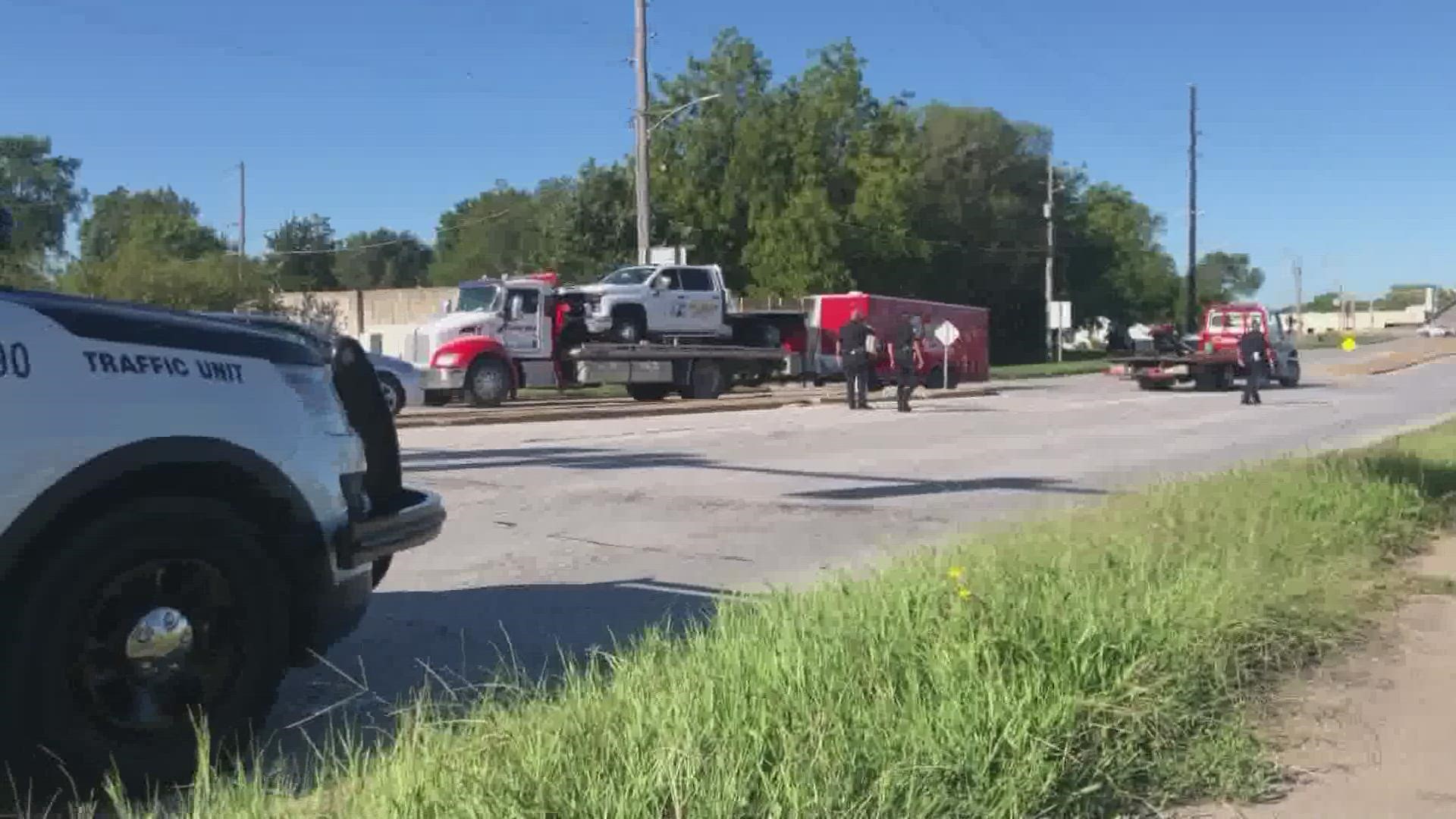 DES MOINES, Iowa — A motorcyclist has died after a crash in the 2100 block of Guthrie Avenue Wednesday morning, according to the Des Moines Police Department.

Police and medics arrived at the scene to find a 45-year-old West Des Moines resident seriously injured. He was taken to the hospital and died about an hour later.

Police said the man was driving west on Guthrie Avenue when a pick-up truck pulling a trailer turned east out of a parking lot. The motorcycle then hit the trailer.

Police said the motorcyclist's speed seemed to be a significant factor based on preliminary evidence and witness statements. The driver was wearing a helmet.

Guthrie Avenue was closed in both directions between Delaware Avenue and Interstate 235, but has since reopened.

Police have not released the name of the motorcyclist.

***TRAFFIC ALERT***
Guthrie Ave., both directions, is temporarily CLOSED between Delaware Ave. and I-235 (exit/entry ramps are not affected). DMPD/DMFD are on scene of a crash involving serious injuries. Please avoid the area. pic.twitter.com/MgaWCaGnLF

***Confirmed fatality crash. Road closure expected to be in place until approximately 10:00 a.m.