Two occupants in a truck were pronounced dead at the scene, according to the Iowa State Patrol. 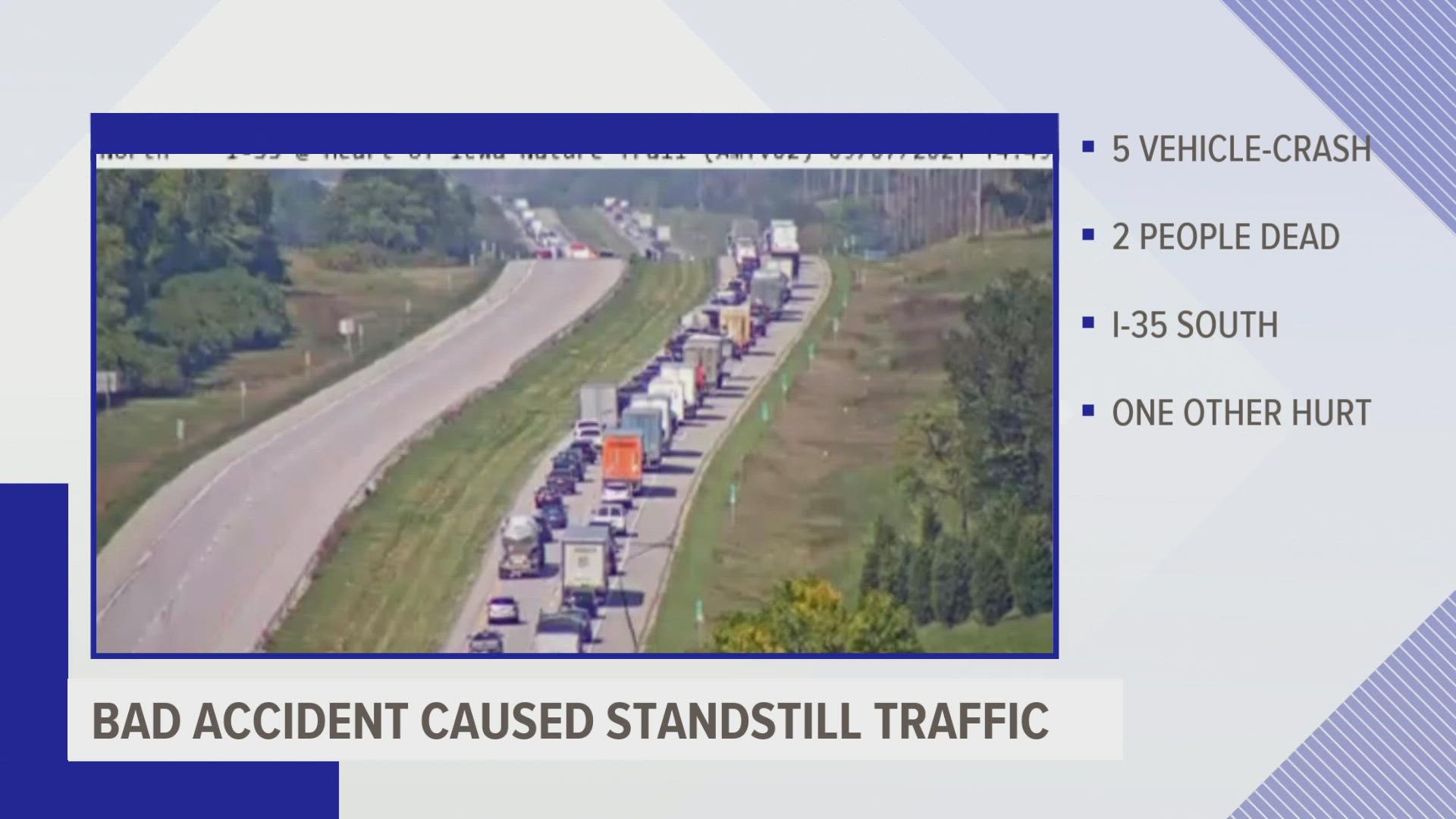 HUXLEY, Iowa — Two people are dead following a multi-vehicle accident on Interstate 35 near the Huxley exit Tuesday afternoon, according to the Iowa State Patrol.

Gordon and Nora Martens of Van Meter were pronounced dead at the scene.

Sgt. Alex Dinkla said the crash happened around 1:45 p.m. Tuesday. A semi traveling southbound on I-35 near the 106-mile marker crashed into the trailer of another semi and then hit a van and a truck. This then caused the truck to crash into the back of another semi.

Another person with serious injuries was transported by ambulance to a local hospital.

Four semis and two other vehicles in total were involved in the crash.

RELATED: Behind the scenes of the Iowa DOT command center