Jack-knifed semi brings I-80 traffic to a halt, conditions still dangerous amid clean-up

All lanes on I-80 near Newton were blocked due to the accident. Weather conditions are still dangerous, and officials say travel is not recommended. 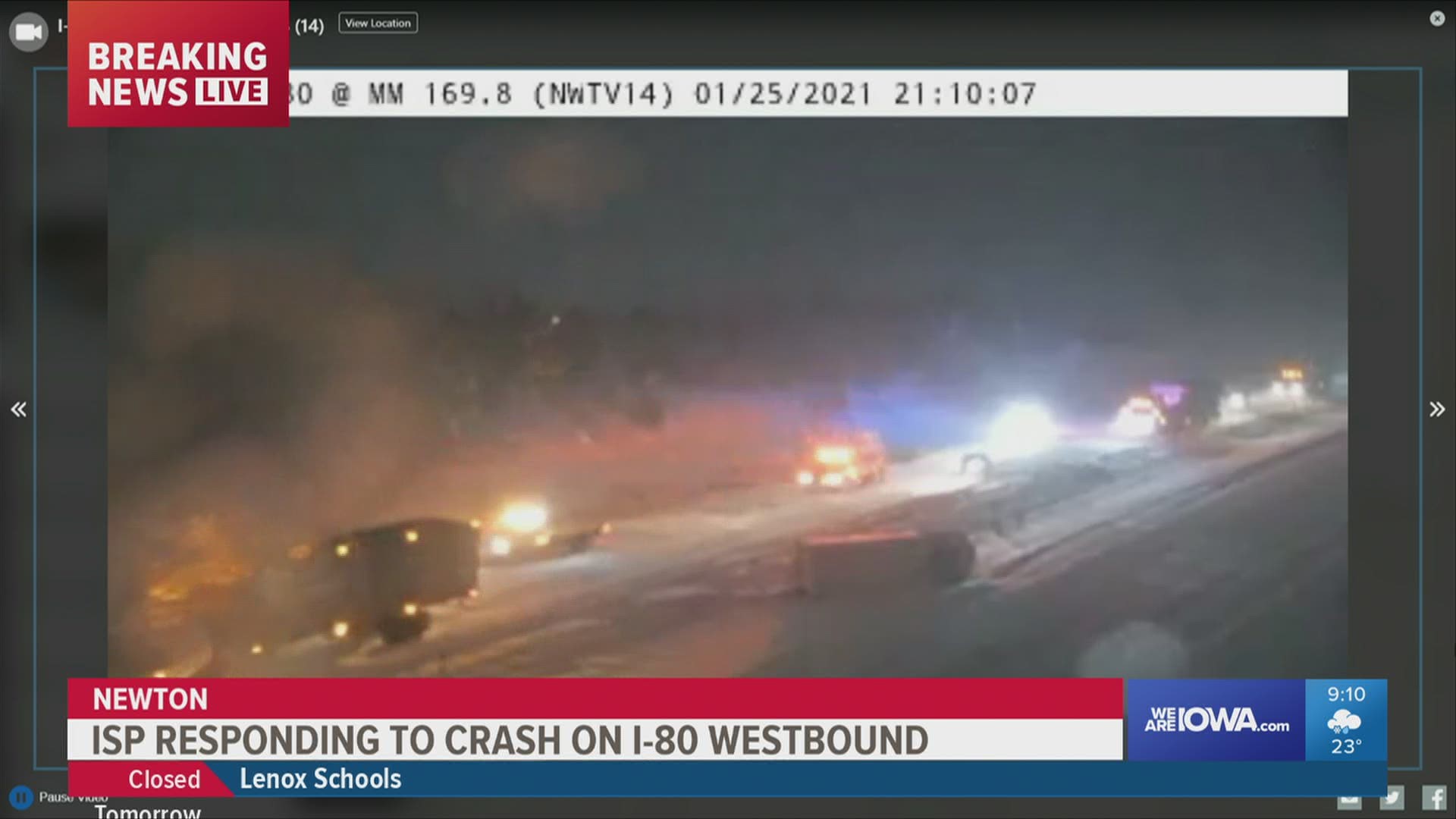 NEWTON, Iowa — Clean-up is underway near Newton after a jack-knifed semi slid into the median of I-80 westbound Monday night, causing several cars to swerve into the right ditch to avoid the semi.

No injuries were reported in the accident, according to Sgt. Alex Dinkla with the Iowa State Patrol.

Tow is on the scene to clear the road. For now, only one lane is open, Dinkla said.

All of this happened as heavy snow fell across Iowa, forcing businesses and schools to close through Tuesday.

Chief Meteorologist Brad Edwards confirmed this snowstorm is the biggest of the season so far and said travel is not advised through the evening.

Jack-knifed semi on WB I-80, blocked all lanes. Line of cars slid into a ditch trying to go around semi.

One lane is open, and thankfully no injuries.