Muscatine hotel ranked No. 20 in the nation by Tripadvisor

The Merrill Hotel on Muscatine's riverfront has been ranked #20 in the country. The city says that's good for the entire town. 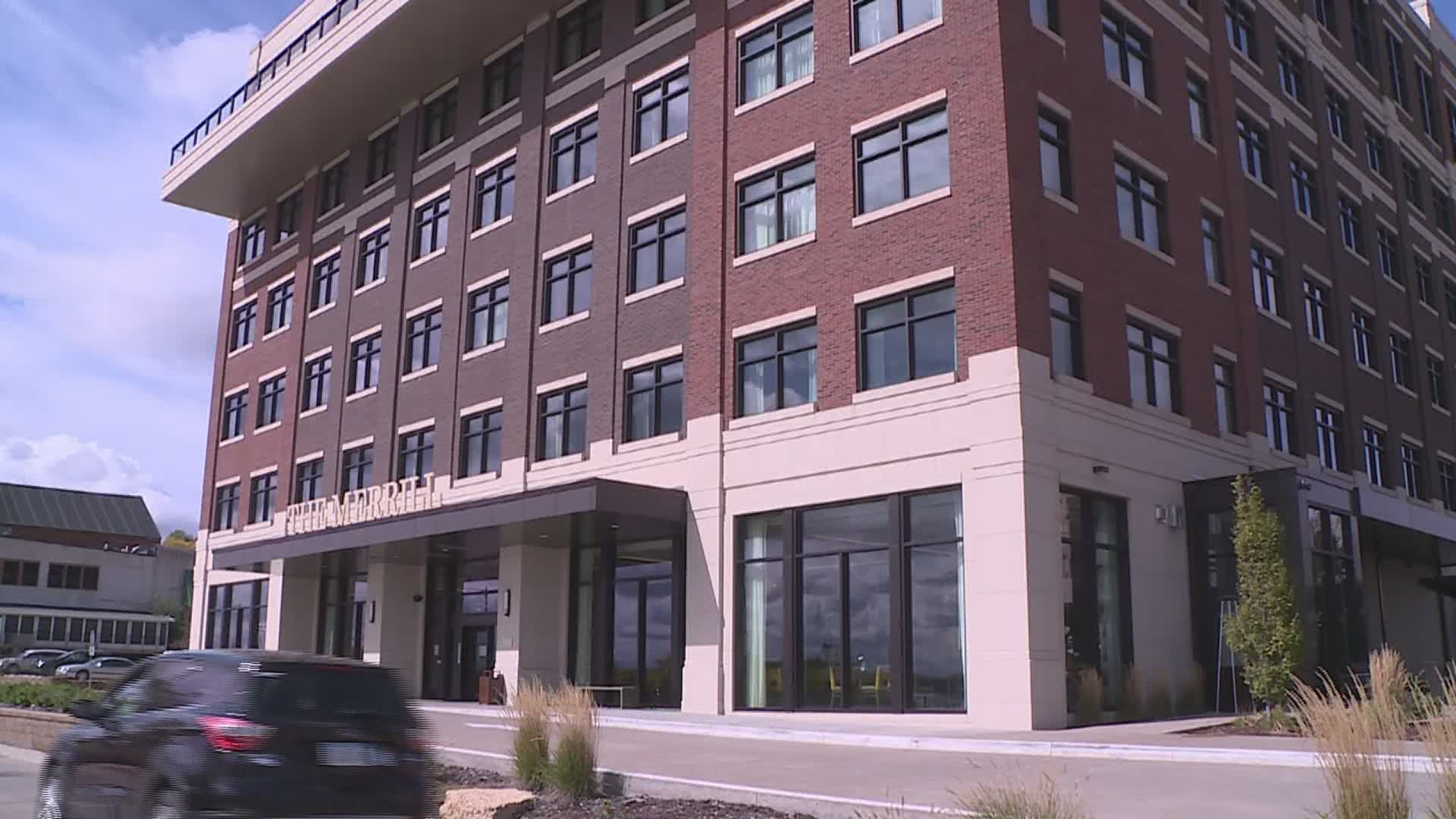 MUSCATINE, Iowa — The popular travel website Tripadvisor has named The Merrill Hotel in Muscatine as the 20th best hotel in the country, based off of guest reviews.

Merrill was built only two years ago, along Muscatine's riverfront, and was a $42 million project. Hotel staff say this award was a wonderful surprise, especially considering the significant toll the pandemic has taken on the hospitality industry. Nationwide, they say occupancy has dropped by 63% since this time last year.

"Travel is much slower than it was," said Lee Belfield, General Manager of the Merrill. "The hotel business clearly has been hit hard."

All of that, says Merrill, makes being awarded by Tripadvisor that much sweeter. This comes shortly after the hotel was ranked #1 in Iowa for 2020, according to a U.S. News & World Report.

"On balance, I think it's a greater achievement under these circumstances than it would have been under ordinary circumstances," said Belfield.

RELATED: THIS WEEK: The tourism nightmare

He said extensive sanitation, routine cleaning, no-contact bookings and a close-knit, hospitable staff have helped push the Merrill to the top.

The Merrill Hotel is honored to be recognized as the Traveler’s Choice No. 20 rated hotel in the nation according to...

Posted by The Merrill Hotel, Muscatine, A Tribute Portfolio Hotel on Thursday, September 24, 2020

Erik Reader, President and CEO of the Greater Muscatine Chamber of Commerce, says you don't see something like this happening in communities the size of Muscatine, and that economic development throughout the area will benefit from the hotel's accomplishment.

"Over the next two years, it's gonna just get people wanting to explore their own backyards more, which is good for us," he said. "The Merrill's still a baby - at two years old - but having something like that... you expect other good things to happen."

RELATED: Seven-hour flight to nowhere sells out in 10 minutes

The hotel pays about $500,000 in property taxes each year, but Reader says that they contribute more than just the money.

“As people start to get more comfortable traveling, this is gonna be great.”

Reader says Muscatine has several new shops, restaurants and housing developments on the way, which will all benefit from increased tourism and conferences at the Merrill, once the pandemic begins to subside.

"It all shows Muscatine is continue to move forward," said Reader. "And we're ready to be resilient for the future."