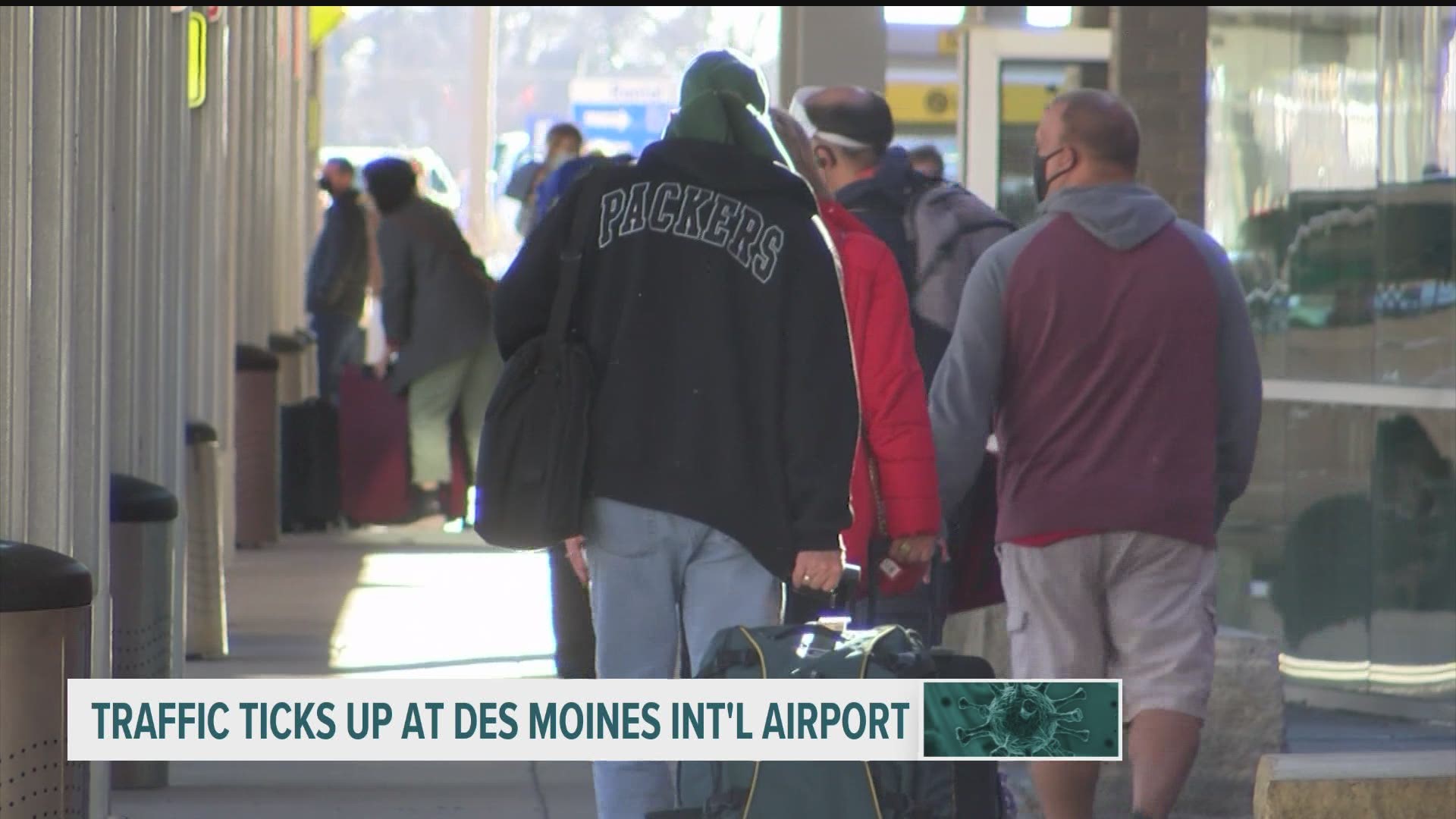 DES MOINES, Iowa — EDITOR'S NOTE: The above video is from December 2020

Iowans hoping to plan a summer getaway will soon have access to more nonstop destinations from Des Moines International Airport.

One-way fares will start at $59, with service from Des Moines beginning on July 1, 2021, according to a release.

The initial fares are not available on all flights, Allegiant said. Travelers must purchase travel by Feb. 10, 2021 for travel by Aug. 16, 2021.

“The announcement of three new routes builds on the energy and excitement of the Allegiant base opening on July 1,” Des Moines Airport Authority Executive Director Kevin Foley said. “Iowans eager to travel will undoubtedly be thrilled with nonstop service to San Diego, Portland, and Houston, where they can relax and explore.”

The announcement of the new flights comes roughly a year-and-a-half after Allegiant Airlines said it would use Des Moines International Airport as one of its home base locations.

The airline had intended to open the base of operations, which would create at least 60 new jobs, in May 2020, but the plan was delayed due to the coronavirus pandemic.