The Austin airport is expecting a lot of travelers for the holiday weekend. 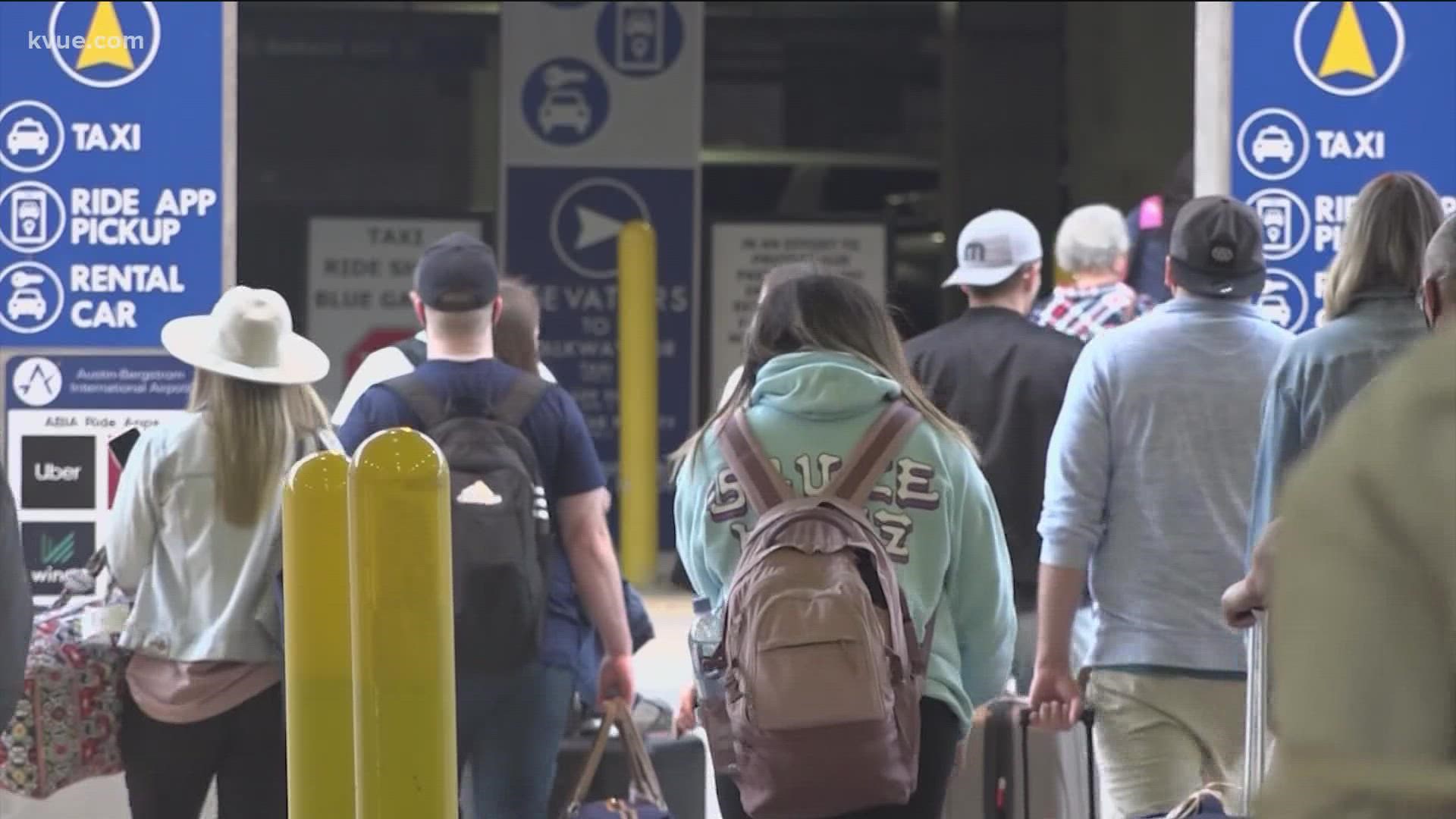 AUSTIN, Texas — If you're flying for Labor Day, Austin's airport is expecting continued crowds and a busy holiday weekend.

On Thursday, the TSA forecasted 24,500 flyers would pass through security checkpoints at Austin-Bergstrom International Airport (AUS). Even more are expected on Friday.

For comparison, one of the busiest days at the airport during the pandemic was the Friday before Independence Day, when 27,312 people passed through AUS checkpoints.

The airport recommends that flyers departing during the peak flight hours, especially before 8 a.m, arrive two and a half hours early.

As a reminder to travelers, the new Texas law that allows people who legally own a gun to openly carry it does not apply at the airport, a federally regulated facility.

Travelers can still bring guns on trips, but the TSA has strict rules for how they should be handled. The gun should be unloaded, packed and locked in a hard case and declared ahead of time as part of checked luggage.

So far this year, screening officers have caught 71 guns at AUS checkpoints. In August, they caught three in one day. Those three travelers said they forgot the guns were in their bags, so remember to double-check your luggage before arriving at the airport.

According to AAA Texas, August travel bookings are in line with 2019 travel bookings, which was a record-breaking year for travel. Some of the top destinations from Texas include Mexico, Hawaii, Alaska, the Caribbean and national parks.

Texas' 'Heartbeat Act' is now law. How would lawsuits work?