The goal of the Iowa Traffic Fatality Reduction Task Force is to bring traffic fatalities in the state to 300 in 2021. In 2020, 338 people died in traffic accidents. 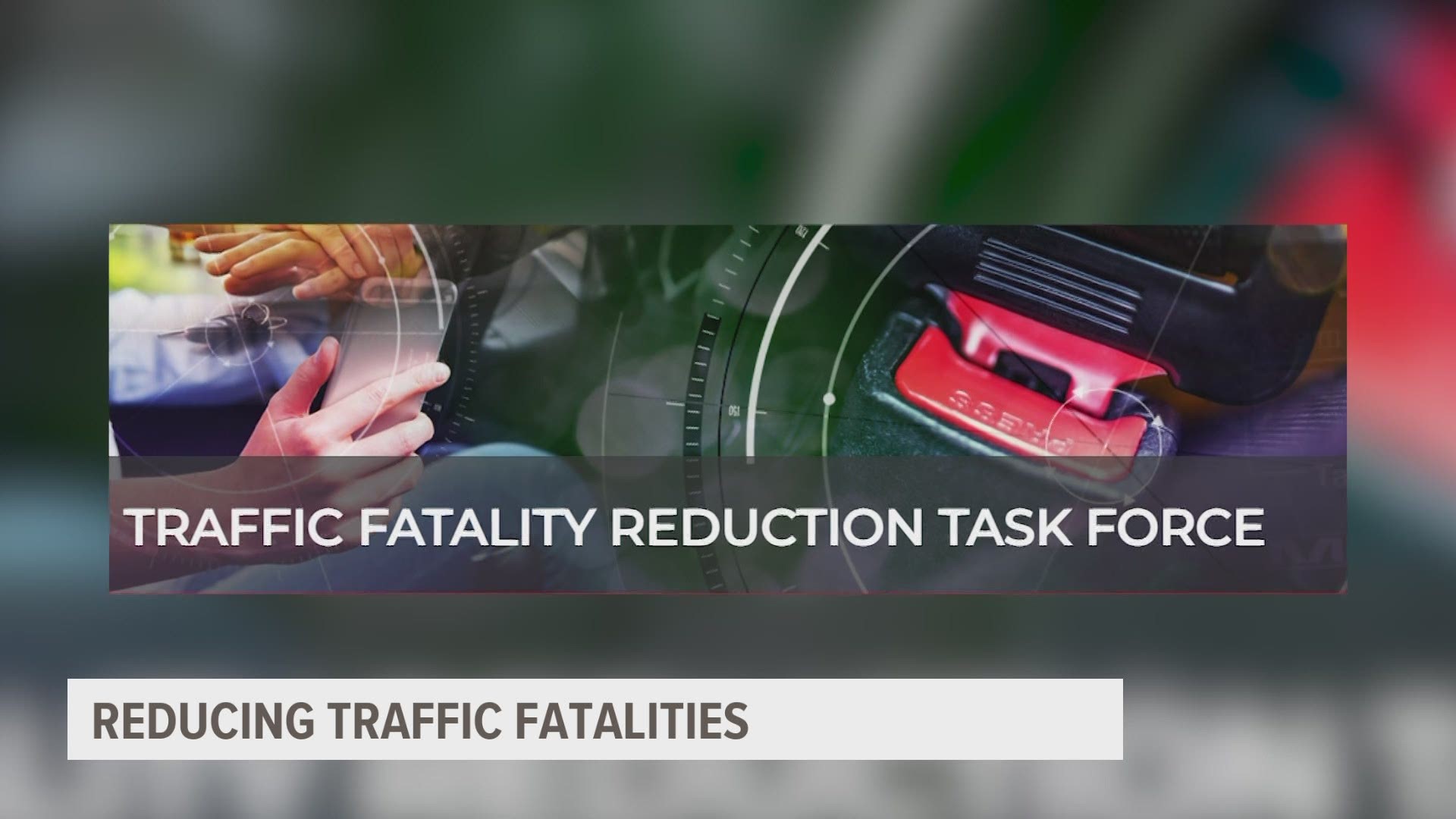 It's a number the Governor's Traffic Safety Bureau thinks is too high, so they, along with multiple other law enforcement agencies came together to form the Iowa Traffic Fatality Reduction Task Force.

Traffic deaths in the state have plateaued around the 330 mark the past few years. And the number hasn't been below 300 since 1925/

The task force is hoping to curb traffic fatalities through enforcement, legislation, education and engineering.

St. Patrick's Day was the first part of the group's enforcement strategy.

Iowa State Patrol deputies and law enforcement officers were out looking for people who were driving under the influence or not wearing their seatbelt.

"We have a statewide seatbelt compliance rate of over 95 percent," Governor's Traffic Safety Bureau Chief Patrick Hoye said. "Yet, over 40 percent of our fatalities are unbuckled [people not wearing seatbelts]."

Three other enforcement dates were chosen for this year: June 9-12 focusing on impaired driving, Sept. 16 focusing on excessive speeding and Oct. 2-4 focusing on distracted driving.

Hoye said that's when an increased amount of fatalities happen on the roads.

He added the majority of traffic fatalities happen not on main roads like highways or busy streets, but in more rural parts of the state.

"You know when we were looking at the crash data what was kind of an eye-opener, most of the serious injuries and fatality crashes we're looking at in the state of Iowa is running about 80 percent rural," Hoye said.

Another way the task force is looking to reduce deaths is by trying to reduce the number of times workers will have to do maintenance on highways, since those areas can be very dangerous.

"They [task force] are looking at the duration of how long paint lasts on a highway and they are going to be testing new products that will increase the life span of the center markings," Hoye said. "So if it doubles in time, that's going to reduce seeing the [Iowa DOT] safety vehicles out on the roadways."

The task force plans to add more guard rails on highways and teaching more about road safety to teens during driver education courses.

A year from now, they will evaluate their methods and see if their means for reducing fatalities are working.

RELATED: US traffic deaths spike in 2020 amid pandemic

RELATED: Iowa roads deadlier than anticipated in 2020, state hopes to change that in 2021